The Worland Lady Warriors went into Powell Tuesday afternoon 1-1 early in the 2021 Wyoming 3A Girl’s Soccer season. With an opening season loss to Wyoming 4A Sheridan Lady Broncs 4-1, and a 3-0 win over Riverton on Saturday.

Powell Lady Panthers were 0-3 for the season losses to Buffalo 6-1, Cody 8-0, and Green River 3-0  only having scored one goal on the season.

Carley Yule would score first for the Lady Warriors 3:34 into the game. It wouldn’t be her last score. She would score again with 23:08 left in the 1st half on a penalty kick.

Freshman starter Nayeli Aguayo would score her first High School goal at the 10:55 mark in the first. She would not be done either. Carley Yule would add her 3rd goal with 7:32 remaining.

With 2:58 left in the 1st half Yahaida Aguayo would score her first High School goal. By the end of the first half Nayeli would score her second goal and the Lady Warriors would take a 6-0 lead into the half.

The Lady Warriors had 22 shots on goal in the first half to Powell’s zero.

In the second half the Lady Warriors would get another 19 shots on goal with scores from Senior Captain Kylie Warren at the 30:45 mark and from Sophomore Peyton Erlenbaugh at the 7:24 mark in the second half.

Worland had 41 shots on goal to Powell’s one. The Lady Warriors would get the 8-0 win in their conference opener.

Next up for the Lady Warriors is Mountain View at home on April 10th at 12 noon. Just before the WHS Prom.

Listen to the game live on KWOR 104.7FM/1340AM or online at mybighornbasin.com

Also like us on Facebook at KWOR1340 for the latest in Warrior and Lady Warrior news. Warrior Stance with Chance every Wednesday from 5-6pm the-is weeks guest is Worland Warrior Boy’s Soccer Head Coach Ron Overcast. 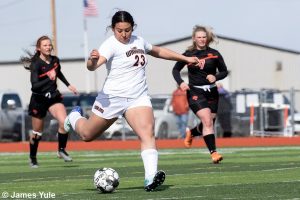 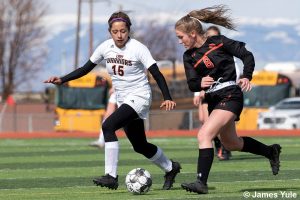 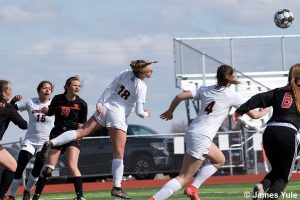 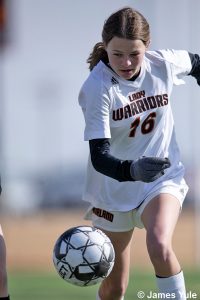 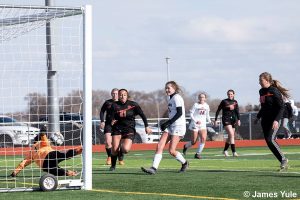 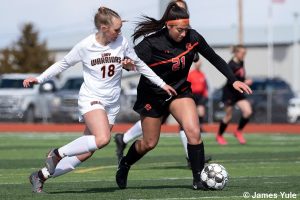 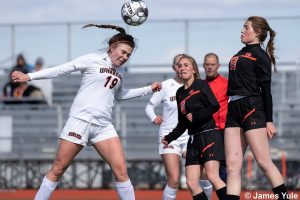 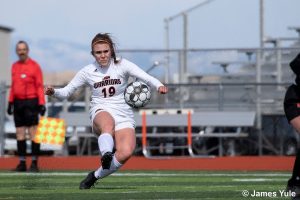 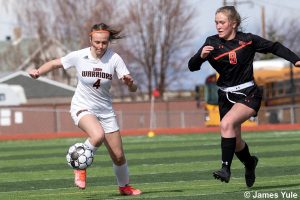 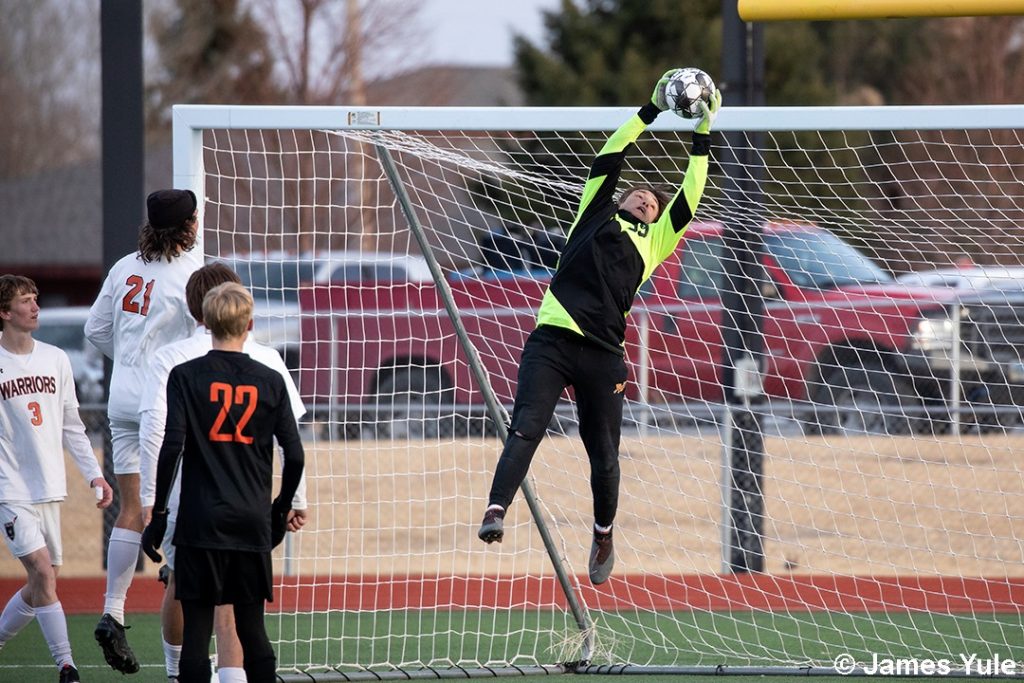