Although much of the smoke in the air in the Big Horn Basin is coming from the California wildfires and other blazes west of us, several local fires have contributed to the poor air quality in the last week.
The Dallas fire was discovered yesterday morning on the Bridger-Teton National Forest about 20-miles southeast of Moran. The fire is located just south of Hidden Lake in the Gros Ventre Wilderness area. The Forest Service is fully suppressing the lightning-caused fire. It is currently smoldering in timber and there are no closures in effect.
Two other fires that have been burning in the Big Horn Basin are mostly under control, according to the Bureau of Land Management.
The 2,448-acre Potter Butte Fire south of Worland is now 100% contained. The fire was started by a lightning strike last Thursday, burning about 19 miles south of Worland and 13 miles east of Kirby. Firefighters from Washakie and Hot Springs counties, U.S. Forest Service, Bureau of Indian Affairs and BLM provided a quick, interagency response.
And as of Sunday, the Zimmerman Fire northeast of Thermopolis was 50% contained, after burning 3000 acres. 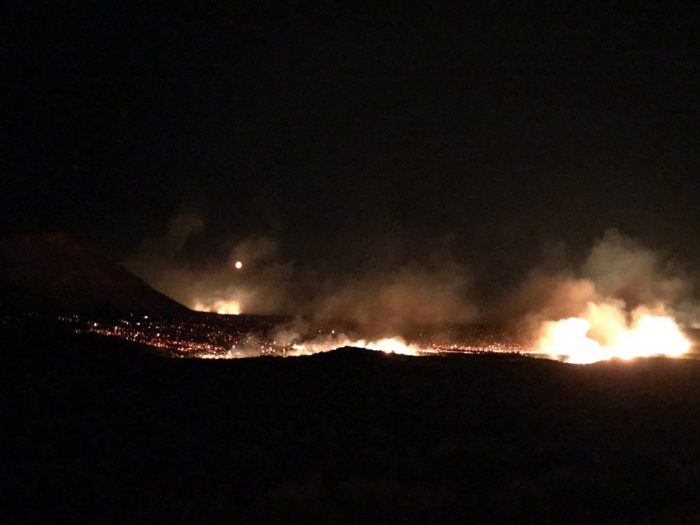