Visitation to Yellowstone and Grand Teton brings a huge boost to local economies.
At a luncheon yesterday celebrating Cody’s relationship to the surrounding state and national parks, Yellowstone Superintendent Dan Wenk commented on the economic impact that Yellowstone has on gateway communities such as Cody. He referred to a new National Park Service report which shows that 4.1 million people visiting Yellowstone last year spent $498.8 million in communities near the park. That spending supported 7,354 jobs in the local area and had a cumulative benefit to the local economy of $629.6 million.
Wenk’s counterpart at Grand Teton National Park, David Vela, added, though, that improving the visitor experience will be key in continued economic growth. He says that with increased visitation also comes increased impact on the infrastructure of the Parks – so planning now for the future is critical. 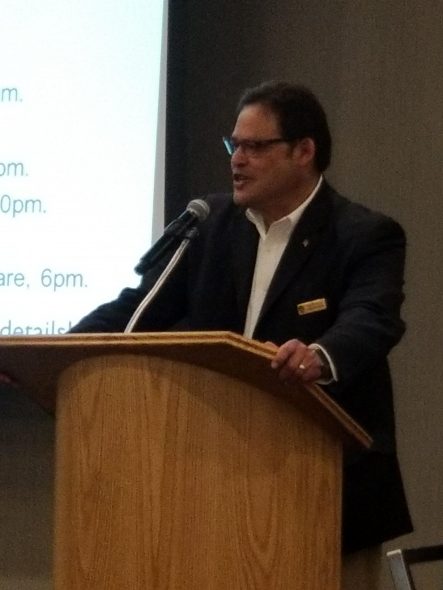