For decades, mountain lions have been hunted in part because reducing their numbers will reduce their conflicts with humans and livestock.

A new study suggests the exact opposite has happened.

The study, which collected information from several decades across several states, analyzed the differences between 10 western states that permit cougar sport hunting and California, which does not. The authors’ initial reasoning was California should have significantly higher cougar density, human conflicts, and cougar depredations on livestock, while also having lower deer densities due to the cougars not being altered by hunting. The numbers tell a different story.

California actually had a lower density of mountain lions than four other states, one of the lowest per capita rates of human conflicts, and no difference in the average loss of livestock in California and the other 10 states. And deer densities? The second highest across the entire West. Meanwhile, in Oregon, the more cougars killed with sport hunting, the higher their estimated cougar population. And Utah and Washington saw higher kill rates of cougars by sportsmen resulting in higher human-cougar conflicts. And all states saw lower deer densities.

The authors’ conclusion is that mountain lion hunting should only be promoted as recreational, not management. You can see the results yourself in the PLOS ONE study “The elephant in the room: What can we learn from California regarding the use of sport hunting of pumas (Puma concolor) as a management tool?”

You can examine the complete research paper here: https://journals.plos.org/plosone/article?id=10.1371/journal.pone.0224638 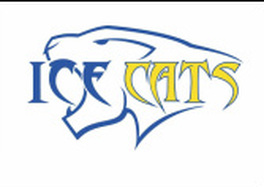