Written by Associated Press on December 9, 2022

KYIV, Ukraine (AP) — Russian President Vladimir Putin acknowledged Wednesday that his “special military operation” in Ukraine is taking longer than expected but said it has succeeded in seizing new territory and added that his country’s nuclear weapons are deterring escalation of the conflict. 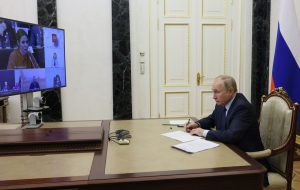 “Of course, it could be a lengthy process,” Putin said of the more than 9-month-old war that began with Russia’s invasion Feb. 24 and has displaced millions from their homes, and killed and wounded tens of thousands. Despite its length, he showed no signs of letting up, vowing to “consistently fight for our interests” and to “protect ourselves using all means available.” He reiterated his claim that he had no choice but to send in troops, saying that for years, the West responded to Russia’s security demands with “only spit in the face.”

Speaking in a televised meeting in Russia with members of his Human Rights Council, Putin described the land gains as “a significant result for Russia,” noting that the Sea of Azov “has become Russia’s internal sea.” In one of his frequent historic references to a Russian leader he admires, he added that “Peter the Great fought to get access” to that body of water.

After failing to take Kyiv due to fierce Ukrainian resistance, Russia seized broad swaths of southern Ukraine at the start of the invasion and captured the key Sea of Azov port of Mariupol in May after a nearly three-month siege. In September, Putin illegally annexed four Ukrainian regions even though his forces didn’t completely control them: Kherson and Zaporizhzhia in the south, and Donetsk and Luhansk in the east. In 2014, he had illegally annexed Ukraine’s Crimean Peninsula. 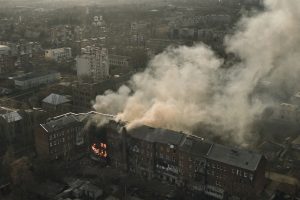 In response to an increasing influx of advanced Western weapons, economic, political and humanitarian aid to Kyiv and what he saw as Western leaders’ inflammatory statements, Putin has periodically hinted at his potential use of nuclear weapons. When a member of the Human Rights Council asked him Wednesday to pledge that Russia would not be the first to use such weapons, Putin demurred. He said Russia would not be able to use nuclear weapons at all if it agreed not to use them first and then came under a nuclear strike.

“If it doesn’t use it first under any circumstances, it means that it won’t be the second to use it either, because the possibility of using it in case of a nuclear strike on our territory will be sharply limited,” he said.

Putin rejected Western criticism that his previous nuclear weapons comments amounted to saber-rattling, claiming they were “not a factor provoking an escalation of conflicts, but a factor of deterrence.”

“We haven’t gone mad. We are fully aware of what nuclear weapons are,” Putin said. He added, without elaborating: “We have them, and they are more advanced and state-of-the-art than what any other nuclear power has.”

In his televised remarks, the Russian leader didn’t address Russia’s battlefield setbacks or its attempts to cement control over the seized regions but acknowledged problems with supplies, treatment of wounded soldiers and limited desertions. 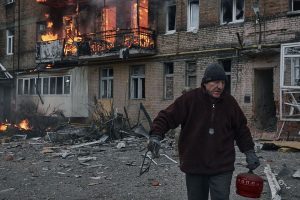 Russian troops have withdrawn not only from the Kyiv area and around the country’s largest city, Kharkiv, but from a large part of the Kherson region. Another problem for Putin are attacks this week against air force bases deep inside Russia. He put much of the country, especially border areas, on security alert recently, and fresh signs emerged Wednesday that Russian officials are strengthening border defensive positions.

In the Kursk region bordering Ukraine, the governor posted photos of new concrete anti-tank barriers — known as “dragon’s teeth” — in open fields. On Tuesday, the governor had said a fire broke out at an airport in the region after a drone strike. In neighboring Belgorod, workers were expanding anti-tank barriers and officials were organizing “self-defense units.” Belgorod has seen numerous fires and explosions, apparently from cross-border attacks, and its governor reported Wednesday that Russia’s air defenses have shot down incoming rockets.

Moscow responded with strikes by artillery, multiple rocket launchers, missiles, tanks and mortars at residential buildings and civilian infrastructure, worsening damage to the power grid. Private Ukrainian power utility Ukrenergo said temperatures in eastern areas where it was making repairs had dropped to as low as minus 17 degrees Celsius (near zero Fahrenheit).

At his meeting, Putin discussed the mobilization of 300,000 reservists that he ordered in September to bolster forces in Ukraine. He said only about 150,000 have been deployed so far to combat zones and the rest are still undergoing training. Addressing speculation that the Kremlin could be preparing another mobilization, Putin said: “There is no need for the Defense Ministry and the country to do that.”

— Ukraine’s presidential office said Russian forces overnight struck nine regions in the east and south, and resumed using Iranian-made Shahed drones after supply difficulties. First appearing in Ukraine in late August, the Shahed drones were Moscow’s weapon of choice to cause power blackouts. Britain’s Ministry of Defense said last month Russia was running out of the drones but would probably seek replacements.

— In the city of Kherson, a 43-year-old waterworks employee was killed when Russian shelling ignited a fire and damaged residential buildings, the presidential office said. In the Donetsk region, Moscow is pressing an offensive near Bakhmut and Avdiivka, with some 20 towns and villages under fire, the General Staff of the Armed Forces of Ukraine said. Ukrainian President Volodymr Zelenskyy said four Kherson police were killed dealing with mines Russian forces left behind when they retreated.

— The U.N.’s human rights office documented 441 killings by Russian forces in three regions, including the town of Bucha, early in the war. The head of the U.N.’s monitoring mission in Ukraine, Matilda Bogner, said it has no information that Russia has been investigating or prosecuting alleged crimes in Ukraine, while Ukrainian authorities are struggling to do so because of the “sheer volume of allegations and forensic challenges.”

— NATO Secretary-General Jens Stoltenberg said Russia appears to be slowing its military activities in Ukraine for the winter to regroup and launch a new offensive when the weather warms. Stoltenberg said at a Financial Times event it’s important for NATO and its partners to continue supporting Ukraine, especially with no sign of peace talks.

— An Orthodox priest from eastern Ukraine has been sentenced to 12 years in prison for passing military information to Russian forces, Ukraine’s prosecutor general reported. Authorities have been searching sites tied to the Russian-backed wing of the Ukrainian Orthodox Church.

— Ukraine’s top diplomat said its diplomatic missions have faced attacks in the past week, with more than 30 suspect packages, including some containing animal parts, sent to embassies and consulates in 15 countries. Foreign Minister Dmytro Kuleba said the deliveries have occurred in Italy, Poland, Portugal, Romania and Denmark, as well as a consulate in the Polish city of Gdańsk. 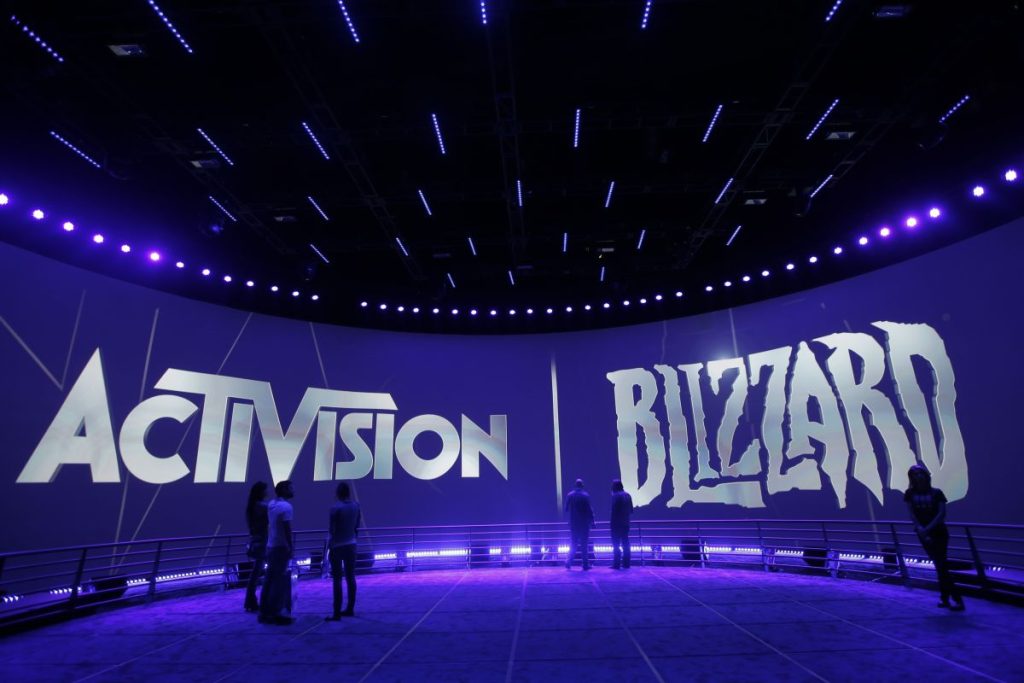