Izzy Radakovich and Ally Boysen are like two peas in a pod. They do everything together from practicing against one another to playing the same position and even get interviewed together. The ‘Red Devil’ tandem, a nickname given to them by All Schroeder due to their red hair, are becoming quite the combination down low for Filly Hoops. Both stand roughly five fee-ten inches tall and have combined to average 8.5 points per game and are pulling down 8.5 rebounds per contest. As the basketball season resumes for Filly Hoops I caught up with the two of them. Ally says, while there is some light hearted trash talk between the two of them it’s great to have a teammate that will push her to be the best she can be.

“It’s definitely nice because you want to have the same type of competition in a practice that you will in a game and I think me and Izzy definitely when we guard each other at practice, we’re not going easy and we’re both wanting to better each other and better ourselves. So we go 110 percent the whole time. And it really just helps us cause it prepares us for the game and really puts us in the right mental state.”

Now that the holiday break has concluded and the team has a game week ahead, Ally talks about the benefit of the extended practice time over the holidays.

“It’s been nice over break just being able to come in and work on personally what you want to get better at and what you need to. And especially he’s (Coach Wagner) had the weight room open for us so it’s been nice to be able to come in and really focus on what you want to focus on. Coming back this week, I think its been nice cause we’re just kind of, obviously focused on the games this week but focused on getting better as a team, defensive areas and just working better.”

With games on the horizon Ally goes on to talk about the preparation at practice and says staying mentally sharp is key when you play both JV and Varsity.

“I think we just need to have a really good, like be in a good mental state for this week because our JV wants to be prepared to play Burlington. We don’t know what they have whether, like some good things or bad things and I think we all just need to be prepared for both of the games and be ready to be thrown into any situation.”

Izzy goes on to say that they “like to motivate, I’ll just leave it at that” as she sasy with a big grin on her face. Two players that are pretty interchangeable on the hardwood, Izzy puts things into perspective when asked about playing on the floor together.

“It’s really nice to know because you can try some new things and if it’s not working then you know that you have Ally in or you have me in to kind of pick that up. Obviously you want to do your best and you want to earn that playing time but if you’re having an off game it’s not a… you’re not beating yourself up about it and playing even worse because you know, “OK I have a second string that can come in. Lets try to earn that so she doesn’t have to, rather than oh my gosh, what am I going to do, you know, like it’s all on me,’ which is really nice.”

Another component that’s led to a successful year for these two down low is the improved leadership around this entire team. Izzy says it’s great that they have a bunch of girls that can lead in several different ways.

“We are kind of a young team. Obviously, our numbers come from that freshman, sophomore grade. We don’t have a lot of upperclassmen which is nice because of bit of the traditional burden of like seniority, that’s kind of lifted off of the seniors and the freshmen and sophomores get to grow into those roles. As far as leadership. I just think that we’re all leaders. One of our big things is servant leadership. So like leading by example, which I think is a huge stressor in the program and just kind of looking at the girl next to you and realizing that she’s going hard so you need to go hard. That’s kind of the leadership we try to work on.”

And with the second half of the season about to get underway, Izzy says the Fillies are ready to make some noise.

“I think that we’re just super excited to really prove ourselves. Cody’s kind of, we’re kind of building our basketball program back up and I think that a lot of teams are looking at us like we’re still in that building phase. I think we all just want to prove that, yeah we’re a young team but just because we’re in a building phase, just because we’ve had a young team doesn’t mean we can’t go out there and show them we’re still a strong program. I think that we’re just going to do awesome this year.”

The Cody Fillies varsity basketball team returns to action Saturday for a road tilt against 3A foe Lovell. It’s a double header with the girls to tip-off at 5:30pm, boys to follow at 7pm and can be heard live on KODI.

Bronc Wrestling Back in Action Tonight 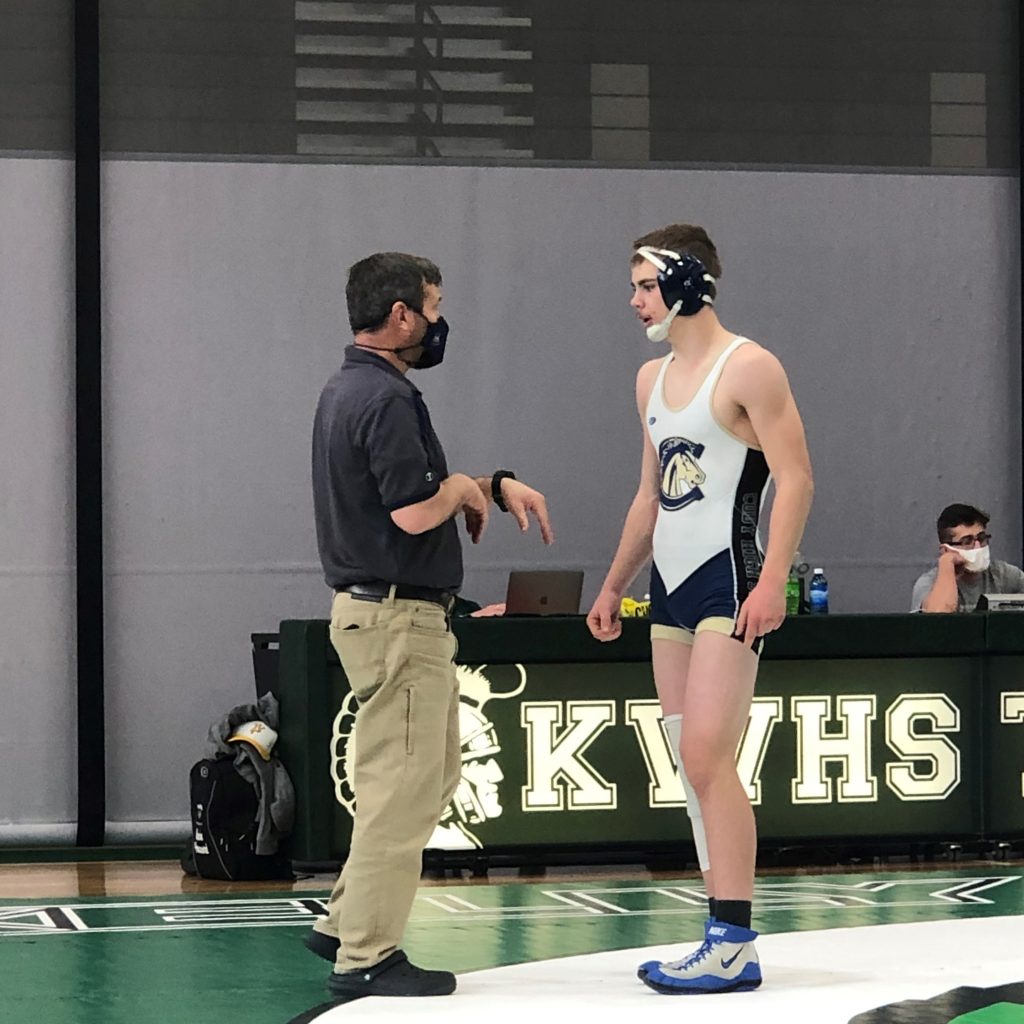