Republicans Aiming to Overhaul the ESA

The Yellowstone population of grizzly bears was designated, or listed, as threatened with extinction in 1975. The population in the Greater Yellowstone Ecosystem has grown from 136 in 1975 to about 718 today. Scientists believe the Yellowstone area population is recovered and may have reached its capacity for resident grizzlies in many areas of the ecosystem.

Getting Youth to Participate in Election

Stay Well On the Road 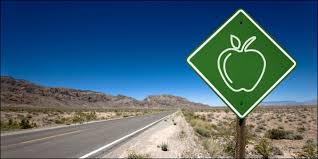