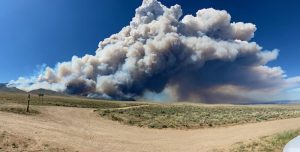 Tuesday, June 15, was a “critical fire weather day” according to forest officials at Custer Gallatin National Forest. The record-breaking mid-June temperatures and persistent winds are encouraging the Robertson Draw Fire’s activity – and its growth.

According to the official report, the fire was first reported on Sunday, June 13, at 3:30 p.m. Its size was initially estimated at 40 acres. The exact location is 12 miles south of Red Lodge, Montana, and eight miles north of Clark, WY.

The cause of the Robertson Draw Fire remains unknown.

80 firefighters are on the scene, along with fire engines from the Red Lodge Fire Department, the Beartooth Ranger District, and a Pilot Peak Wildland Fire Module from Cody. Air tankers and helicopters have initiated an aerial firefighting effort.

Evacuation orders for the Gold and Ruby Creek areas were rescinded Monday evening. On Tuesday, they were re-evacuated along with Grove Creek.

Bearcreek, Montana – a town located between Red Lodge and Belfry, is currently under an evacuation warning. All displaced residents are sheltering at the Red Lodge Community Church.

An evacuation warning is issued from the county sheriff and alerts people to be ready to go if needed. People with medical, functional, or other needs should consider evacuating if possible.

Currently, the evacuations and threatened areas are in Montana. No Wyoming evacuations are in place and none are anticipated.

Smoke from the ongoing fire will remain clearly visible from Cody for the next few days, but it currently poses no other threats to Wyoming communities.

Within 48 hours, the Robertson Draw Fire has become the largest active Wyoming wildfire in 2021, surpassing the Robinson Fire outside Buffalo by over 1,000 acres.

An area closure is in place for the area south of Highway 212, east to the area along the Beartooth Front, and south to the Wyoming border. This does not include the campgrounds and homes along East Side Road. 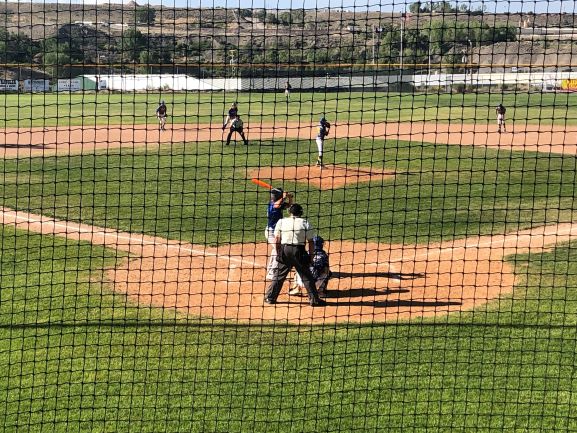