After a game long scoring drought by the Lady Warriors on Thursday in Lander. The offensive explosion that Worland would display was exactly what was needed.

Not a single Lady Warrior had over nine points on Thursday. Different story on Saturday in Rawlins. The Lady Outlaws came into the game Saturday with a 2-7 record.

Defensively the Lady Warriors would frustrate Rawlins. The Lady Outlaw passing was troubled by the hands of Worland. Nearly six minutes of the second period Rawlins was not able to get a single shot off. Carly Yule and Brooke Wright were anticipating and stealing nearly every pass for the better part of the eight minuet period. Going into halftime with a 13 point lead. 33-20.

The third period didn’t have much of a change for Rawlins. The Lady Warrior defensive was as tenacious as they were the first half. Allowing only nine points to the Lady Outlaws. Offensively Worland would add thirteen points in the period including a three point shot by Darla Hernandez. 46-29 at the end of three periods.

The final period would see the Lady Warriors to score another thirteen points. The defensive would only allow six points to Rawlins. The final would be a twenty four point Worland win. Tymberlynn Crippen finished with seventeen points. Darla Hernandez with sixteen, and Denali Jones with twelve.

Final score 59-35. The Lady warriors are 8-4 this season and 2-1 in the Northwest Quad. Worland is headed to Buffalo on Friday at 5:30pm and will host Thermopolis Saturday at 2:30pm at Warrior Gymnasium. You can listen live on KWOR 104.7FM/1340AM or online at mybighornbasin.com

Be sure to listen on KWOR Wednesday’s from 5-6 to Warrior Stance with Chance Bond. 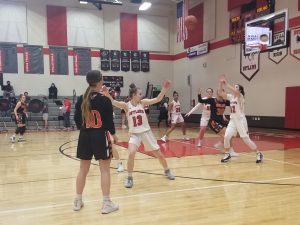 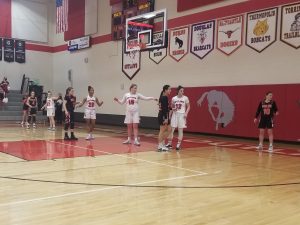 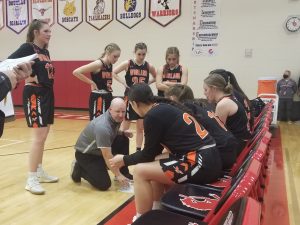 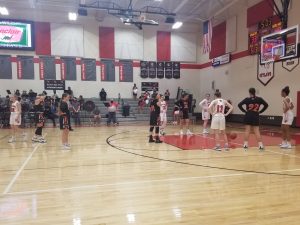 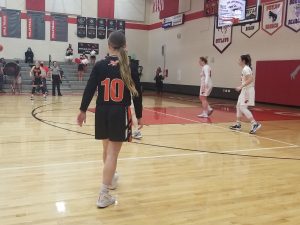 Quake Split with Great Falls on the Road