Wyoming Senator John Barrasso says the school shooting in Uvalde, Texas that claimed the lives of 19 children and two teachers was “absolutely horrific.” Speaking to KODI’s Mac Watson from “Mac in the Morning,” the Senator went on to say, “[Wyomingites] want our kids to feel safe at school and to be safe in school and parents need to feel safe sending their kids to school.” 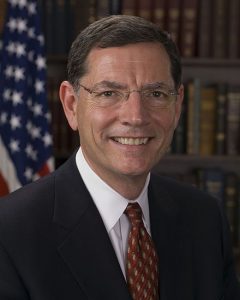 In terms of school/mass shooting prevention, Barrasso says, “What we see is an administration who immediately goes after the guns and I’m a strong supporter of our second amendment rights as are people all around the state of Wyoming. And we need to focus on enforcing the laws that are on the books.”

Statistically speaking, there is no universally accepted definition of a “mass shooting” and as a result, it is hard to compare data between countries. However, the United States does have “unusually high” gun violence for a developed nation according to data provided by World Population Review’s Gun Violence by Country 2022.

Shifting to broader national security issues and energy challenges related to the war in Ukraine, Barrasso says, “Wyoming is a big energy state and energy is called the master resource for a reason. It powers our country, it powers our economy, it powers our military and we as a nation are much better if we’re selling energy to our friends than having to buy it from our enemies.”

“What Joe Biden has done as President is turn to Russia for more energy. Now he’s turning to Iran. We have a hearing today in the Senate on Iran. He’s now turning to Venezuela. We ought to be producing American energy. We have it in the ground,” Barrasso adds.

Barrasso has been a longtime critic of Joe Biden’s administration and he’s challenged the conventional thinking on both domestic and global energy trade policy. Barrasso, referring to President Biden, continued saying, “You know, he killed the Keystone XL pipeline in his first day in office and bragged about it!”

With gas prices at record highs, Barrasso worries about the economic trajectory of Wyoming and the country, saying, “When you take a look at what people are paying at the pump in Wyoming and all across the country, people can no longer afford to fill up their vehicles.”

“This is all Joe Biden’s policies that have hurt American energy. And what you see going on in Ukraine, look, Putin has used energy as a weapon. And Joe Biden has taken us as a nation from energy dominance to energy dependence,” Barrasso argues.