CHEYENNE, Wyo. (AP) — Gov. Mark Gordon has a clear path to reelection while more competitive Republican primary races have shaped up for secretary of state and state superintendent of public instruction in Wyoming on Tuesday. 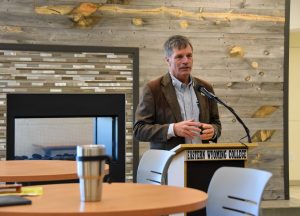 Democrats, meanwhile, have all but ceded these offices to Republicans, with just two candidates who don’t even have websites running for governor and just one Democratic candidate running for state superintendent.

Here’s a look at the races for Wyoming’s five statewide elected officials:

He doesn’t. One candidate who may have run against him, Cheyenne natural resources attorney Harriet Hageman, who finished third among five candidates in the 2018 GOP gubernatorial primary, decided instead to try unseating Liz Cheney as Wyoming’s congresswoman.

Now, after lifting a statewide mask mandate and other coronavirus restrictions, Gordon is mainly back in his party’s good graces.

Last year, he urged the National Rifle Association to move its headquarters from Virginia to Wyoming. In March, he signed a ban on most abortions that briefly took effect a month after the U.S. Supreme Court overturned Roe v. Wade and is now on hold pending a lawsuit contesting the ban. Both moves helped buttress Gordon’s right-wing credentials.

And while Gordon hasn’t gone out of his way to praise Donald Trump, neither has he criticized the former president’s fixation on the false belief that fraud cost him reelection in 2020, which as Cheney has discovered may have courted a serious primary challenge.

Even so, three Republicans have stepped up to oppose Gordon.

Also running is Rex Rammell, of Rock Springs, a veterinarian and perennial, unsuccessful candidate for various offices in Idaho and Wyoming. Rammell calls for the state to take control over federal lands.

Wyoming Secretary of State Ed Buchanan announced in May he wasn’t seeking reelection so he could apply to become a state District Court judge, a job he’ll be taking in the months ahead now that Gordon has appointed him to the vacancy.

Buchanan’s announcement caused several Republicans to run just days before the filing deadline. Among them are two legislators: Chuck Gray and Tara Nethercott.

A former political radio commentator who’s the son of a Casper radio station owner, Gray has proven one of Wyoming’s most Trump-like legislators since his election to the state House in 2016.

Gray ran briefly for U.S. House in 2021, railing against Cheney after she voted to impeach the former president for the Jan. 6, 2021, insurrection. He visited Arizona to see and be seen at a recount of the 2020 presidential vote in that state.

Gray abandoned his congressional campaign after failing to get Trump’s endorsement but now is running as secretary of state, who as Wyoming’s No. 2 state official oversees elections and business licensing.

Nethercott is a Cheyenne attorney who has served in the state Senate since 2017 and, like Gray, has made “election integrity” a campaign focus. Nethercott also promises to keep state business administration fees low.

Brian Schroeder, former head of a private Christian school in Cody, became state superintendent in January when Gordon chose him from three finalists nominated for the job by the state GOP.

Schroeder is now running for the job under the slogan “Wyoming Education – Not Indoctrination.” He promises to “refuse to let our kids become pawns of the social engineers who are hell-bent on grooming them into their relativistic value system.”

His opponents include Megan Degenfelder, a Republican from Laramie who was chief policy officer under Balow. Degenfelder calls for doing “more with less” amid a tight state budget and prioritizing funding for classrooms over administration.

Gallop has criticized Wyoming’s state investments under Meier for lagging U.S. stock market returns, calling it on his website a “broken engine with seven of eight cylinders busted.”

Meier, endorsed by Trump for a second term, is a former state legislator with a farm and ranch in the LaGrange area. Meier says the state treasurer’s office has beaten its investment benchmarks in his first term and he’s helped to expand access to low income housing.

Republican Auditor Kristi Racines, of Cheyenne, is unopposed for a second term. 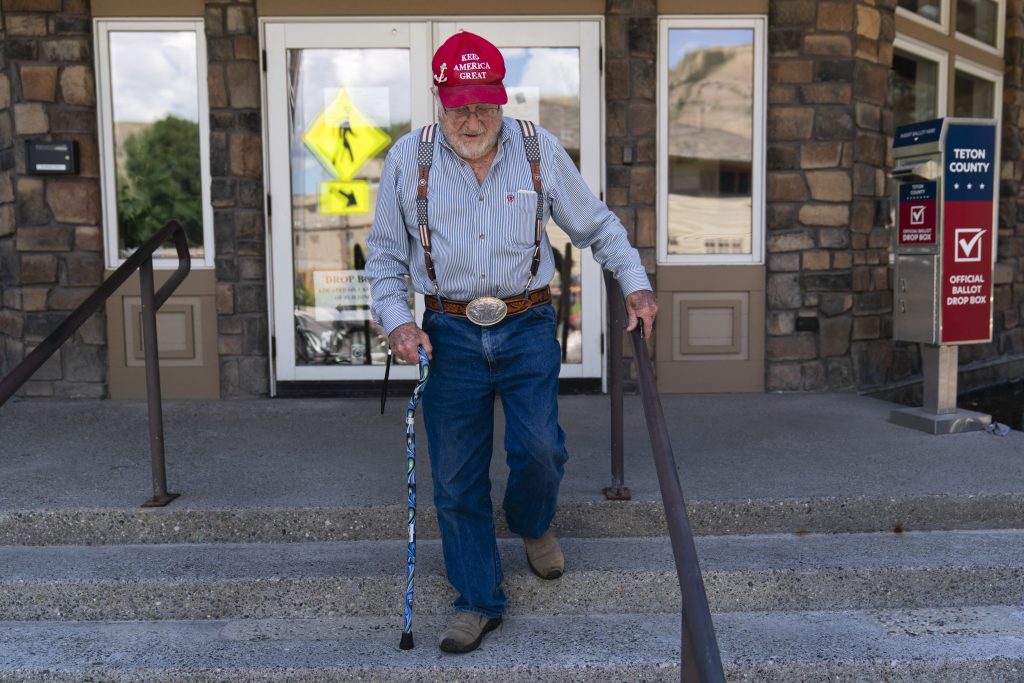