The congresswoman was ousted by House Republicans last week from the No. 3 leadership spot as GOP Conference chair.

The move came after Cheney’s relentless comments about former President Donald Trump. She accuses him of inciting the Jan. 6 attack at the Capitol, even voting to impeach him. She has talked about Trump’s “dangerous lies” about the 2020 election being stolen from him, adding she’s determined to make sure he “never again gets anywhere near the Oval Office.”

“It’s a strange thing to put your trust in a past president who is basically filled with revenge and hatred.”

Golf Ball Hitter Goes Too Far Off the Green 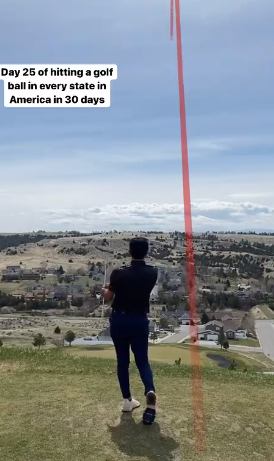