The Beartooth Highway is a “snow go” for tourists, and W.Y.D.O.T. and M.D.O.T. say it will take until next week to remove four feet of snow dropped on the pass since it opened – and closed – on May 27.

Last Friday, the Beartooth Highway opened for Summer 2022 at 8 a.m. By 5 p.m., the 22-mile mountain pass was temporarily closed – and it hasn’t opened since then.

Wyoming received an enormous amount of moisture in April and May. Because of this, several feet of snow have fallen on the freshly plowed highway.

On Wednesday, a Beartooth Highway update was posted on the W.Y.D.O.T. District 5 Facebook page. It seems Montana D.O.T. has conceded the battle and retreated off the road for the weekend.

“Beartooth Highway update: Avalanche danger on the Montana side of Beartooth Pass has forced Montana D.O.T. to pull off the mountain until next week. Until then, Beartooth Pass will remain closed following this week’s blizzard that dumped up to 3 feet across the top of the Beartooths, and with it, blowing snow created drifts of up to 10 feet deep. Work by Yellowstone maintenance workers continues on the Wyoming side in reopening U.S. 212.” 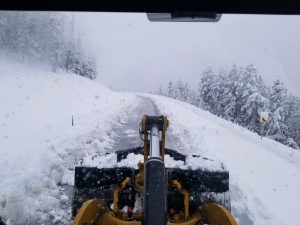 The Beartooth Highway isn’t the only location where snow makes it challenging to keep mountain passes open.

U.S. 14A in the Bighorn Mountains was forced to close after a “Memorial Day weekend blizzard” that dropped two more feet of snow between Lovell and Sheridan. The road only reopened at 5 p.m. Wednesday evening after four days of intense plowing.

“It’s been a very busy four days,” said a weary W.Y.D.O.T. heavy equipment operator, Richard Gurney of Lovell. “Motorists are encouraged to drive safely and buckle up. We appreciate everyone’s patience as our guys fought the storm and worked on clearing the closed highway.” 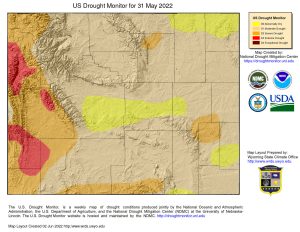 The good news is the additional moisture is providing much-needed relief to a state in the grip of tremendous drought.

The latest analysis from the Wyoming Drought Monitor shows the snow is having a positive impact. For instance, the Bighorn Basin is currently experiencing a moderate drought when it was under a severe drought just two weeks ago.

Yellowstone National Park has temporarily closed several park roads due to winter weather conditions. While a significant portion of the park is still in a severe drought, the additional moisture is helping immensely.

Unfortunately, there seems to be no relief in Jackson, which was and still is experiencing an extreme drought.

It seems next week will bring more of the same. The weekend forecast in Cody calls for thunderstorms and a 30% to 60% chance of rain showers. Next week’s forecast – while tentative – is also cool, windy, and wet.

Mammoth Hot Springs in Yellowstone has an 80% chance of more rain this weekend and next week. Meanwhile, Jackson will be mostly sunny with a slight chance of thunderstorms, a low chance of rain, and temperatures reaching into the 90s by next Wednesday.

“A substantial amount of snow fell over the Memorial Day weekend, creating large drifts and dangerous avalanche conditions,” reads a Friday statement released by the Yellowstone Public Affairs Office. “Segments of the highway have 4-6 feet of snow that need to be cleared. More precipitation is expected over the coming days. Crews have erred on the side of safety and discontinued snow removal until conditions improve. They will work to clear the significant amount of snow from the highway when it is safe to do so. The highway will reopen to the public as soon as conditions allow. “ 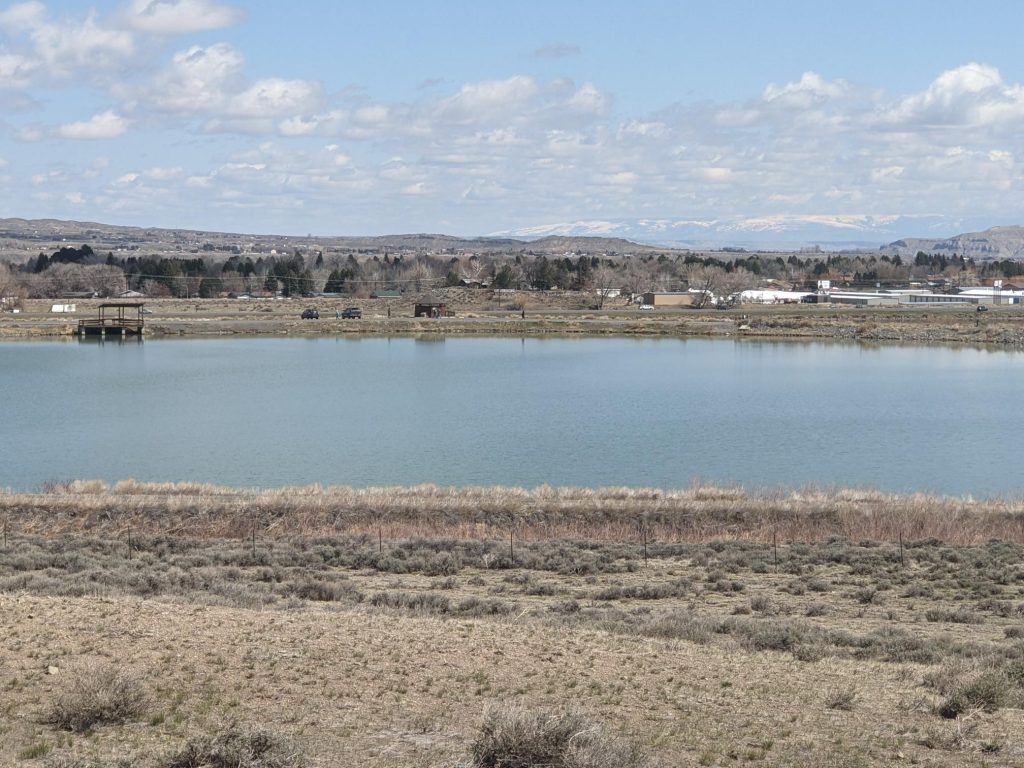 Francouz, Kadri lead Avs to 4-0 win over Oilers in Game 2 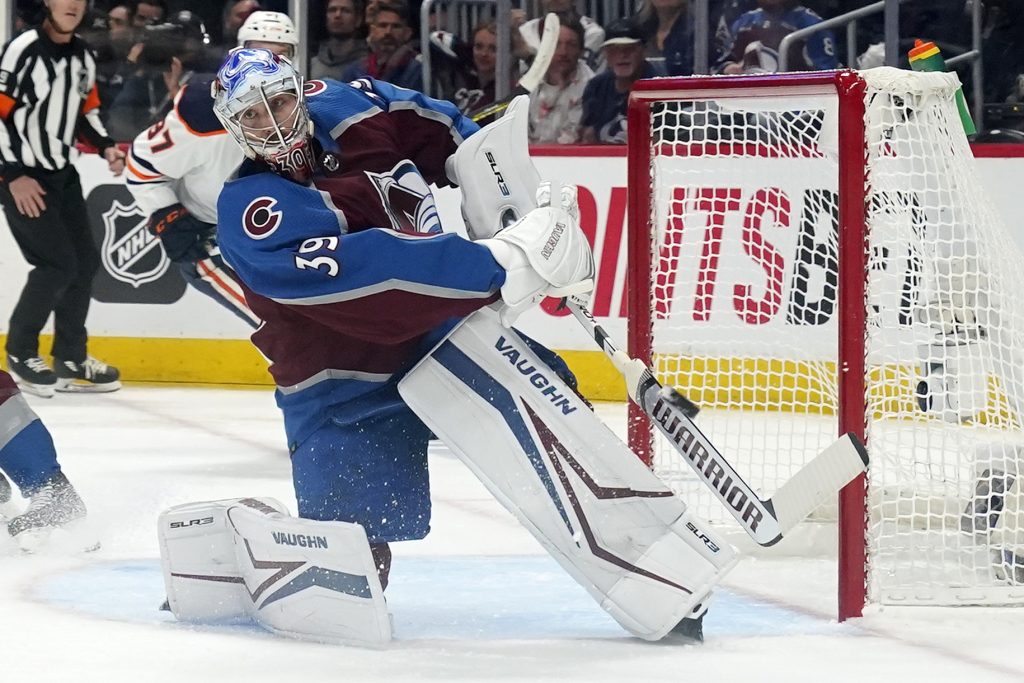