A forest road near Crandall has been closed due to mudslides and washouts.
County Road XUX, also known as Squaw Creek Road, was taken out by debris and mud over the weekend. Park County Engineer Brian Edwards says that the ground is so saturated due to the recent moisture that they had no choice but to close it temporarily. 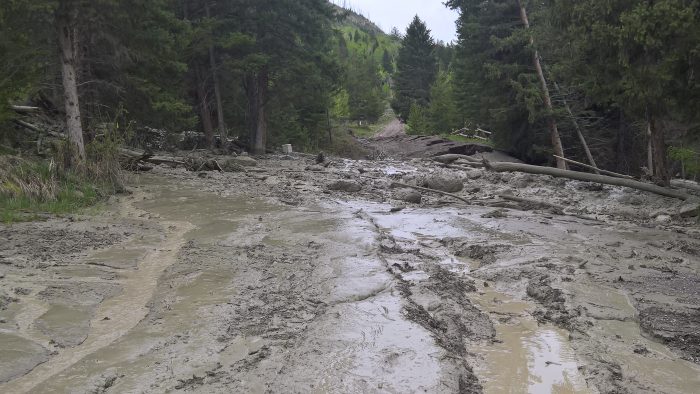 Edwards points out that although there are some year-round residences in that area that were cut off, no one is stranded. He said that the Squaw Creek Ranch has allowed the residents in the area to use their private road to get in and out.
Edwards adds that there are several other gravel roads in the County that are being threatened by the heavy rains, but all are currently open and County crews are working to keep them that way. He said that workers are shoring up bridge abutments and stockpiling flood mitigation materials in low lying areas.