The world’s tallest geyser has been quite active recently.
In the last six weeks, Yellowstone National Park’s Steamboat Geyser has erupted three times – March 15th, April 19th, and April 27th. Steamboat can spout 300 feet of water in the air, but has no regular schedule like its smaller sibling, Old Faithful.
Scientists have no explanation as to why Steamboat has suddenly decided to wake up – this is the most active the thermal feature has been since 2003. And this spring is the first time it erupted since 2014.
University of Utah Seismograph data and U.S. Geological Survey water gage information recorded a spike of around 60 degrees Celsius for the April 19 eruption. And in comparing the seismic data for the March and April eruptions, scientists found that the April events were a little stronger than the one in March. However, the seismic signals from these three were all much smaller than major water eruptions in 2013 and 2014. 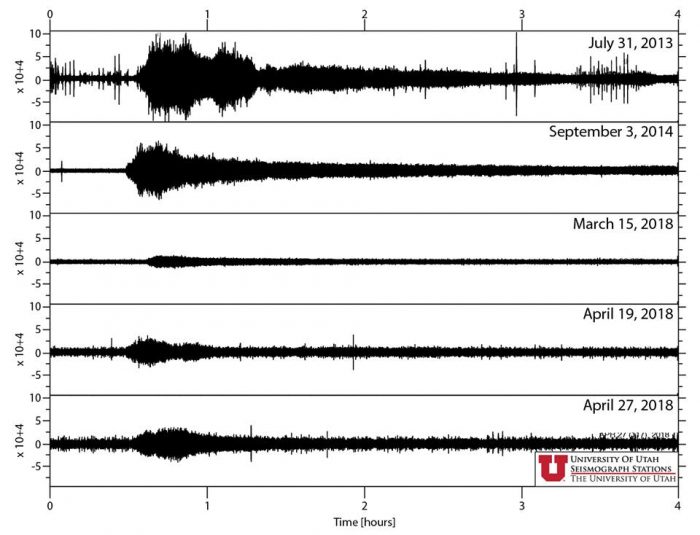 Officials at the Yellowstone Volcano Observatory cautioned that the geyser activity is not a sign of impending doom. Michael Poland, scientist in charge of the observatory, told The Washington Post that the last Yellowstone eruption was 70,000 years ago, and there are no signs of another one.
Steamboat lies in the Norris Geyser Basin – and visitors should be aware that the trail to Steamboat is still closed due to deep snow and ice on the boardwalk.