The Beartooth Highway (Half) Opens Again in Summer 2022

U.S. 212 still needs reconstruction and repair to be fully open, but the Wyoming side of “America’s Most Beautiful Drive” is open for the summer once again.

W.Y.D.O.T. District 5 shared the news that the Beartooth Highway has reopened – partially. For the first time since mid-June’s devastating floods, the Wyoming side of the highway is open to tourist traffic.

Beartooth Highway is open on the Wyoming side of the mountain range, from the highway’s intersection with W.Y. 296 (the Chief Joseph Scenic Highway) for 23 miles. A temporary barricade is in place at the end of the open section at the Beartooth Ski Hill parking lot.

Furthermore, Cooke City and Silvergate, Montana are accessible. The western stretch of U.S. 212 from the W.Y. 296 intersection to the Northeast Entrance of Yellowstone National Park is entirely open. 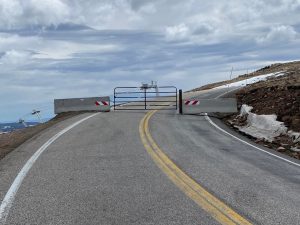 While the Wyoming side of the Beartooth Highway is open and intact, the Montana side will need serious rehabilitation before the road can fully reopen.

At least six areas of U.S. 212 were significantly damaged during the flood on the Montana side. A contractor has been hired to clean up a slide and fix the roadway between the Montana state line and Red Lodge.

The Beartooth Highway – U.S. 212 – officially opened for Summer 2022 at noon on May 27. However, it closed five hours later when a large snowstorm descended on the mountain pass.

On June 10, the Beartooth Highway reopened after signficant plowing efforts on both sides of the state line. Then, it closed again on Monday, June 13, after late-season snow and overly warm temperatures created dangerous runoff.

This is the third time the road has “officially” reopened this summer.

Park officials hope to reopen the entire northern loop within two weeks. Unfortunately, that will not include the roads leading to the North and Northeast Entrances. 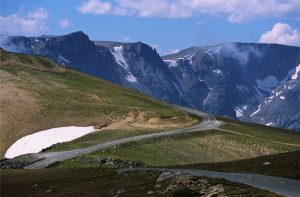 While the Beartooth Highway may be accessible, there are still daily closures on the Wyoming side for construction, 7 p.m. to 7 a.m. Monday through Thursday.

Intense construction projects – including a 420-foot, $27 million bridge – are underway to improve the road’s safety and traffic flow. The construction will also improve the Greater Yellowstone Ecosystem by allowing the region’s wildlife to move more easily.

The nighttime closures are “hard closures.” This means there is no traffic allowed for the entire 12-hour period.

There will be no nighttime closures Friday through Sunday.

Check the Montana and Wyoming departments of transportation websites for road updates and status throughout the summer.