Written by Associated Press on November 1, 2022

Tom Brady and Gisele Bündchen have announced their divorce. The superstars who respectively reached the pinnacles of football and fashion each posted statements to Instagram on Friday saying they had finalized the end of their 13-year marriage. The announcement landed in the midst of Brady’s 23rd NFL season and just months after the seven-time Super Bowl champion changed his mind about retirement. Brady had long expressed a desire to spend more time with Bündchen and his three children, but later said he had “unfinished business” with the Tampa Bay Buccaneers. Records show the couple filed to end their marriage Glades County, Florida, a rural location near Lake Okeechobee.

Tom Brady and Gisele Bündchen have finalized their divorce, they announced Friday, ending the 13-year marriage between two superstars who respectively reached the pinnacles of football and fashion.

Divorce documents were filed Friday in Glades County, Florida, a rural location near Lake Okeechobee far from the big-city limelight, according to court records. The divorce was made final the same day.

“The marriage of the parties is dissolved because the marriage is irretrievably broken, and each spouse is restored to the status of being single and unmarried,” Circuit Judge Jack Lundy said in his order, noting that the couple’s settlement agreement will not be filed in court but they “are ordered to comply with the terms” of that document as well as a confidential parenting plan for their children.

Brady and Bündchen posted statements Friday morning on Instagram, each saying they had “amicably” reached the decision.

“The decision to end a marriage is never easy but we have grown apart and while it is, of course, difficult to go through something like this, I feel blessed for the time we had together and only wish the best for Tom always,” Bündchen wrote.

Both said their priorities lay with their children and asked for privacy.

“We arrived at this decision to end our marriage after much consideration,” Brady wrote. “Doing so is, of course, painful and difficult, like it is for many people who go through the same thing every day around the world.”

The divorce landed in the midst of Brady’s 23rd NFL season, and amid his first three-game losing streak in 20 years, just months after the seven-time Super Bowl champion put an end to his short-lived retirement. The Tampa Bay Buccaneers quarterback — who had long stated a desire to spend more time with Bündchen and his three children — announced his departure from the game in February, only to change his mind 40 days later.

“What more do you have to prove?” Bündchen told her husband on the sidelines after his last, record-shattering Super Bowl victory, as Brady himself recounted shortly after the win.

Despite Brady initially saying his retirement was a chance to focus his “time and energy on other things that require my attention,” part of his motivation to come back was what he has referred to as “unfinished business” with the Buccaneers. The team failed to reach the Super Bowl last season in their effort to repeat as champions.

Bündchen told “CBS This Morning” in 2017 that she was concerned about her husband after he played through a concussion the previous year. Brady’s then-team, the New England Patriots, and agent declined to respond to her comments at the time, and an NFL spokesperson said there were no records he had suffered a head injury. Brady later said he preferred to keep his medical history private.

“I mean, we don’t talk about it,” Bündchen said during the interview. “But he does have concussions. I don’t really think it’s a healthy thing for anybody to go through.”

She more recently contended that the characterization in reports that she was desperate for her husband to retire carried sexist overtones.

“Obviously, I have my concerns. This is a very violent sport, and I have my children and I would like him to be more present,” the supermodel told Elle magazine in September. “I have definitely had those conversations with him over and over again. But ultimately, I feel that everybody has to make a decision that works for (them). He needs to follow his joy, too.”

Bündchen and Brady were introduced by a mutual friend and married — twice — a little over two years later. They said their first “I dos” in early 2009 at a Catholic church in Santa Monica, California, before family and close friends, followed by an equally small second wedding at her house in Costa Rica nearly two months later.

Their son Benjamin was born later that year, followed by a daughter, Vivian, in 2012. Brady also has a 15-year-old son, Jack Moynahan, from a previous relationship with actor Bridget Moynahan.

The couple could have filed for divorce in any of Florida’s 67 counties, including ones where they have residences in the Tampa and Miami areas. It was not the first time a celebrity has chosen a more remote county for their proceedings. Tiger Woods’ divorce was finalized in 2010 in a brief courtroom appearance out of the limelight in Panama City on Florida’s Panhandle.

Bündchen, who was discovered by a modeling scout at age 13 in Brazil, secured her place as one of the industry’s highest-paid models by the 2000s and became a tabloid staple, fueled by a relationship with Leonardo DiCaprio. In addition to walking the runways of top designers, appearing in campaigns for high street and high fashion brands alike, she signed on as a Victoria’s Secret Angel and took on small film roles — including in “The Devil Wears Prada.”

She took a step back from modeling in 2015, giving up runway work and limiting herself to a few advertising campaigns and magazine covers a year. She made one big exception, wearing a glistening gown and a huge smile in 2016 as she crossed a 400-foot (120-meter) runway at the Rio Olympics while fellow Brazilian Daniel Jobim performed “The Girl from Ipanema.”

Since paring back her modeling commitments, she has dedicated herself to environmental activism, particularly with regard to the Amazon rainforest’s conservation, and business ventures like eco-friendly skin care and a lingerie line. She has also been vocal about mental health, disclosing debilitating panic attacks that she said had her contemplate suicide and criticizing unrealistic beauty standards.

Above all, Bündchen told Elle, her top priority was her family.

“I’ve done my part, which is (to) be there for (Tom). I moved to Boston, and I focused on creating a cocoon and a loving environment for my children to grow up in and to be there supporting him and his dreams,” she said. “Seeing my children succeed and become the beautiful little humans that they are, seeing him succeed, and being fulfilled in his career, it makes me happy. At this point in my life, I feel like I’ve done a good job on that.”

After years in Boston — where Brady played for the Patriots — and then moving again to Tampa with him in 2020, she said she had her own plans: “I have a huge list of things that I have to do, that I want to do. At 42, I feel more connected with my purpose.”

Brady turned 45 in August, when he left the Buccaneers for 11 days for unspecified personal reasons. The team supported the leave, calling it a pre-planned break agreed to before the start of training camp in July.

A three-time NFL MVP and the league’s all-time leader in yards passing and touchdowns, Brady signed a 10-year contract reportedly worth $375 million to become the lead football analyst for Fox Sports once he hangs up his cleats. When that will be is yet uncertain — while Brady had expressed an interest in extending his playing career beyond his mid-40s if he remained healthy, his now ex-wife had a different idea back in 2017.

“That kind of aggression all the time, that cannot be healthy for you,” she said during the CBS interview. “I’m planning on him being healthy and do a lot of fun things when we’re like 100, I hope.” 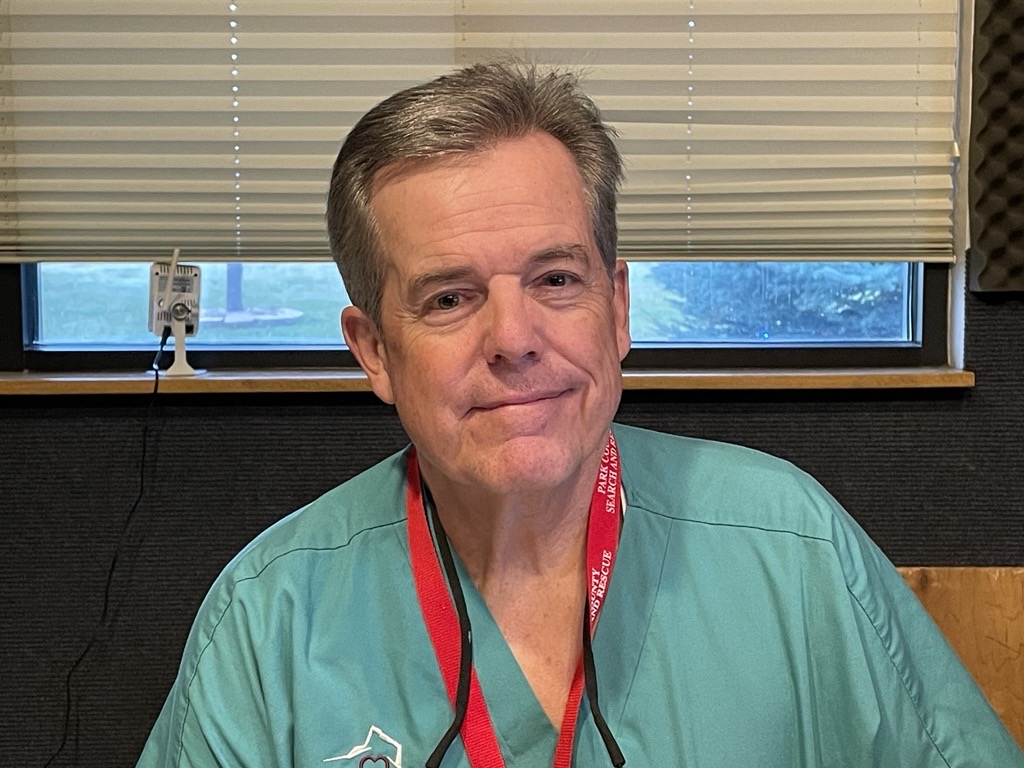 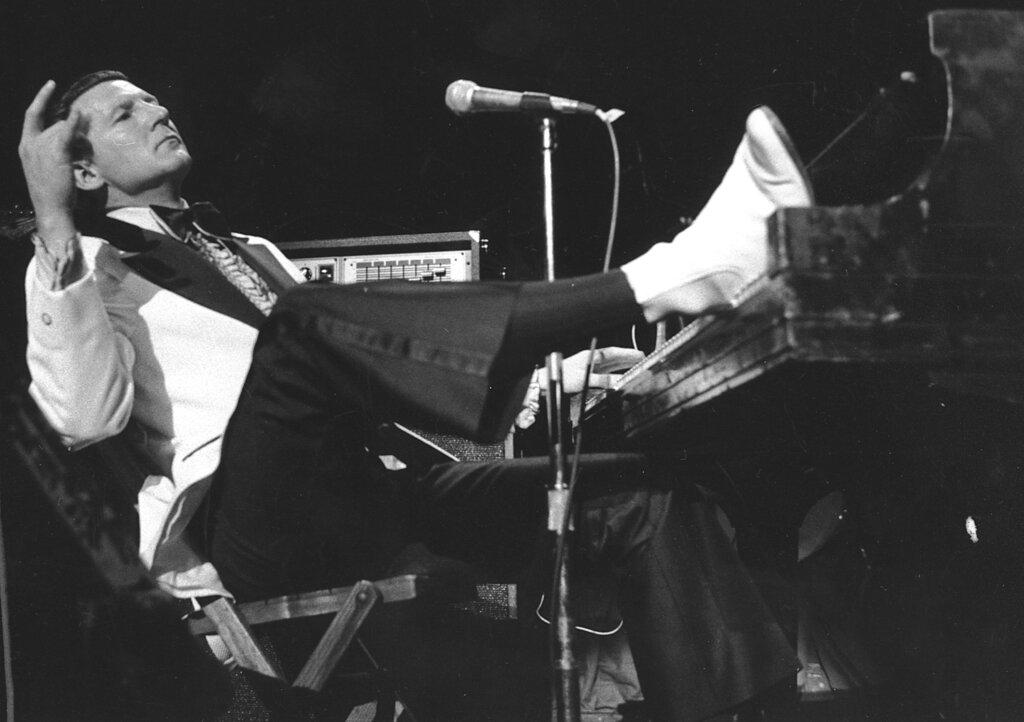