ROME (AP) — Two U.N. food agencies issued stark warnings Monday about multiple, looming food crises on the planet, driven by climate “shocks” like drought and worsened by the impacts of the COVID-19 pandemic and the war in Ukraine that have sent fuel and food prices soaring. 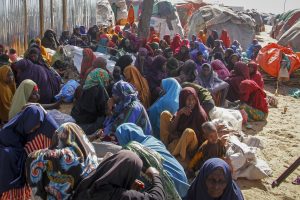 FILE – Somalis who fled drought-stricken areas sit at a makeshift camp on the outskirts of the capital Mogadishu, Somalia on Feb. 4, 2022. Two U.N. food agencies issued stark warnings on Monday, June 6, 2022 about multiple, looming food crises on the planet, driven by climate “shocks” like drought and worsened by the repercussions of the COVID-19 pandemic and the war in Ukraine that have sent fuel and food prices soaring. (AP Photo/Farah Abdi Warsameh, File)

The glum assessment came in a report by two Rome-based food agencies: the World Food Program (WFP) and the Food and Agriculture Organization (FAO).

WFP Executive Director David Beasley said besides hurting “the poorest of the poor” the global food crises threaten to overwhelm millions of families who are just getting by.

“Conditions now are much worse than during the Arab Spring in 2011 and 2007-2008 food price crisis, when 48 countries were rocked by political unrest, riots and protests,” Beasley said in a statement. He cited as “just the tip of the iceberg” food crises now in Indonesia, Pakistan, Peru and Sri Lanka.

The report calls for urgent humanitarian action to help “hunger hotspots” where acute hunger is expected to worsen over the next few months.

The U.N. agencies are also warning that war in Ukraine, which was invaded by Russia in February, has exacerbated already steadily rising food and energy prices worldwide. 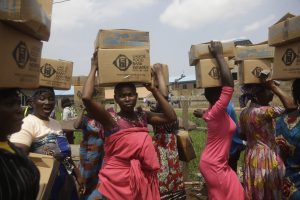 FILE – Residents of Oworonshoki Slum carry their food parcels distributed by the Lagos Food Bank Initiative, a non-profit nutrition focused initiative committed to fighting hunger and solving problems of Malnutrition for poor communities, in Lagos, Nigeria, Saturday, July 10, 2021. Two U.N. food agencies issued stark warnings on Monday, June 6, 2022 about multiple, looming food crises on the planet, driven by climate “shocks” like drought and worsened by the repercussions of the COVID-19 pandemic and the war in Ukraine that have sent fuel and food prices soaring. (AP Photo/Sunday Alamba, File)

“The effects are expected to be particularly acute where economic instability and spiraling prices combine with drops in food production due to climate shocks such as recurrent droughts or flooding,” the joint statement from the U.N. agencies said.

The report cited other sobering climate impacts: above-average rain and a risk of localized flooding in the Sahel, a vast swath of Africa stretching south of the Sahara Desert.

It also cited a more intense hurricane season in the Caribbean and below-average rainfall in Afghanistan. That Asian country is already suffering through multiple seasons of drought, violence and political upheaval, including after the return of Taliban rule last summer.

The report tagged six nations as “highest alert” hot spots facing catastrophic conditions: Ethiopia, Nigeria, South Sudan, Yemen, Afghanistan and Somalia. It said as many as 750,000 people are facing starvation and death in those countries. Of those, 400,000 are in Ethiopia’s embattled Tigray region — the highest number on record in any one country since the 2011 famine in Somalia, the U.N. agencies said.

In April, according to a study by regional health officials that was seen by The Associated Press, at least 1,900 children under 5 died from malnutrition in the Tigray region. Western Tigray, which is under the control of forces from the neighboring Amhara region, was not included in that survey.

The U.N. food agencies report Monday said Congo, Haiti, the Sahel region, Sudan and Syria remain “of very high concern” and noted that Kenya was a new entry to that list. 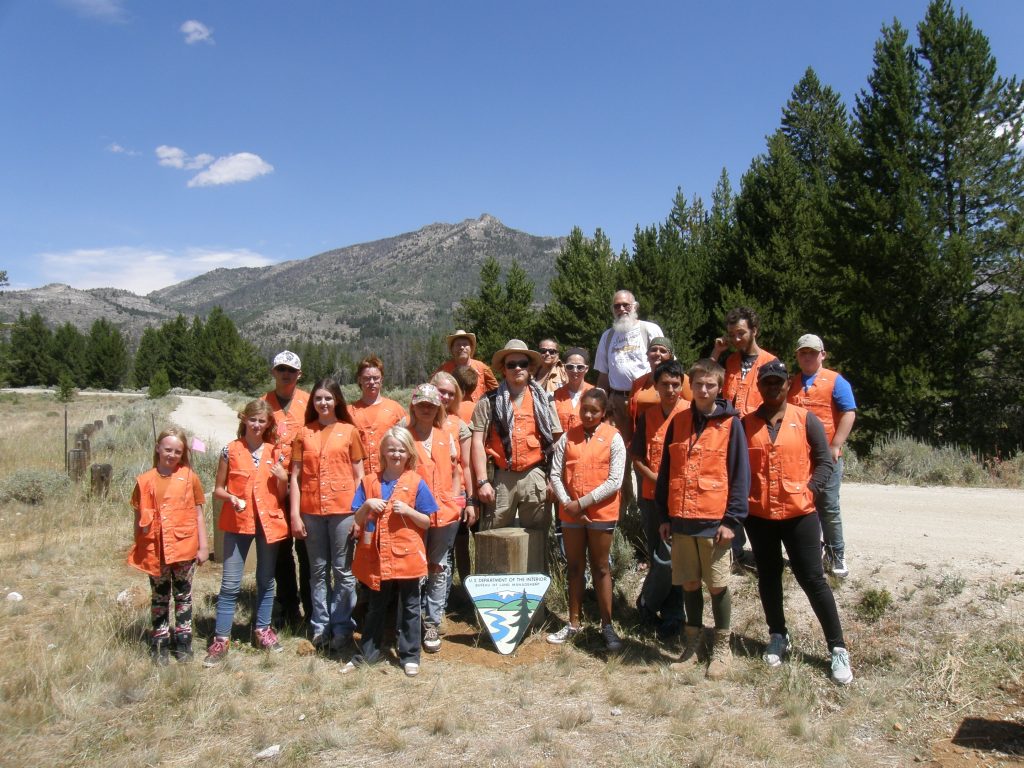