Over the months of July and August the Yellowstone Quake Hockey team will be announcing the members of the 2020-2021 Roster. This Page will update with each new announcement.

August 28: Another signing has been made. This time it was announced that Jack Luttringer will be joining Quake Hockey for this season. Jack last played for the Golden Eagles out of California.

August 26: Later that day it was announced that Austin Lawless will be joining the Quake for this year. Austin is from Bay City Michigan.

August 26: It was announced that another Quake player from last year will be returning. Welcome back Gabe Huntley. Technically, he played for the Quake last year and their excited to have him in Cody.

August 23: It was announced that another former Quake player will return to Cody this year. Tyler Cramer, who is from Cody, will be returning to Quake hockey this year.

August 21: Cole Whitman was the latest hockey player to be announced to the Quake roster. Cole played for the Wenatchee Wild last year.

August 20: The Yellowstone Qauke welcomed back one their longest tenured players, Jack Harris. Harris is one of few players that have played for Coach Oberlin three straight seasons and are excited to have Jack back! The Quake also made a joke of how many teeth do fans think he’ll lose this year.

AUGUST 20: The Yellowstone Qauke formally welcomed Jagar Jefferson to the team. Jagar recently played for the Fernie Fury as a Center. Quake fans let give our Canadian friend some fan love!

August 10: The Yellowstone Quake hockey team continues to announce new members of the 2020-21 roster. please welcome to the team Brandon Kididis! He played for the Columbus Blue Jackets U18 AAA team a year ago.

July 7: The Yellowstone Quake hockey team is proud to announce another member of their 2020-2021 roster. The Quake formally welcome Joey Epplin to the team. Joey played for the Notre Dame Argos AA as a defense-men a year ago and now will put his skills on display at Riley Arena this year.

July 1: The Yellowstone Quake are proud to begin announcing members of their 2020-2021 roster! welcome to the team Coby Nostrant! Coby played for CDA Hockey Academy as a forward. and will be joining the Quake this fall.

3,000 Gallons of Gasoline Spilled in Yellowstone 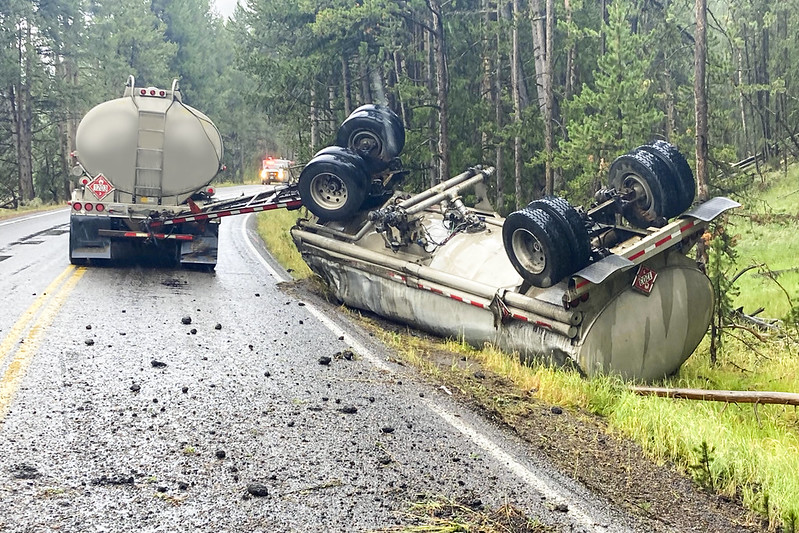 Filly Volleyball Back in Action