Worland Gets Into Playoffs With Win Over Riverton

The Worland Warriors get a win over Riverton on Senior Night 42-21 and put themselves in the playoffs for the sixth year in a row.

The Warriors opened up the game with a quick 3 and out, ending the drive with a punt.

Riverton would start their first possession with a 15-play, just over 8-minute drive, resulting in the first game score on a Darrick DeVires 3-yard touchdown run with a successful extra point.

Worland’s next possession of the 1st Quarter was 12 plays down to the 2-yard line that unfortunately ended in a fumble recovered by the Wolverines.

Fortunately for the Warriors, the turnover didn’t turn into Riverton points.

With that Worland took the football just outside the 44-yard line and marched 56 yards with 10 plays in just over 2 minutes to get their first score on a pass from Kade Weber to Carter Clark from 3 yards out.

The extra point was blocked and the Wolverines remained with a 7-6 lead.

With just over 1:30 left to go in the first half, the Wolverines would put together a scoring drive from a 2-yard touchdown run from DeVires.

Riverton went into the half with a 14-6 lead.

The Wolverine’s first possession of the second half went 3 plays before Riverton attempted a fake punt that the Warriors defended and would get the football inside the Riverton 20-yard line.

With two consecutive passes from Weber to Clark, the Warriors would get a touchdown from an 8-yard pass the second time Weber and Clark connected in the game.

In an attempt to get the points back from the blocked extra point, Worland would miss the two-point conversion and trail 12-14 with 9:56 remaining in the 3rd Quarter.

The Wolverines would go 7 plays and with a tipped pass Worland’s Sophomore Masen Decker would get an interception at the 34-yard line.

Worland would take the turnover and go 66 yards in 7 plays resulting in a Kade Weber Quarterback sneak and putting the Warriors up 18-14.

Senior Brock Douzenis would convert the 2-point conversion and the Warriors would lead 20-14 with 3:02 remaining in the 3rd Quarter.

Riverton would go 3 and out in their next possession resulting in a punt.

After the punt return, the Warriors would start with a quick pass from Weber to Clark for 14 yards.

The next play with 56 seconds remaining in the 3rd Quarter Weber would drop a “teardrop dime” to Senior Wide Receiver Trae Bennett that would score from 37 yards out and put the Warriors up 26-14.

Douzenis would convert the 2-pointer and the Warriors would take a 28-14 lead at the end of the 3rd Quarter.

Riverton would take the ball to start the 4th Quarter at the 39-yard line and travel the 61 yards and score from 20 yards out on a pass from DeVires to Wide Reciever Dre’Vin Monroe with 9:23 remaining in the football game the Warrior’s lead was a touchdown, 28-21.

Worland would have the football off tp Senior Rugar Mascaro the next 4 times and Rugar would get 49 yards down to the 7-yard line. Douzenis would finish the drive with a 7-yard touchdown, and after the extra point, the Warriors led 35-21.

The Warriors would get a strip sack, scoop and score for 37 yards by Sophomore Ethan Burns to finish the scoring by either team.

Warriors would get the 42-21 win on Senior Night and advance to the first round of the playoffs this Friday against the Cody Broncs in Cody Friday Night at 6 pm from Spike Vannoy Stadium.

Listen to the rebroadcast of the Riverton game by scrolling to the bottom of this page. 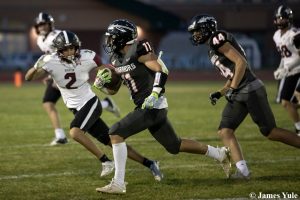 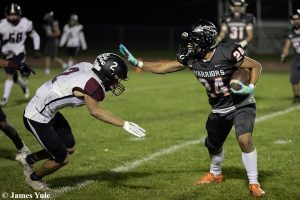 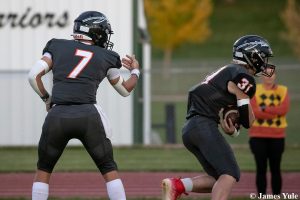 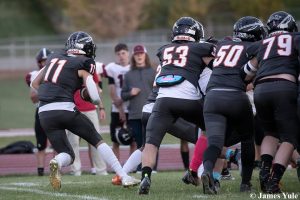 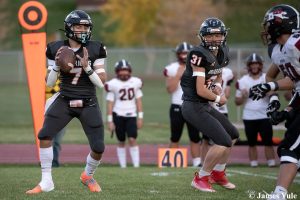 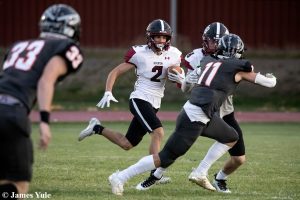 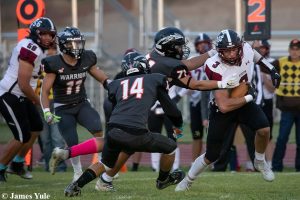 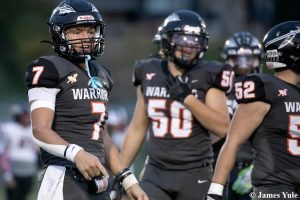 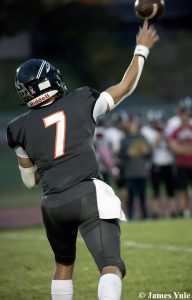 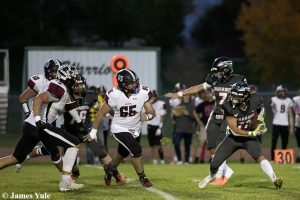 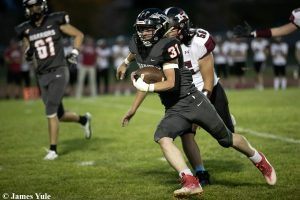 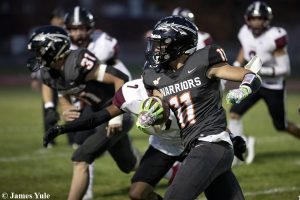 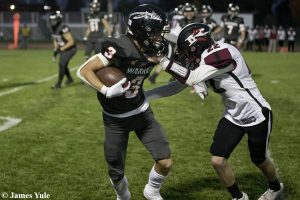 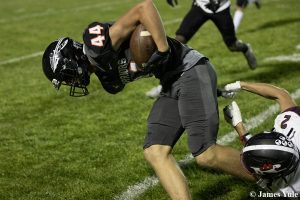 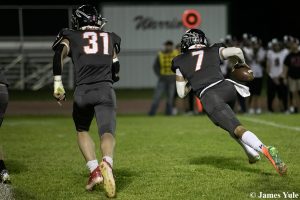 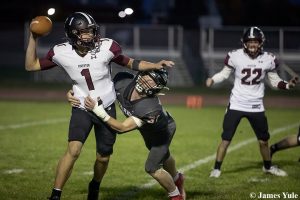 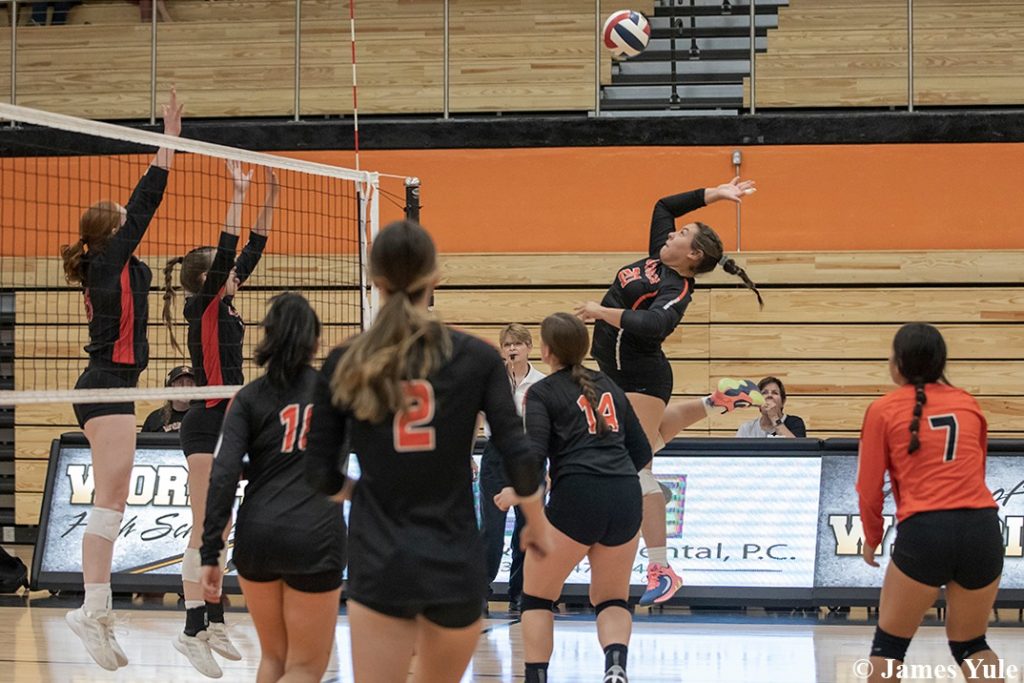 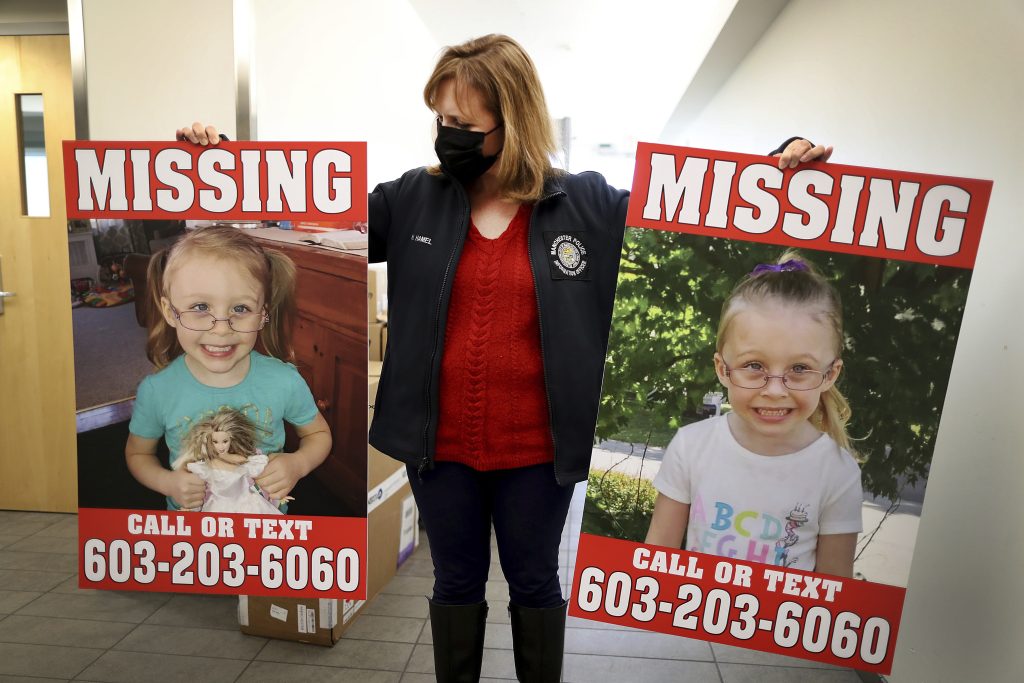