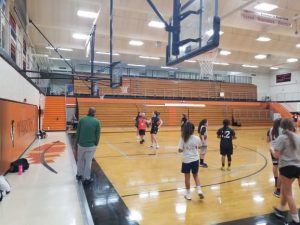 get the season going. “We got a good group of kids coming back and are excited for the future,” said head girls basketball coach Ben Hofmann. “We got good numbers that showed up this year, so that’s certainly exciting.” The Lady Warriors will return five seniors from last seasons team in, Denali Jones, Darla Hernandez, Ajiah Montoya, Tymberlynn Crippen, and Logan Yule. Also returning will be Brooke Wright, Carly Yule, and Reece Sanford who all saw Varsity action last season.

When asked about the seasons expectations Hofmann said that, “first things first we got to win our Conference, get ourselves a good chance at the Reginal tournament.” Hofmann would going on saying about the team, “Powell will be much improved, Lovell will be the most improved in our Conference. Lander will be solid, they didn’t graduate to many.” Worland won the Northwest 3A Quad last season with a 5-1 Quad finish and an 16-8 overall record.

With the changes in the season due to Covid-19 nullifying the Big Horn Shootout or any other tournaments, I asked Coach Hofmann how that would make the season different. “You miss those Big Horn Classics (Shootout) and some of those standard tournaments.” Coach added, “we will do everything we can to get a season, if that means a couple of adjustment then that’s what we’ll have to do.”

The season will start 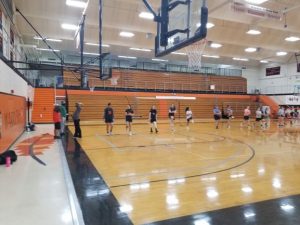 December 15th in Thermopolis the girls will start at 5:30pm followed by the boys at 7pm. The schedule will come with many adjustments this season. “We’re just going to have to roll with it and hope for the best. A lot of our girls played volleyball and understood how you add games, and subtract games.” The 2020-21 basketball season will certainly be one for the ages. Listen live to the entire season on KWOR 104.7FM and 1340AM or right here on mybighornbasin.com