CHEYENNE, Wyo. (AP) — A Wyoming judge on Wednesday temporarily blocked the state’s abortion ban on the day it took effect, siding with a firebombed women’s health clinic and others who argued the ban would harm health care workers and their patients and violate the state constitution. 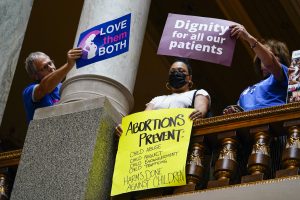 Anti-abortion supporters try to cover a sign of an abortion rights supporter during an anti-abortion rally as the Indiana Senate Rules Committee met a Republican proposal to ban nearly all abortions in the state during a hearing at the Statehouse in Indianapolis, Tuesday, July 26, 2022. (AP Photo/Michael Conroy)

Attorneys arguing before Teton County District Judge Melissa Owens, in Jackson, disagreed over whether the Wyoming Constitution provided a right to abortion.

Wyoming was among states that recently passed abortion bans should the U.S. Supreme Court overturn Roe v. Wade, which happened June 24. After a review, Gov. Mark Gordon, a Republican who signed the abortion “trigger” bill in March, gave the go-ahead for the law to take effect Wednesday.

Owens was sympathetic with arguments that the ban left pregnant patients with dangerous complications and their doctors in a difficult position as they balanced serious medical risks against the possibility of prosecution.

“That is a possible irreparable injury to the plaintiffs. They are left with no guidance,” Owens said.

The four Wyoming women and two nonprofits that sued Monday claim the new law violates several rights guaranteed by the state constitution, including a “fundamental right to be left alone by the government.”

The two organizations that sued include a nonprofit opening a Casper women’s and LGBTQ health clinic that would have offered abortions. A May arson attack has set back the clinic’s opening from mid-June until at least the end of this year, months past the start of Wyoming’s new abortion ban.

The lawsuit claims the abortion ban will harm the women — two obstetricians, a pregnant nurse and a University of Wyoming law student — by outlawing potentially life-saving treatment options for their patients or themselves.

The Wyoming law would have outlawed abortions except in cases of rape or incest or to protect the mother’s life or health, not including psychological conditions. Wyoming until Wednesday had allowed abortions up to the point of viability outside the mother, or around 23 weeks into pregnancy.

Wyoming’s hearing came a day after Indiana Republican lawmakers narrowly advanced a plan to ban nearly all abortions in the state, despite opposition from abortion-rights supporters, who say the bill goes too far, and anti-abortion activists, who say it doesn’t go far enough.

In West Virginia, lawmakers on Wednesday debated a sweeping abortion ban bill on the House floor that would make providing the procedure a felony punishable by up to 10 years in prison. The bill provides no exceptions for rape and incest, but for an ectopic pregnancy, a “nonmedically viable fetus” or a medical emergency.

Hundreds of people descended on the state Capitol to watch lawmakers vote, standing outside the House chamber and Speaker Roger Hanshaw’s office chanting and holding signs reading “we will not go quietly” and “stop stealing our health care.”

During a morning public hearing on the bill, multiple people were escorted out from the House chambers by security, including staff from the state’s only abortion clinic.

Around 70 of 90 people spoke against the bill. All speakers were each given 45 seconds before they were cut off and asked to step down from the podium. Some people cried, including a woman who said getting an abortion saved her life and a mother whose teenage daughter was raped last year at a sleepover.

Women’s Health Center of West Virginia Executive Director Katie Quiñonez was cut off by legislative staff and asked to step down from the podium as she began talking about the abortion she got when she was 17, months away from graduating high school.

“I chose life,” she said, raising her voice to speak over the interruption. “I chose my life, because my life is sacred.” As security approached to escort her away from the podium, she walked past them, down the chamber aisle and out the doors. People sitting in the gallery stood up to clap and cheer. 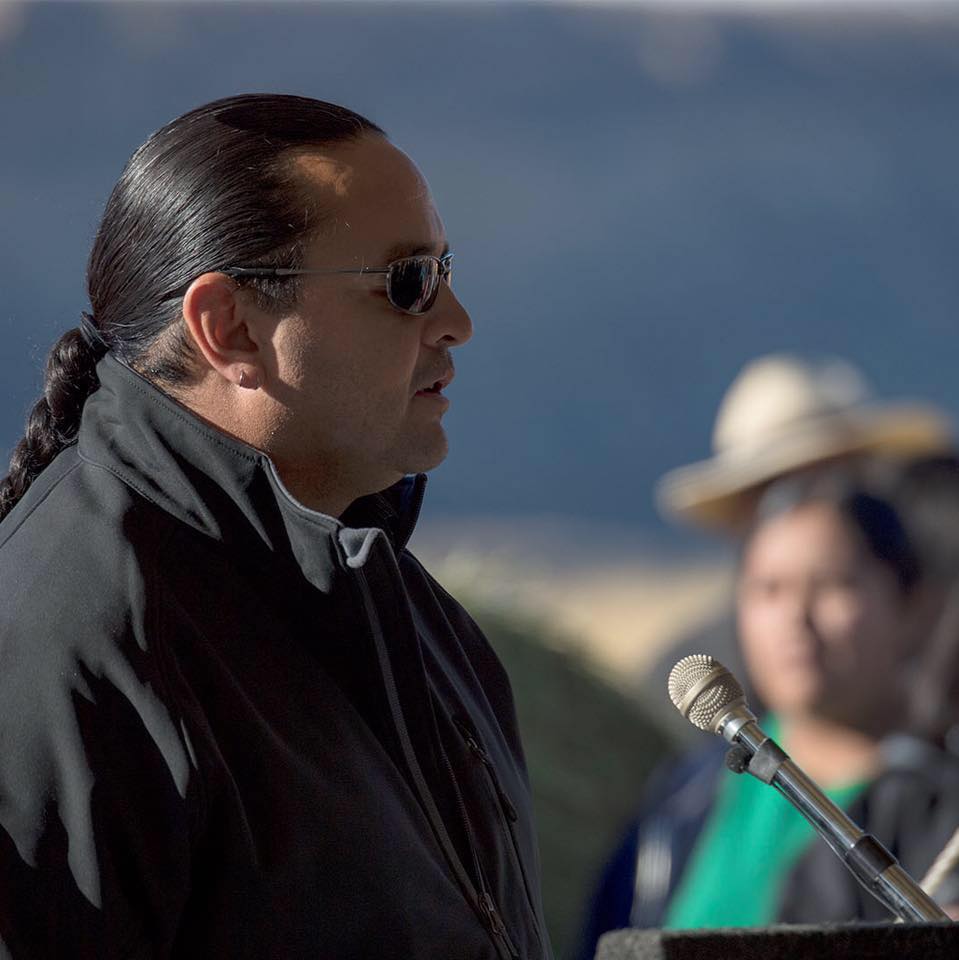