The Wyoming Wildlife Federation has clear message: yes to the Governor, no to the House.

The Federation is strongly opposed to House Bill 29, which proposes an alternative to Governor Gordon’s migration corridor executive order. Their bill has similar goals but, according to a strongly worded email from the Federation “The steps outlined in the bill for designating a corridor create a massive bureaucratic undertaking.” It requires work from six separate state agencies and mandates local working groups in each county. The bill would also ensure the local groups have state support. This all points to more government and government growth.

The Federation argues that the Governor’s Executive Order has its own nebulous concepts, but these can be handled in future legislative sessions. Overall, the executive order is more streamlined and has better defined goals and parameters. Furthermore, they argue that debating a bill at the same time the governor perfects his executive order is ensuring neither bill will be strong enough to meet Wyoming’s needs.

For more on the reasons behind the Wyoming Wildlife Federations opposition to House Bill 29, check out their points here. 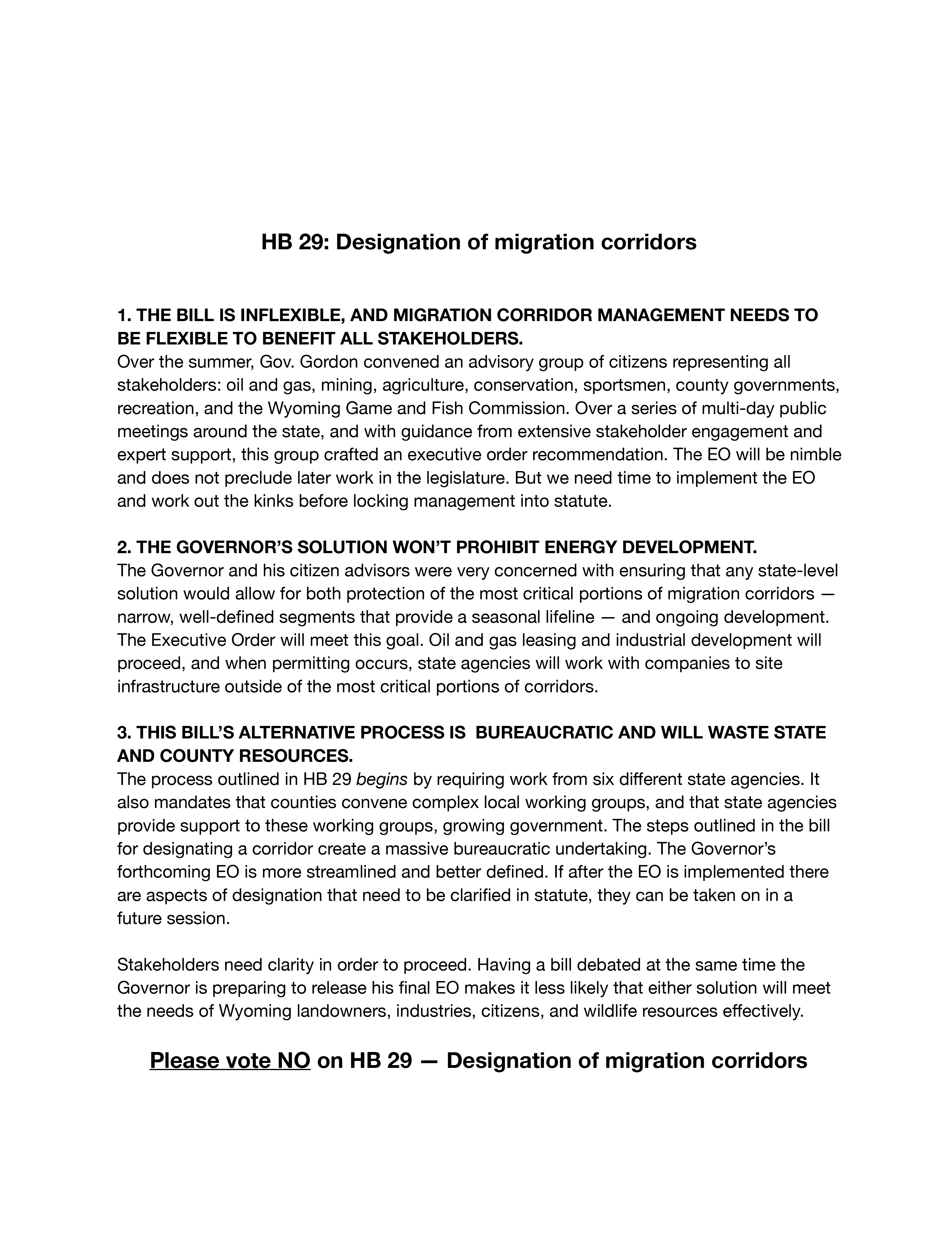 Worland Remains Atop Class 3A in Latest Wyopreps Rankings, Two New No. 1 Teams