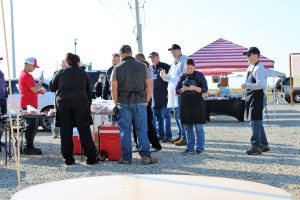 Tents were set up around 8 a.m. as teams and residents arrived. This year, the Powell Police Department went head-to-head against Powell Emergency Medical Services (EMS).

The cookoff MC was Brad Lauk, owner and operator of One Off Hosting, a company that offers trivia, entertainment, and karaoke for a variety of events in the area. 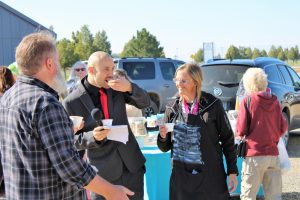 Teams competed in a “blind” cookoff challenge where each team was asked to make a dish from “scratch” using primarily ingredients available at the farmers’ market on the day of the competition. Teams brought their own cooking equipment (commercial cooking equipment was off-limits). 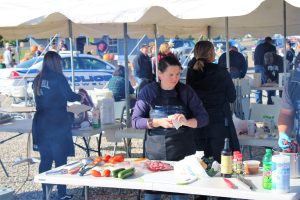 After 2-3 hours of cook time, teams presented three plated dishes that were assessed by a panel of three judges from local restaurants who were tasked with assigning 1st and 2nd place prize winners. A “people’s choice” prize was also awarded as folks could vote with dollars to their favorite team’s bucket. 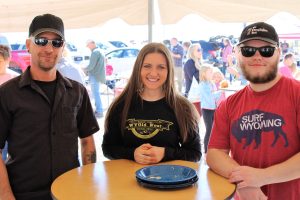 Judges for the Improv Cookoff, the Police were awarded first-place

Roger’s Meat supplied the meat/protein for the showdown with the only stipulation being that the product had to be able to be cooked quickly (not twelve hours in the smoker, for example). Dishes had to be finished by noon. Farmers’ market attendees were able to sample the dishes prepared by the teams.

Scott Larsen, the Marketing Director for Yellowstone Motors, explained that there was no charge for farmers’ market booths as costs were being covered by the company.

The farmers’ market had a great selection of goods including freeze-dried candies, homemade tortilla chips, salsa, and a wide variety of vegetables. Millie’s Munchies, run by Mandie Fries, had some delicious freeze-dried Churro marshmallows for sale. 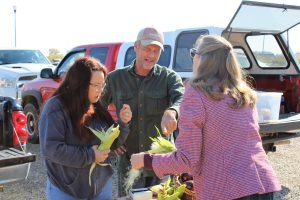 VP of Operation for Yellowstone Motors, Vince Smith, said of the event, “This is an investment in the community, it’s not about selling cars.” 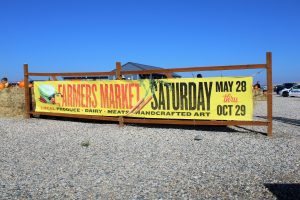 Police vs. EMS were both raising money for a charity of their choosing. The Police Department donations went to Crisis Interventions and Domestic Violence Services in Cody in the form of building renovations in town. EMS donations went to Backpack Blessings, a program that gives chronically hungry children food to take home over the weekend.

Regarding the Police Department strategy for the cookoff, Lieutenant Matt McCaslin said their plan could be summarized as “take look around and wing it.” 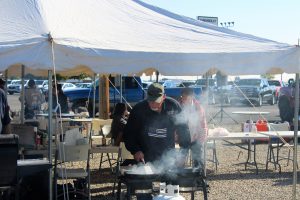 Yellowstone Motors/Toyota doubled donations made during the event to the corresponding 501(c)3 nonprofits, Crisis Intervention Services, and Backpack Blessings.

Powell Medical Foundation Executive Director, Amy Wells, said of Vince and his efforts to host the cookoff, “He always goes the extra mile and does really fun stuff.”

As folks started tasting dishes around noon, Mr. Lauk played “Weird Al” Yankovic’s “Eat It,” which is a comical cover of Michael Jackson’s “Beat It,” over the loudspeakers. 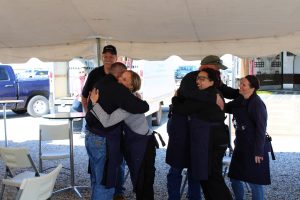 Powell Police and EMS congratulate each other after the cookoff

The Police Department took first place in the friendly competition with their Portuguese style Shish-Kabobs served with a pear and apple cobbler. EMS took second place with their street tacos, soup, and roasted pear desert. 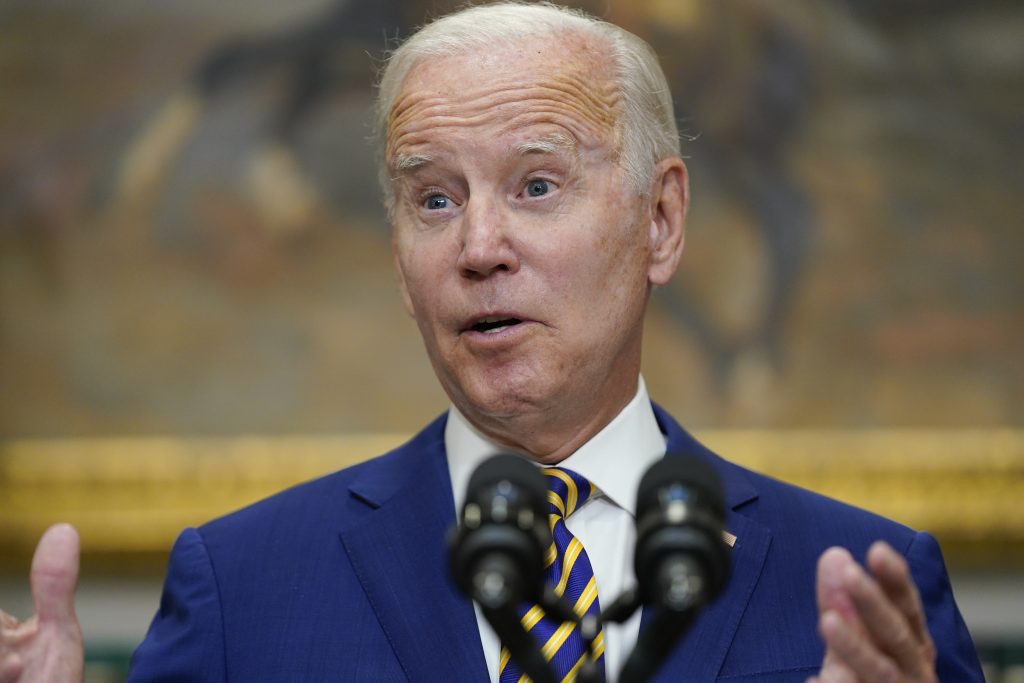 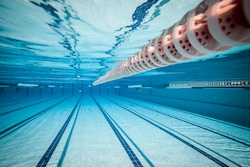