For one hopeful treasure hunter, it will take years to dig himself out of the hole created thru his reckless destruction in Yellowstone National Park.

Craythorn was indicted for the destruction in October 2020. He pled guilty to these crimes in January of this year.

Craythorn now begins a sentence of six months of imprisonment plus six months of home detention, followed by two years of supervised release. He will also pay $31,566 in restitution.

The cemetery, located at Mammoth Hot Springs, is a multicomponent archeological site with historical human burials. On July 31, 2003, the cemetery was designated as a National Historic Landmark and is included in the National Register of Historic Places.

Craythorn was found digging in Fort Yellowstone’s cemetery in late 2019 and early 2020 while looking for a treasure believed to be worth millions. 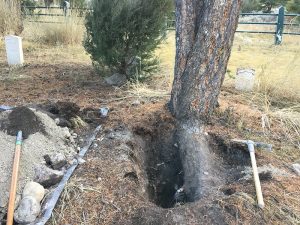 Rangers and special agents of the National Park Service discovered seventeen sites of illegal excavation in the Fort Yellowstone Cemetery.

This included damage to one of the historic graves.

A Santa Fe, New Mexico, art dealer named Forrest Fenn buried a chest of gold, silver, and gems in the western United States and then left a clue-filled poem to solve its location. Craythorn had done extensive research on the Forest Fenn treasure and documented his efforts to family and friends.

Needless to say, Craythorn did not find the Fenn Treasure during his criminal excavation. It was later found in Wyoming by another individual.

Acting U.S. Attorney Bob Murray says this case sets an important precedent. It shows preserving American history is important and violators will be pursued and prosecuted.

“Yellowstone is one of the country’s most popular national parks and we must do everything in our power to investigate and prosecute those who damage and destroy its natural and cultural resources. A national park is no place to stage an adult treasure hunt motivated by greed. The harmful actions of Mr. Craythorn, no matter the reason or intent, destroyed valuable archaeological resources that cannot be undone. I am pleased with the results of this case. The teamwork between Assistant United States Attorney Stephanie Hambrick and the rangers and special agents with our National Park Service resulted in the successful prosecution of a crime that a sentence of imprisonment is rarely imposed. Craythorn deserves time in a federal prison, no matter the length. Yet this case really serves to remind those enjoying our national parks the importance of respecting and preserving it for the whole of America”, Murray said.

Yellowstone Superintendent Cam Sholly applauds the sentencing decisions. He calls this “the most significant investigation of damage to archaeological resources in Yellowstone National Park’s recent history.”

Meanwhile, Yellowstone National Park Chief Ranger Sarah Davis says “a clear message” has been sent to anyone who chooses to destroy our national heritage.

“This is an example of a highly egregious resource violation stemming from the Forrest Fenn treasure hunt saga. Today’s action by the DOJ sends a clear message that these types of transgressions will be aggressively investigated and prosecuted,” Davis said. 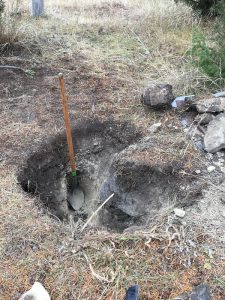 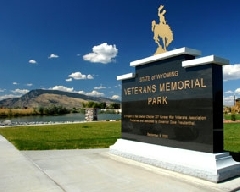