The first “tourons” of Yellowstone National Park’s 150th anniversary have been spotted and filmed getting too close to grizzlies and hoping to bear spray bison. 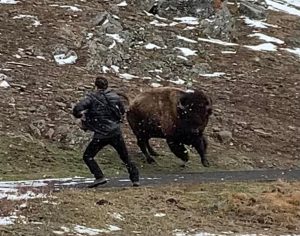 Less than a week after many roads in Yellowstone National Park opened for the season, tourists have been filmed being less than safe in the park. Pennsylvania resident Sean Swetter was visiting Yellowstone and captured the incident on film.

A large bison was grazing along a snowy path in some unidentified part of Yellowstone. A tourist – with a camera in tow – attempts to sneak behind the animal, apparently to get to his vehicle.

The tourist was well within the 25-yard distance everyone must keep between themselves and the park’s herbivores. But, once the man was too close to the bison’s liking, it turned and half-heartedly charged the man who scampered back to a waiting crowd.

Once the bison chased the man away, his wife approached Swetter, asking if he had any bear spray – the couple was hoping to spray the bison so they could return to their vehicle.

Swetter’s video was soon posted in the public Facebook group Yellowstone: Invasion of the Idiots.

Meanwhile, another video of a Yellowstone tourist surfaced on Instagram. User lavralyz – a self-described Yellowstone guide and enthusiast – filmed a tourist standing unprotected in the middle of a road taking photos of a foraging grizzly.

The “eager photographer” was less than 25 yards from the bear – at a time of year when grizzlies can be extremely dangerous and unpredictable.

“Bears are out… so are the #tourons,” lavralyz posted on April 23.

The video has since been picked up by USA Today. 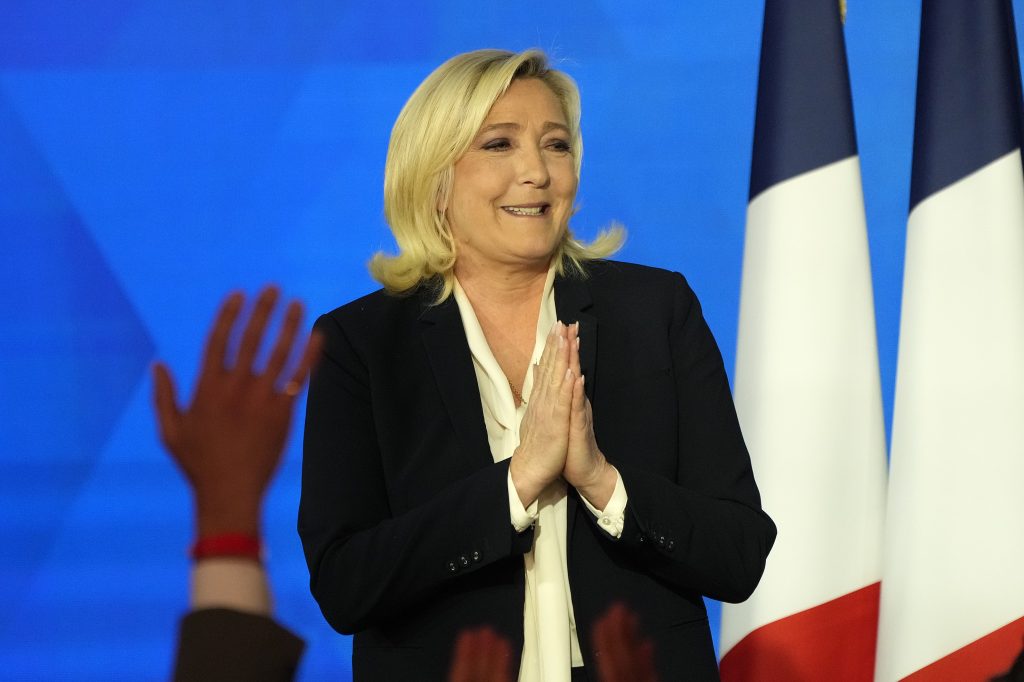 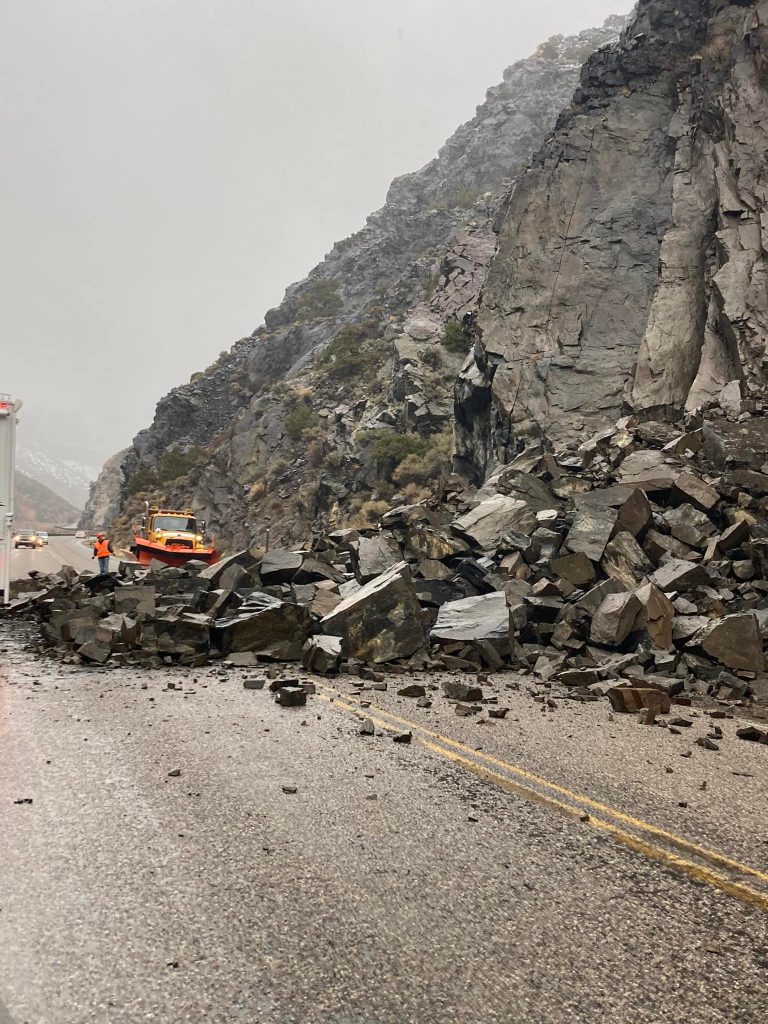