Over the years, animals have been briefly detained by police for crimes they didn’t even know they were committing.it ranges from dogs and cats to even donkeys’ to parrots. There have been animals who were cuffed and stuffed either because they were accused of spying for another country or taken to the big house for profanity. Here are a few animals detained after being accused of the most hilarious reasons! Here is a list of just a few note worthy criminal animals. For more stories about animals gone wild click here. Stories include a baboon ganglord, Brigit the underwear burglar, and the chip-addicted seagull. 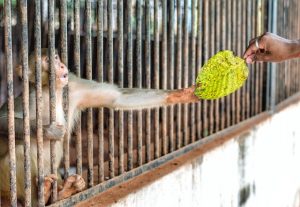