Behind Rumpke and Lawless Quake Hockey Ready to Roll

The Yellowstone Quake Hockey team is just about a week and a half away from hitting the ice for their first official face-off of 2020. Members of the Quake’s roster arrived in Cody back on September 10th with their first practice on the 14th. Today, a look at new assistant coach Steve Esau and a couple of players. Dylan Rumpke might be one of the biggest names on the Quake’s roster. Dylan led the Quake in points last year with 75. It wasn’t even known until the last minute if Dylan was coming back or not and he explains his decision to return.

“Well I obviously knew that I liked it out here and I didn’t end up making some of the teams that I went and skated with. So it was pretty easy for me to just come back here and play another year. I know I like it out here.”

This year Dylan is looking to take the next step as a leader.

“I’m working on being more of a team guy and making sure I got all my teammates backs and helping them up when they’re struggling.”

Austin Lawless, from Bay City Central High School in Michigan, is one of the newcomers to the Quake roster. Austin looks to be a key defender for this year’s team and talks about how coach Oberlin got him to Cody.

“He coached a junior team in Bay City Michigan and I was playing High School at the time. He asked me to come out and practice with him, so I went and skated. He said he really liked me. I ended up just going back to High School, finishing out my last year at High School. A year went by, he called me up and I said I’m ready to play.”

Austin goes on to say he loves the make-up on the roster and talks about their biggest strengths.

The Yellowstone Quake have also picked up a new assistant coach for this year, Steve Esau. Steve comes to Cody from Pennsylvania and talks about the adjustment.

“Never been here and it’s absolutely beautiful. The opportunity brought me here, spoke to Phil and it was a good fit. So it was a no brainer.”

Coach Esau goes on to talk about these first few weeks of practice and the process early on.

“It’s like a chemistry test. We have to mix them all together. It’s the best part of the year, is trying to build the squad. There is a good nucleus here, that they have built. Mixing in those other guys will only help the depth of the program and continue the success. Early stage, it’s like making soup, we’re trying to add some ingredients and make it happen.”

The Yellowstone Quake open their 2020 season on the road at Missoula October 2nd and 3rd. The Quake’s home opener is October 9th and 10th vs. Gillette. 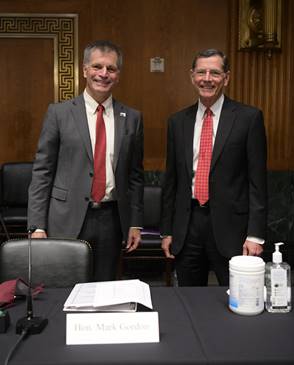