SAN DIEGO (AP) — U.S. authorities on Monday announced the discovery of a major drug smuggling tunnel — running about the length of  six football fields — from Mexico to a warehouse in an industrial area in the U.S. 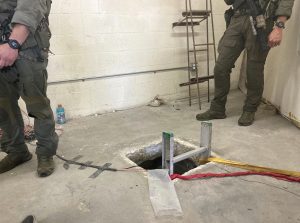 Law enforcement officers stand by the opening of a cross-border tunnel on Monday, May 16, 2022 between Mexico’s Tijuana into the San Diego area. Authorities have announced the discovery of the underground smuggling tunnel on Mexico’s border, running the length of a football field on U.S. soil to a warehouse in an industrial area. The cross-border tunnel from Tijuana to the San Diego area was built in one of the most fortified stretches of the border, illustrating the limitations of former President Donald Trump’s border wall. (AP Photo/Elliot Spagat)

The secret passage from Tijuana to San Diego featured rail and ventilation systems, electricity and reinforced walls, authorities said. It was discovered near San Diego’s Otay Mesa border crossing in an area where more than a dozen other sophisticated tunnels have been found in the last two decades.

U.S. authorities said it was unknown how long the tunnel had been operating and what amount of drugs, if any, got through undetected. They seized 1,762 pounds (799 kg) of cocaine, 165 pounds (75 kg) of meth and 3.5 pounds (1.6 kg) of heroin in connection with the investigation.

Six people, ages 31 to 55, were charged with conspiring to distribute cocaine. All are Southern California residents.

The tunnel is in one of the most fortified stretches of the border, illustrating the limitations of border walls. While considered effective against small, crudely built tunnels called “gopher holes,” walls are no match for more sophisticated passages that run deeper underground.

The latest passage, discovered Friday, ran one-third of a mile (532 m) to Tijuana. It was 4 feet (1.2 m) in diameter and about six stories deep.
The type of drugs seized may signal a shift from the multi-ton loads of marijuana that were often found in discoveries before California legalized pot for recreational use in 2019.

Hard drugs, such as heroin, methamphetamine and fentanyl, are typically smuggled through official border crossings from Mexico because their small size and lack of odor make them difficult to detect. But tunnels give smugglers an advantage of being able to carry huge loads at lightning speed. 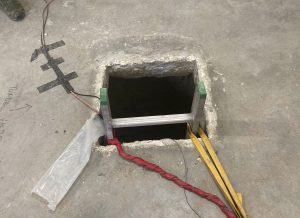 The opening of a cross-border tunnel between Mexico’s Tijuana into the San Diego area is seen on Monday, May 16, 2022. Authorities announced the discovery of the underground smuggling tunnel on Mexico’s border, running the length of a football field on U.S. soil to a warehouse in an industrial area. The cross-border tunnel from Tijuana to the San Diego area was built in one of the most fortified stretches of the border, illustrating the limitations of former President Donald Trump’s border wall. (AP Photo/Elliot Spagat)

The tunnel exited the United States in a nondescript warehouse named “Amistad Park” on a street that is busy with large semitrailers during the day but quiet at night. On Monday, armed guards watched over a small shaft with a ladder that descended into the tunnel.

After staking out a home that was recently used to stash drugs, officials began making traffic stops of vehicles that had been there or at a warehouse near the border, turning up boxes full of cocaine, according to a federal criminal complaint filed in San Diego.

They raided the properties — finding no other drugs at the warehouse, but a tunnel opening carved into the cement floor, federal prosecutors said.
Authorities have found about 15 sophisticated tunnels on California’s border with Mexico since 2006.

Many tunnels, including the one announced Monday, are in San Diego’s Otay Mesa industrial area, where clay-like soil is conducive to digging and warehouses provide cover.

The cross-border passages date back to the early 1990s and have been used primarily to smuggle multi-ton loads of marijuana. The U.S. Drug Enforcement Administration said in 2020 that they are generally found in California and Arizona and associated with Mexico’s Sinaloa cartel.

Authorities declined to link the latest tunnel to any specific cartel. They claimed victory despite not knowing how long it had been operating.
“There is no more light at the end of this narco-tunnel,” said Randy Grossman, U.S. attorney for the Southern District of California. “We will take down every subterranean smuggling route we find to keep illicit drugs from reaching our streets and destroying our families and communities.”

By federal law, U.S. authorities must fill the U.S. side of tunnels with concrete after they are discovered.
___
Associated Press writer Eugene Johnson in Seattle contributed.

Worland Track and Field Head To State In Casper 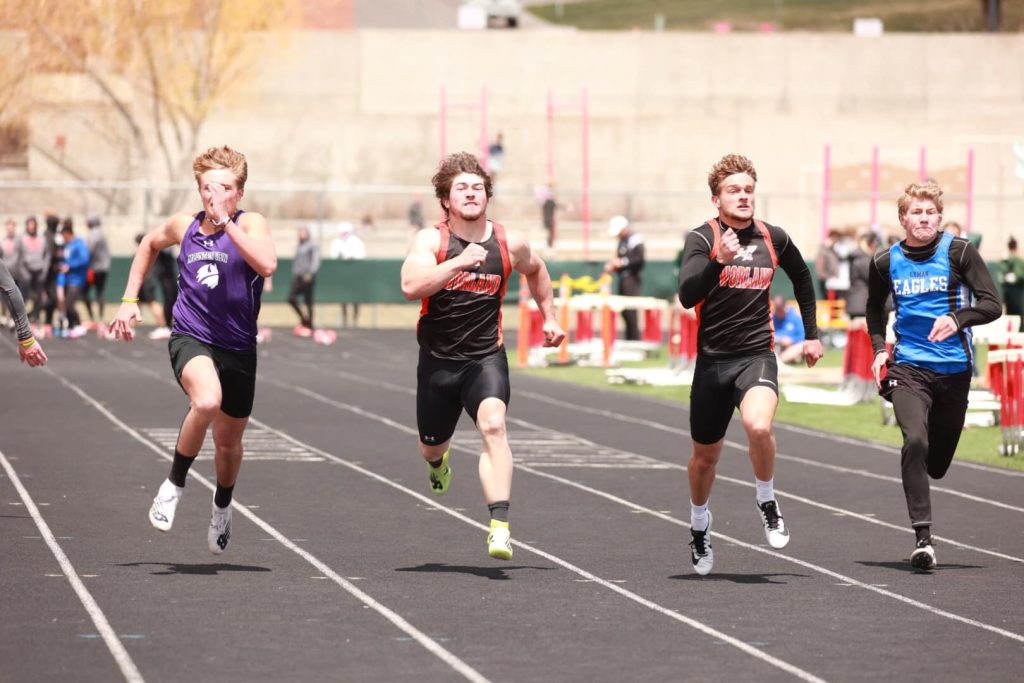 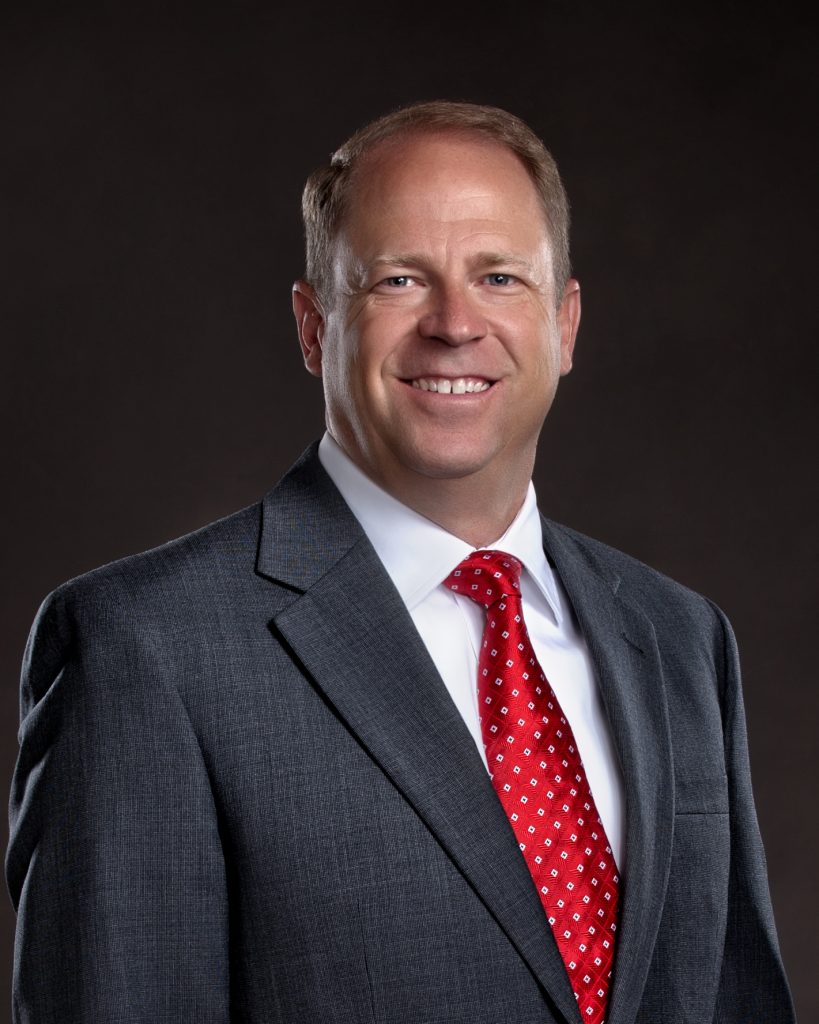