Public input is encouraged on the B.L.M. Cody Field Office’s plan to officially decommission the ineffective Fubar Dam and Reservoir northwest of Powell.

As its name would suggest, the Fubar Dam and Reservoir have reached the end of their problematic livelihoods. So, the B.L.M. is ready to officially end the “usefulness” and decommission the area.

According to the B.L.M., the Fubar Reservoir has been silted in and non-functional for the last two decades. Today, it mainly serves as a local fishing site and not much else.

Engineering analysis determined that the reservoir has reached the end of its lifespan, and alternatives to remove silt or enlarge its capacity would be expensive and unnecessary. 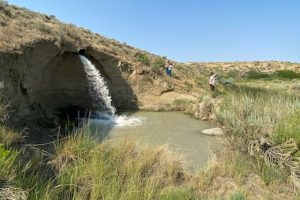 Decommissioning the Fubar Reservoir will increase public access to other “traditionally used” areas in that portion of Park County.

The current plan is to construct a new spillway that safely passes water and sediment through the existing embankment.. The spillway will be approximately 162 feet long consisting of 10 intermittent two-foot-tall steps.

This new construction would remediate the possibility of an uncontrolled breach of the Fubar Dam, releasing water and sediment downstream.

In addition, a new access road would be constructed around Fubar Reservoir. This road would provide public vehicle access to traditionally used areas, like  the west side of Fubar Dam, after the decommissioning is complete

Furthermore, vehicle barricades consisting of precast concrete ecology blocks will be placed at both abutments. The barricades will prevent vehicles from driving into the breached embankment area.

No stream or wetland restoration work is currently planned for the Fubar Reservoir area at this time.

The comment period for the Fubar Dam and Reservoir decommissioning will be open until Feb. 22, 2022.

The environmental assessment for the proposed project is available for public review and comment at the BLM’s online National Environmental Policy Act Register. 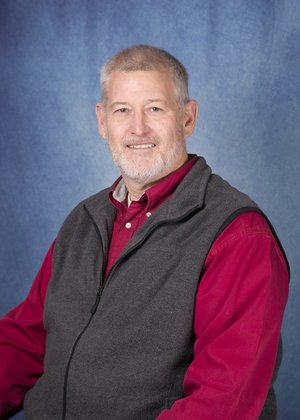