Irrigators are without canal water temporarily as the Heart Mountain Irrigation District works to patch a leak in its canal west of Cody.
The District cut off water in its canal Monday morning to attempt an emergency patch on the Rattlesnake liner, which was built in 1938. According to an article in the Powell Tribune, the canal was leaking 45 cubic feet of water per second through a crack in the 4-inch thick concrete liner near the Shoshone River just west of Cody. Ditch rider Jimmy Roberson noticed the leak early Monday morning and repair crews had heavy equipment on the scene before noon.
Randy Watts, manager of the district, said that when the patch is completed, it will take a while to get the water back up to normal levels. The team is hoping to patch the leak well enough to get them by for the next year or two, until funding can be secured to replace the liner. The District is in the process of requesting funding from the Wyoming Water Development Commission, but the process could take up to two years before work can begin.
Until then, the district can only hope the emergency patches hold. The last breach in the liner, in 2015, happened less than 100 yards from the current leak. 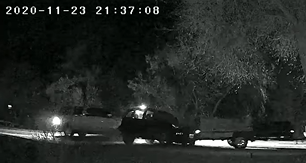