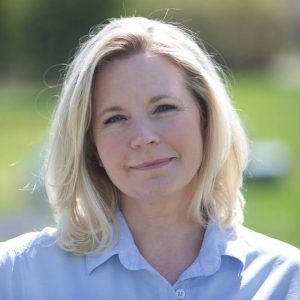 The forum is for “leading voices in the conservative movement to address critical questions facing the future of the Republican party,” the Institute states.

Cheney’s public disagreements and criticisms of Republicans like CEO of MyPillow Mike Lindell and former President Donald Trump have placed her in the national spotlight. Cheney is uniquely situated to address the forum’s topic, “critical questions” facing Republican leadership, because of her public discourse with prominent Republican figures and because of her role as vice-chair of the House Select Committee investigating the Jan. 6, 2021 attack on the U.S. Capitol.

In Wyoming, Cheney has been attacked as a RINO (Republican In Name Only). Further, her campaign website directs Wyoming Democrats (under a section of the website titled “How Do I Change My Party Affiliation To Register As a Republican So I Can Vote For Liz?”)  to make use of crossover voting to aid her re-election efforts, saying, “To change your party affiliation or to declare a new affiliation, complete the Wyoming Voter Registration Application & Change Form and submit it to your county clerk’s office not later than 14 days before the primary election.”

Cheney’s remarks will address questions like “Why are you a Republican?” and “What should the Republican Party stand for?”, according to a press release from the institute.

Cheney will speak on June 29th at the forum.