Representative Cheney is the latest high-ranking Republican to take a stance on the president’s flurry of election-related battles.

In a statement released on her website last Friday, Cheney spoke on the importance of the electoral college in the presidential election.

“America is governed by the rule of law. The President and his lawyers have made claims of criminality and widespread fraud, which they allege could impact election results. If they have genuine evidence of this, they are obligated to present it immediately in court and to the American people. I understand that the President has filed more than thirty separate lawsuits. If he is unsatisfied with the results in those lawsuits, then the appropriate avenue is to appeal. If the President cannot prove these claims or demonstrate that they would change the election result, he should fulfill his oath to preserve, protect and defend the Constitution of the United States by respecting the sanctity of our electoral process.”

This statement makes Cheney one of the few – and one of the most powerful – Republicans taking a public stance on President Trump’s persistent arguments of fraud in the election. The president and his legal team have filed numerous lawsuits in several key states seeking to contend results and force recounts. Most have been thrown out, citing a lack of evidence.

While Cheney’s statement encourages the president to respect the electoral process, it falls short of asking Trump to concede. Nor does it recognize former vice president and Democratic candidate Joe Biden as the president-elect.

Cheney was re-elected to a second term as Wyoming’s sole representative in the U.S. House of Representatives in the 2020 General Election. She serves as the House Republican Conference Chair, making her the third-highest ranking member of the GOP House Leadership. 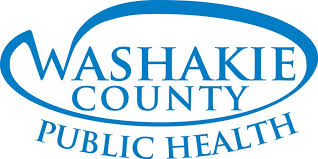