Damage to a forest service road has delayed the opening of Clay Butte Lookout on the Clarks Fork District of the Shoshone National Forest.
Forest Service Road 142, which is the access road for Clay Butte Lookout, has a large slump which does not allow for safe passage, according to District Ranger Sue Stresser. However, Stresser said that they hope to have the repairs complete and road open by the end of this month. 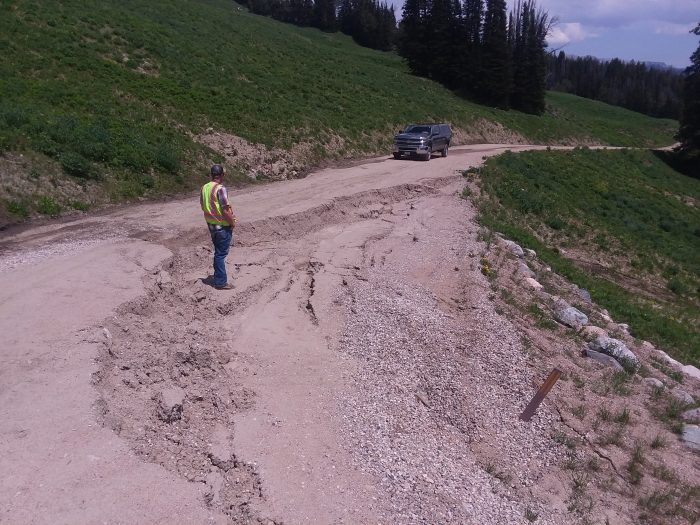 The Clay Butte Lookout was built in 1942 by the Civilian Conservation Corps and was staffed until the 1960s, when aircraft proved a better tool for fire detection. Because of its popular scenic vantage point and proximity to the Beartooth Highway, Clay Butte continues to be used as a visitor information site.

Cody School Board Candidates Make Their Case on KODI