Cody Among the Windiest in Wyoming

Wyoming certainly blew into 2020 quite ferociously . . .

The National Weather Service Office in Riverton compiled a list of the highest wind gusts recorded across the state. The average in most of the state was around 45-50 mph. Casper took the prize for the strongest winds – big surprise. On the Casper Outer Drive – elevation of 5462 feet – winds reached as high as 75 mph. That’s hurricane force wind.

Don’t worry, Cody represented itself quite nicely. We were second only to Casper. Yellowstone Regional Airport reported 55 mph winds, the City of Cody reported 66 mph winds, and the Park County Sheriff’s Office had a high-speed windy chase at 73 mph.

Thankfully, Cody and the entire Bighorn Basin has been spared the snow that has paralyzed parts of southern Wyoming and closed sections of I-80.  As of Thursday morning, much of I-80 is still closed. 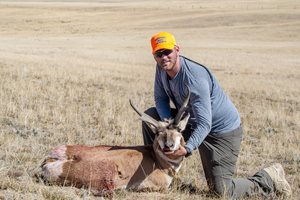