Both Cody basketball teams poured in 60 plus points Saturday afternoon as they earned a sweep over Jackson.

After a Friday night that saw the Fillies suffer their third loss of the season, Saturday was a complete 180 as they showed why they’re the number 4 ranked team in Wyoming, dropping in a season high 61 points.

It was the sophomore duo of Ava Meier and Jessa Lynn that sparked the Fillies in the first quarter as Meier had three steals, one of which led to a Lynn lay-in and one opportunity.

The Fillies would get back to their stifling defense and intensity holding Jackson to five first quarter points and threw in some dramatics as Reece Niemann dropped in a three to be the first quarter buzzer giving them a 14-5 lead after one.

The second quarter was much of the same as the Fillies would again drop in 14 points and took the lead into halftime 28-9.

After finding herself in some foul trouble early the third quarter belonged to Torrie Schutzman who drained three of her four 3-pointers and helped the Fillies add to the lead. Cody would also hold Jackson scoreless in the third frame.

In the fourth they would keep things rolling and when it was all said and done the Fillies earned a dominant 61-15 win that saw them put up 14 or more points in every quarter.

Molly Hays, Kennedi Niemann and Schutzman would lead the way for the Fillies with 12 points each. Reece Niemann added 11 and Brittan Bower scored a season high nine points.

With the win the Fillies were able to bounce back from their loss against Star Valley and improve to 10-3 on the season.

As for the second of our double header it was the Broncs vs. the Broncs as Cody squared off against Jackson.

After falling behind early the Cody Broncs would use a 22 point second quarter and went into the intermission all knotted up at 33.

This game had just about all you could ask for in a basketball game as each team would make a run in the second half.

Cody opened up the third quarter with blistering defense that led to easy opportunities. Cody, after putting up 22-second quarter points dropped in 21 in the third while holding Jackson to just seven. Cody took a 14 point lead into the final frame.

Jackson, would not go quietly. They knocked in 12 3-pointers in the game, six in each half, and it was the long ball that brought them back into the game.

Jackson would use a 12 point fourth quarter advantage to cut into Cody’s lead, in a game that went down to the final buzzer.

With nine seconds to go in regulation Jackson had the ballin the hands of their senior point guard, Gavin Brunner. Brunner would be forced into the far side corner with Caleb Pryor playing stifling defense. Brunner launched a heave at the buzzer that clanked off the side of the rim and Cody hung on for the 64-62 victory.

Leading the way for Cody was Luke Talich with 19 points, Robby Porter added 15 and Caleb Pryor had 11.

With the win the Cody Broncs improve to 3-10 on the season.

Up Next: Cody Basketball will host Evanston and Green River next weekend. Cody closes out their season with four of their final five games at home. 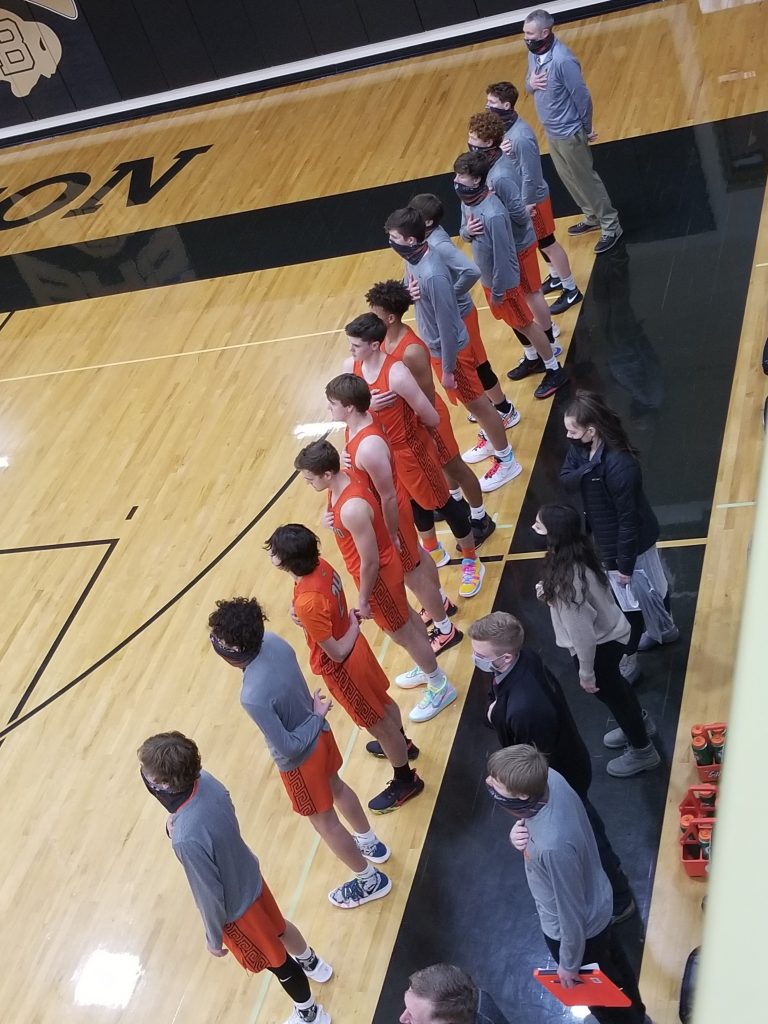