Written by Associated Press on February 8, 2021

CASPER, Wyo. (AP) — Ty Lunsford left Casper in 1998 — seeking, as he says, “bright lights, big city.” He was raised here and moved out of his parents’ house to go chase the action in Denver.

In November, after his job at a Southern California tech startup went permanently remote, he packed up his home in Thousand Oaks and moved his family back to his hometown. This time, he intends to stay for good.
“I never thought I’d see the day,” Lunsford laughed. “But here I am.”

Lunsford is part of a trend that’s bringing Casperites back home to raise their families as the COVID-19 pandemic makes it possible for those with office jobs to work from anywhere. Casper, where the economy is heavily reliant on oil and other blue-collar industries, may benefit from this influx of diverse labor.
But in a state desperately in need of a financial boost, Wyoming will continue to miss out on the economic benefits of the new arrivals — at least until lawmakers commit to long-elusive reforms.

Lunsford, a Casper native, said when he found out his job was going to be remote forever, the decision to move back to Wyoming was a no-brainer, the Casper Star-Tribune reported.

“Instead of dealing with the high cost of living in Southern California, I can come back here and live near my family,” he said. “So I get to keep my job and my salary from there and live here in Casper.”

His parents still live here, and one of his sisters has raised her family in Casper. Moving back gives his kids — 10-year-old Eli, 8-year-old Brody, and 5-year-old Jake — a chance to grow up around their grandparents and cousins. Not to mention the state’s lack of income tax means Lunsford will see a few extra hundred dollars in each paycheck.

Buying a house, even in the fast-moving market brought on by the pandemic, also showed the upside of moving back to Casper. Lunsford said the amount they paid for a big house at the base of the mountain would get you a “dumpy two-bedroom” in Thousand Oaks, California. They had to act fast, though — he said the homes they were looking at in the $150,000 to $400,000 range were getting snatched up within days of being put on the market.

Ryan Finlayson, who moved from Boca Raton, Florida, to Evansville with his wife Katie early this year, said they were able to afford a place with 20 acres of land. Katie’s parents live here, and they’ve talked about making the move for a couple of years. When Finlayson’s job got downsized, all signs finally pointed west.

His wife managed to secure a job in restaurant management before the move, and he’s planning on getting his Wyoming broker’s license to continue a career in real estate. After years of working 80-hour weeks, he and his wife are looking forward to adopting a slower-paced lifestyle in Wyoming. Eventually, they’re also planning on starting a family and thought the Casper area was just the place to do it. Low-interest rates made the move, and the acreage, possible.

While newcomers may have been drawn to Wyoming by wide open spaces, the low prices don’t hurt.

“The interest rate you’re paying probably affects what you can afford more than anything,” Casper real estate agent Laurel Lunstrum said. “So you can afford a lot more house with your money.”

Lunstrum said she saw a 15-20% increase in people buying homes from out of state in 2020. Jim Edgeworth, who sold the Finlaysons their house, said people moving back to Wyoming made up around 3% of his total sales last year. Those people were usually either parent looking for a family home or older people looking to retire in Casper.

“We were careful; we had to change the way real estate can be done,” Edgeworth said. “People were buying sight unseen. We were doing walkthroughs with FaceTime and video calls. Even during the pandemic, people are still trying to buy houses.”

Out-of-staters aside, Casper’s real estate market also got a boost from low-interest rates that hovered around 3% for most of 2020. Lunstrum said renters were able to start buying small homes while those homeowners hopped on the opportunity to move into bigger houses. The average time on the market for Casper area homes in 2020 was 14 days less than in 2019. Once properties started to get freed up, Lunstrum said, they moved fast.

Both real estate agents said they’d worked with several clients moving to Casper from around the country — California, New York, New Mexico, Michigan, Maryland, Florida, and as close as Denver. Local real estate agent Dorie Nelson said she worked with a few buyers who worked in banking and consulting and wanted to take advantage of working from home.

Most of them either grew up here, have family in Casper, or both, with some exceptions among the retirement crowd. They may signal an answer to an oft-cited problem in Wyoming, where young people reap the benefits of the state’s education and resources and then leave, taking their skilled labor with them. That’s made Wyoming the fastest-aging state, according to 2019 data from the U.S. Census Bureau — the 65-plus population grew 3.8% that year compared to 0.2% total population growth.

Now, young professionals with kids and specialized labor may help set back that clock.

“We have an awful lot to offer for people coming in from other states,” Lunstrum said. “No state income tax, cost of living is generally lower than many areas. People are saying, ‘I think I’ll just go to a place where there’s less stress and I can do what I do.'”

The Road to Diversification

Working in tech, Lunsford knows there aren’t a ton of people in his industry around Casper.

“I’m not young, I’m 44 years old, and making this move is kind of risky because Casper’s economy is so lacking in diversity,” Lunsford said. “If I got fired tomorrow, I’d probably have to move to Denver or somewhere else.”

He hopes he can help diversify the economy with his industry connections and expertise, and he’s made some moves to link up with locals in his field — though networking is hard in the age of social distancing. He started working out of the downtown co-working space Basement Shift — the only new client they saw during the pandemic, according to owner Lyle Murtha. It’s not like there’s no tech in Casper — local startup Flowstate is an exception to the rule, but even its pipeline leak detection software caters to the oil industry.

If somehow Casper was overtaken by techies and white-collar professionals from out of state, revenue systems in place in Wyoming prevent the newcomers from making much of an impact financially. That’s because the state’s tax system is set up to be heavily reliant on the extraction industries. Ashley Harpstreith, executive director of the Wyoming Taxpayers Association, said change needs to happen in Cheyenne before regular Joes will see any tangible benefits.

As Wyoming’s tax structure stands now, an influx of new people doesn’t actually stimulate economic growth. Rather, it places an added burden on state services since the newcomers can benefit from them without making much of a contribution to their funding.

A 2017 analysis of Wyoming’s economic model presented by the taxpayers association shows that adding jobs actually increases expenditures in the long run in all sectors besides oil and gas, where it would boost revenue the same year. In states with similar assets — Utah, North Dakota, and Kentucky — the analysis showed that adding workers would make revenue outpace expenditures across all industries by 2021.

Those states also have something Wyoming does not — corporate and individual income tax. So while people like Lunsford enjoy out-of-state salaries with Wyoming prices, the state budget is missing out on revenue that could be gained from taxing those higher incomes meant for people living in states with higher costs of living.

According to the Bureau of Labor Statistics, 8% of Wyoming’s workforce works in mining, quarrying or oil and gas extraction. That’s more than double the rate in North Dakota, which at 3.9% has the second-highest percentage of workers in those industries in the nation.

Revenue from mineral extraction made up 53% of Wyoming’s budget during the 2019 fiscal year, according to numbers published by the Wyoming Taxpayers Association. That number is down from boom years in the early 2010s, when it neared 70%. But the reduction doesn’t necessarily reflect larger revenue contributions from other sectors; rather, it means less revenue overall as oil and gas prices fall.

On a practical level, that means cuts to schools and other state agencies that provide public services those pandemic newcomers hope to benefit from. With untapped tax revenue from out-of-state transplants in non-mineral industries, money that could be used to improve any number of things in Wyoming is passing, untouched, under its nose. Instead of providing tax revenue to the state as it did in California, Lunsford’s salary is now staying in his family’s pockets.

“Energy’s changing,” Harpstreith said. “But the tax structure is the same.” 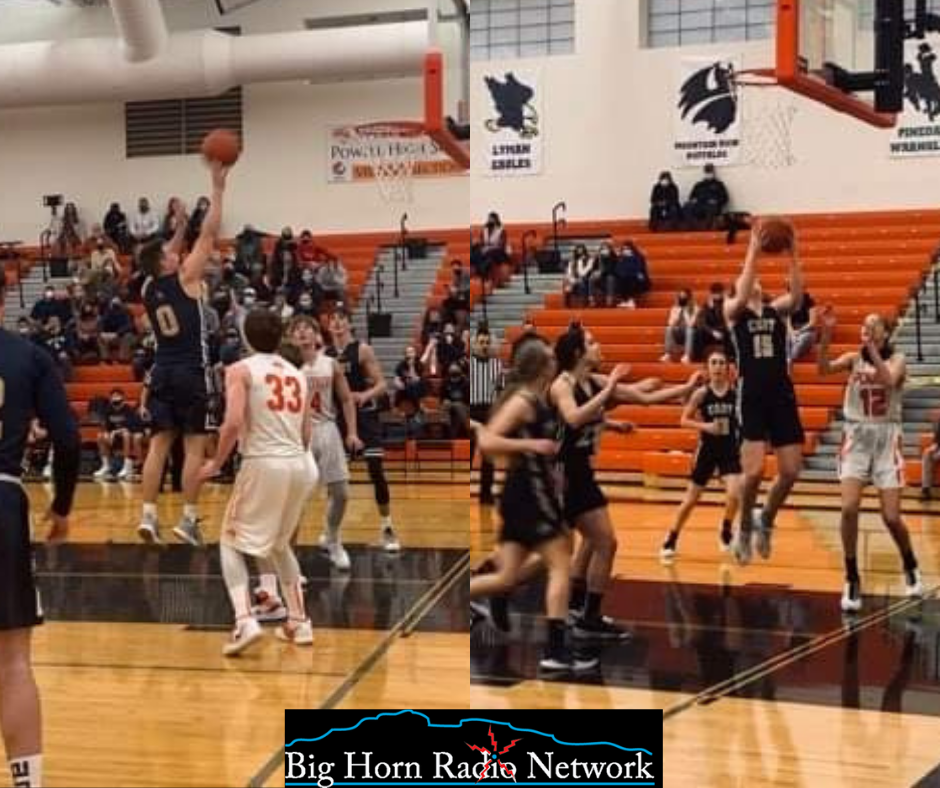 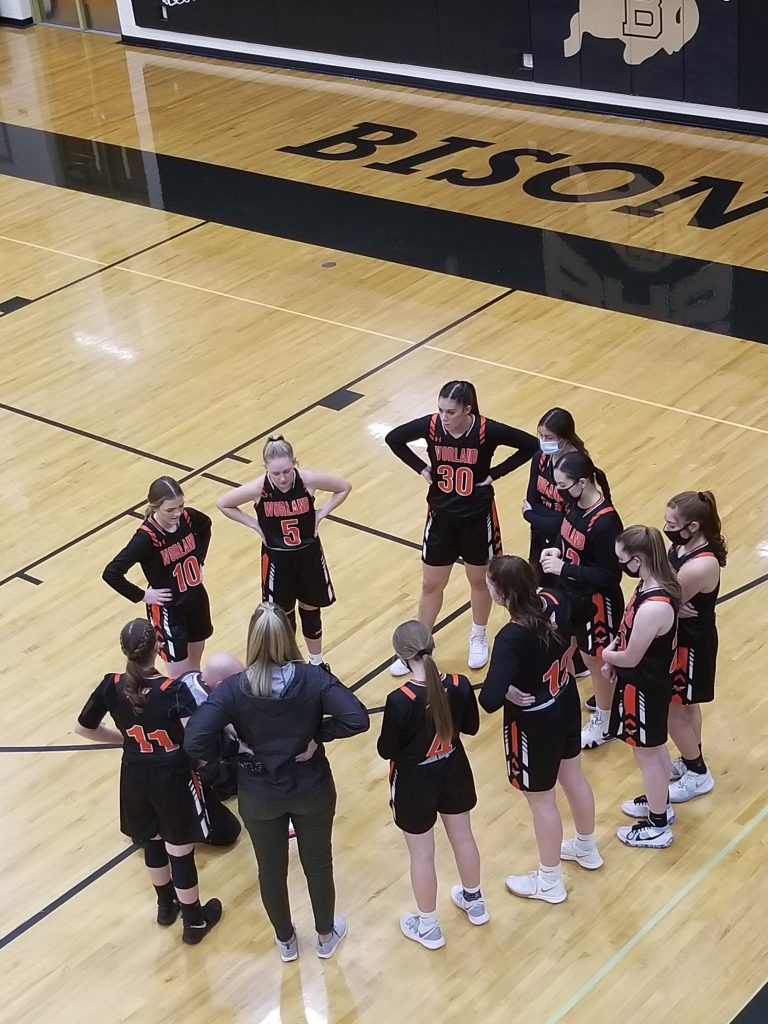