The 2022 Wyoming High School Football All-State and All-Conference Awards have been announced.

All-State awards are courtesy of the Wyoming Coaches Association while all honors are voted on by head coaches in each conference.

Now, the moment you’ve all been waiting for, the Cody and area players that garnered post-season honors.

First a look at the Broncs that earned All-State. They are:

Some other accolades given to Cody Bronc Football Players include:

Luke Talich was named the Defensive Player of the Year in the Class 3A West Conference.

Matt Nelson was named the Special Teams Player of the Year.

Jace Grant was named the Lineman of the Year.

More on this including a look at area players garnering post-season accolades coming later. 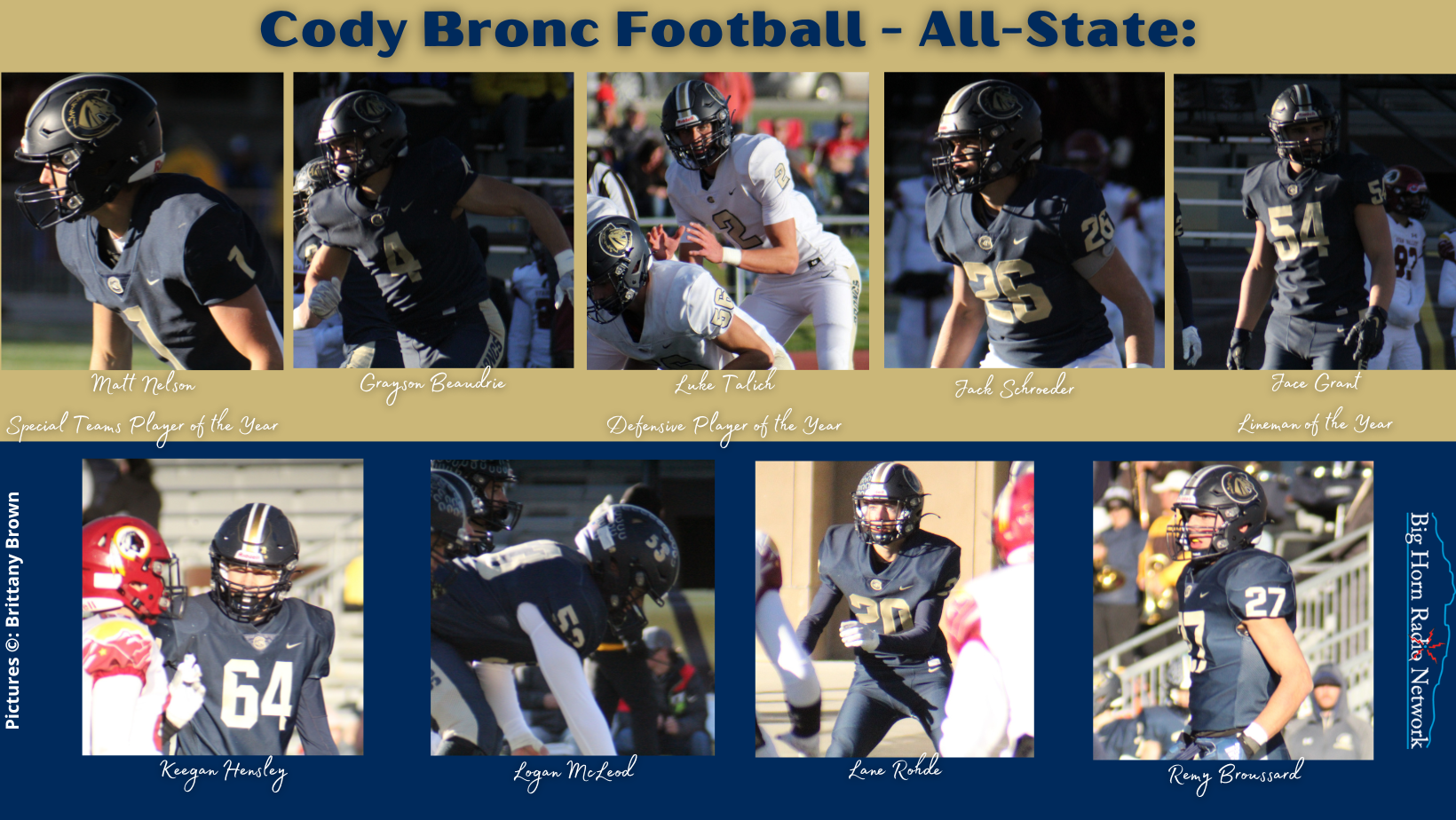 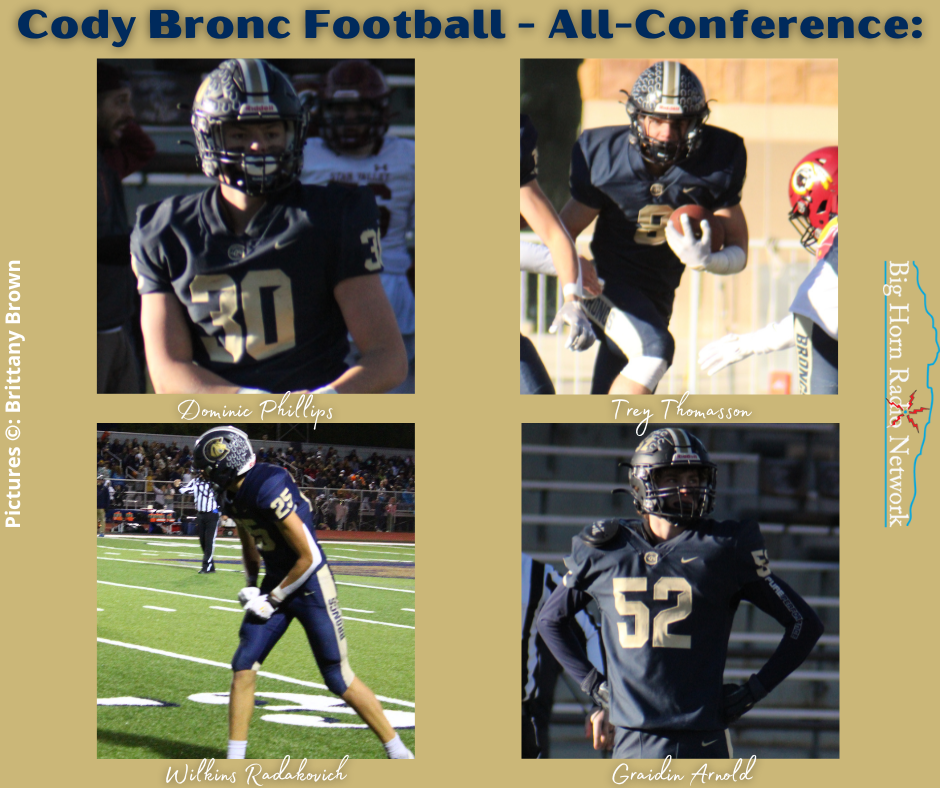 The 2022 Wyoming 3A All-Conference Football Team 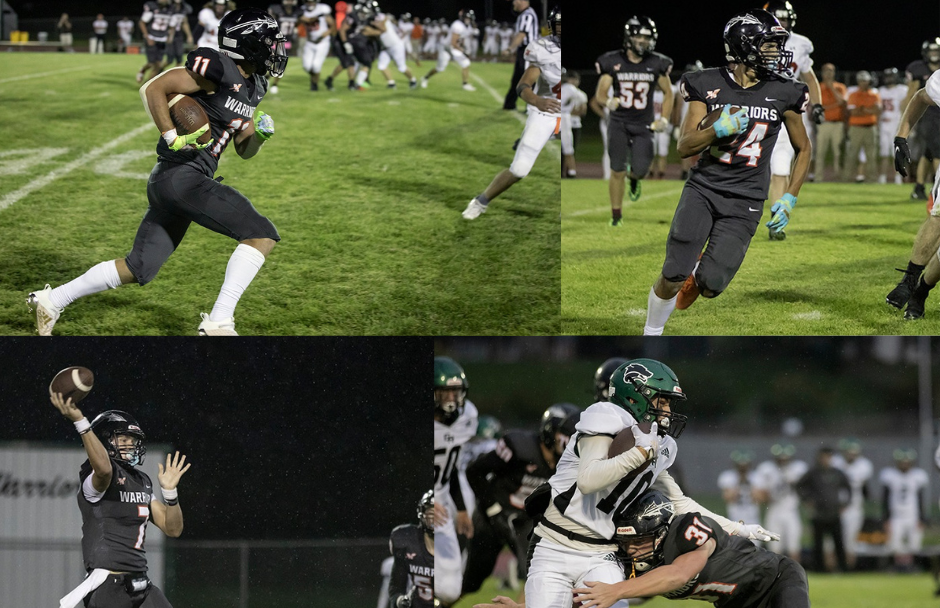 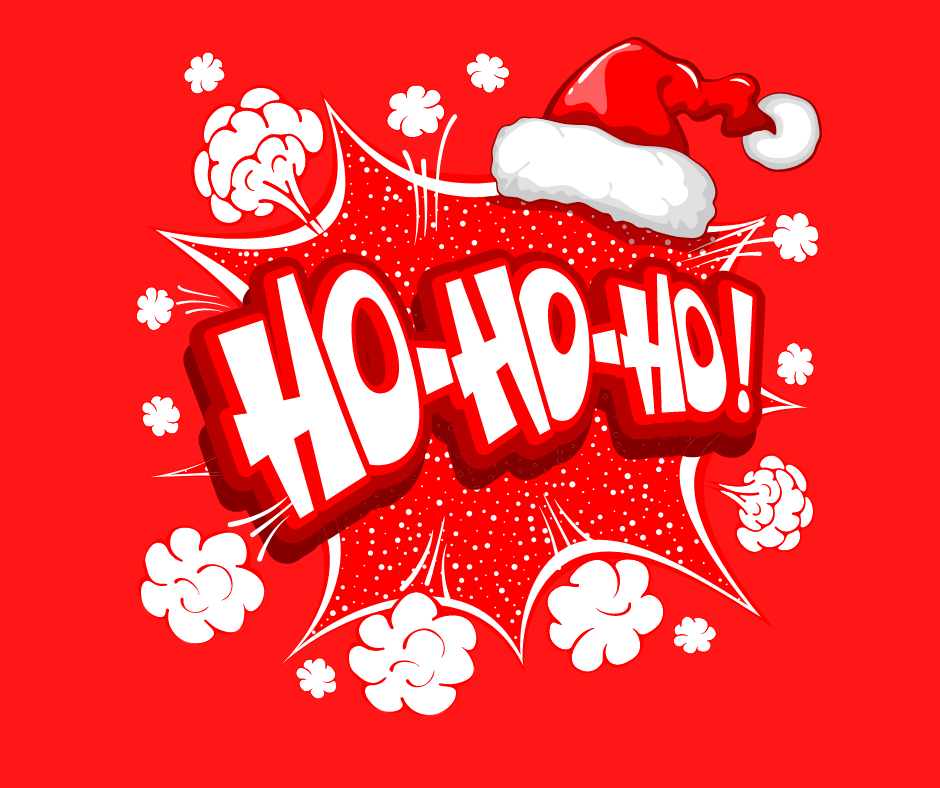