Everyone is asked to keep their eyes open for an overdue hiker.

50-year-old Michael Alan Shotts has not been seen after taking a short hiking excursion last weekend. According to the report received from the Park County Sheriff’s Office, Shotts was in the area of the Hayden Arch Bridge last Saturday, May 2nd around 7:30 pm. He was there with his truck – a grey 2009 BMC Sierra with a Veterans’ Airforce license plate 329 – and two dogs. On the morning of May 3rd, the truck was found in the same location, with the two dogs wandering around. Shotts was nowhere to be found.

The Park County Sheriff’s Office is asking for any information about the last known whereabouts of Shotts. He was last seen wearing a blue shirt, blue jeans, and a yellow ball cap. Anyone who can provide a direction of travel or last know location is asked to please call Park County Dispatch at 307-527-8700 or 307-754-8700. 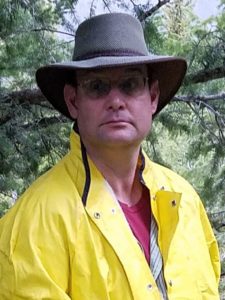