A Cody officer has been commended by the FBI.

Last week, Cody Police Officer Scott Burlingame received an official commendation from the FBI for his outstanding assistance in connection with the investigation and apprehension of Allisson Bebiano. Bebiano, a Brazilian native with a travel visa, was stealing cash from ATM machines using counterfeit debit cards. Over a 5-year period, he stole approximately $1 million dollars. Bebiano was finally arrested this past November, and was charged with his crimes in US Federal Court.

Burlingame coordinated with the FBI throughout the entire process, and personally apprehended him at the Sunlight Federal Credit Union. Agents from the FBI Field Office in Casper presented Officer Burlingame with a certificate and a statement from FBI Director Christopher Wray:

“Your cooperation was immeasurable help to our representatives. I share their gratitude for your support, which assisted them in carrying out their responsibilities. You can take pride in the role you played, in the success achieved, and my associates and I congratulate you on a job well done.”

Cody Students Place in the Wyoming Letters About Literature Contest 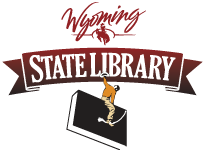