The Cody Police Department is once again asking for public assistance in identifying two at-large vehicle burglars, “caught in the act” on the north side of town.

Another wave of vehicle burglary has been reported in Cody and the Cody Police Department is searching for the culprits. This time, the targeted area was the 3000 block of Kent Avenue.

The burglaries occurred around 3:50 a.m. on the morning of Sunday, June 6. Three individuals were roaming Kent Avenue, breaking into vehicles parked in driveways.

Luckily, a home security camera captured images of the three burglars attempting to break into two vehicles on a driveway. Once they learned they were on film, all three ran away down the west side of the street. 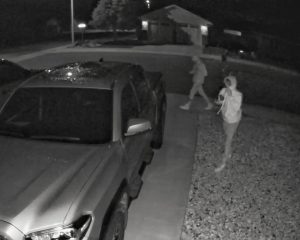 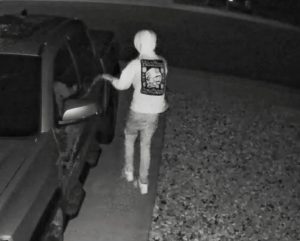 Nothing was taken from the vehicles caught on camera. However, another vehicle was successfully robbed of “items of significant value,” according to police officers.

Both suspects were wearing hoodies during their crime spree, obscuring their faces. One burglar’s hoodie had a large, distinctive design on the back with the words “Heading Nowhere” clearly visible.

A brief internet search reveals the hoodie is made by a company called Dravus. The hoodie itself is brown with the large black, green, and purple desert scene on the back. 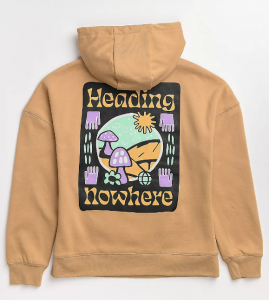 Cody has been dealing with waves of vehicle burglaries over the past year.

In February 2021, 31-year-old Bryan Nihei was arrested for his possible role in over 25 vehicle burglaries in the area of 31st street. A private citizen caught Nihei in the act, apprehending and holding him until law enforcement arrived.

Locking your vehicle and making sure the windows are fully closed are the obvious steps to take, but in addition:

Anyone with information on these crimes is encouraged to reach out anonymously or otherwise.