The Cody Bronc Football team played host to Evanston, Friday night, for Senior night and came away with a 48-14 victory.

The Broncs led 7-0 after the 1st quarter of action but erupted in the 2nd quarter. The Broncs would score 35 second quarter points en route to the dominant win.

Luke Talich would lead the offense out on the field for the start of the 2nd half and found Trey Thomasson on a 65 yard touchdown pass to start the 3rd quarter to punctuate the victory.

He also ran the ball 5 times for about 30 yards and a TD.

Grayson Beaudrie had 3 carries for about 48 yards and 2 TD’s while showing off the nifty footwork on his 30 yard score.

Jackson Schroeder, too, found pay-dirt while also rushing for about 45 yards.

Matt Nelson had a couple carriers for 25 yards.

Grady McCarten rushed the ball 7 times for about 43 yards. He also had a couple of catches one of which being a 12 yard TD.

Thomasson had the one 65 yard TD grab while running the ball a couple times.

With the win the Cody Broncs are now 7-0 on the season, 4-0 in league play and are riding a 23-game win streak, dating back to 2020. Also, Cody has officially clinched the No.1 seed and home field advantage for the playoffs due to Powell losing against Jackson.

Up Next: Park County Rivals clash next Friday as Cody travels to Powell for the Big Horn Brawl.

Below, enjoy some pictures from Senior Night. Photos © Brittany Brown 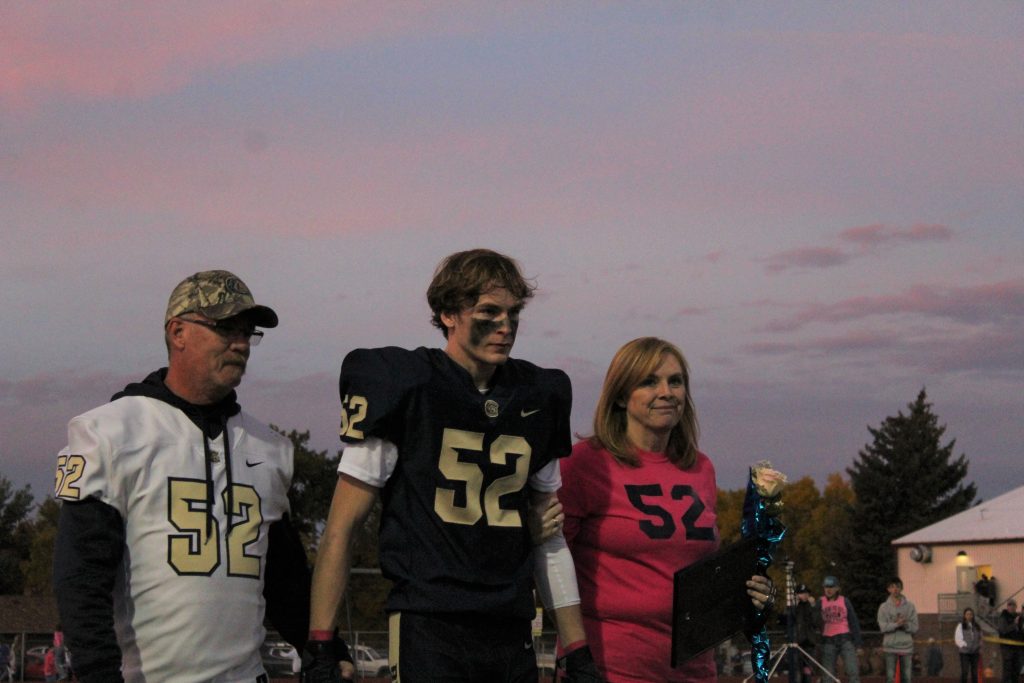 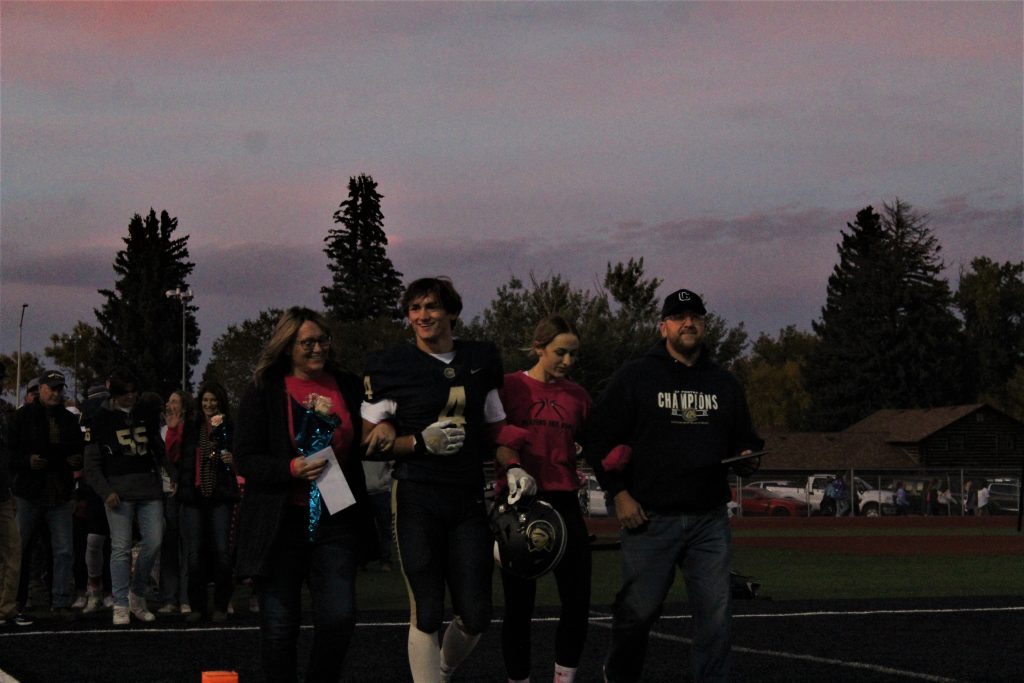 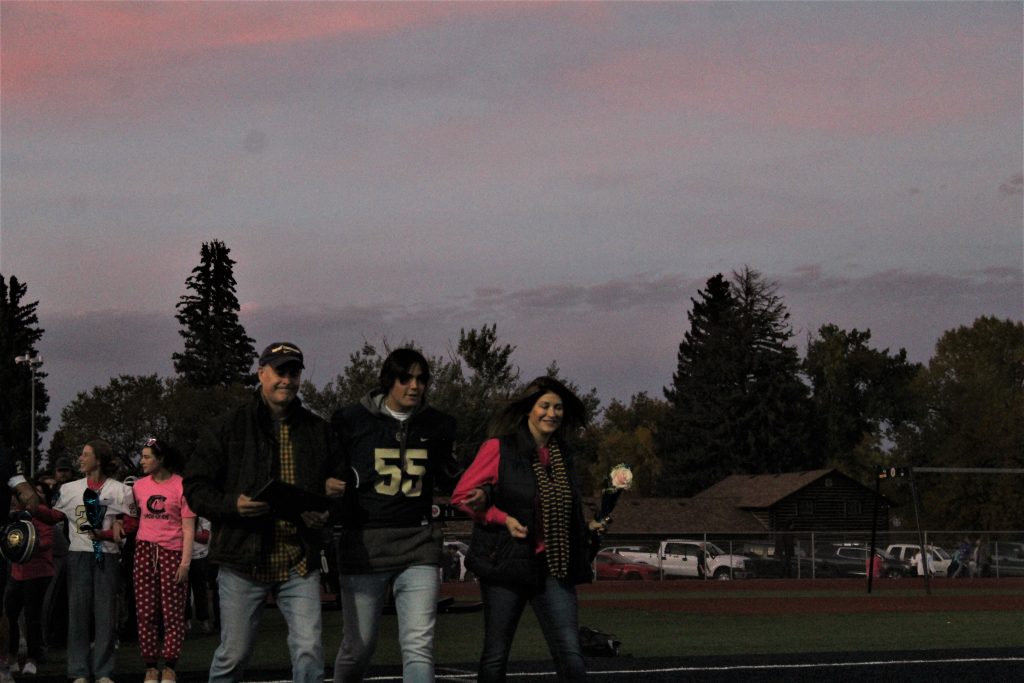 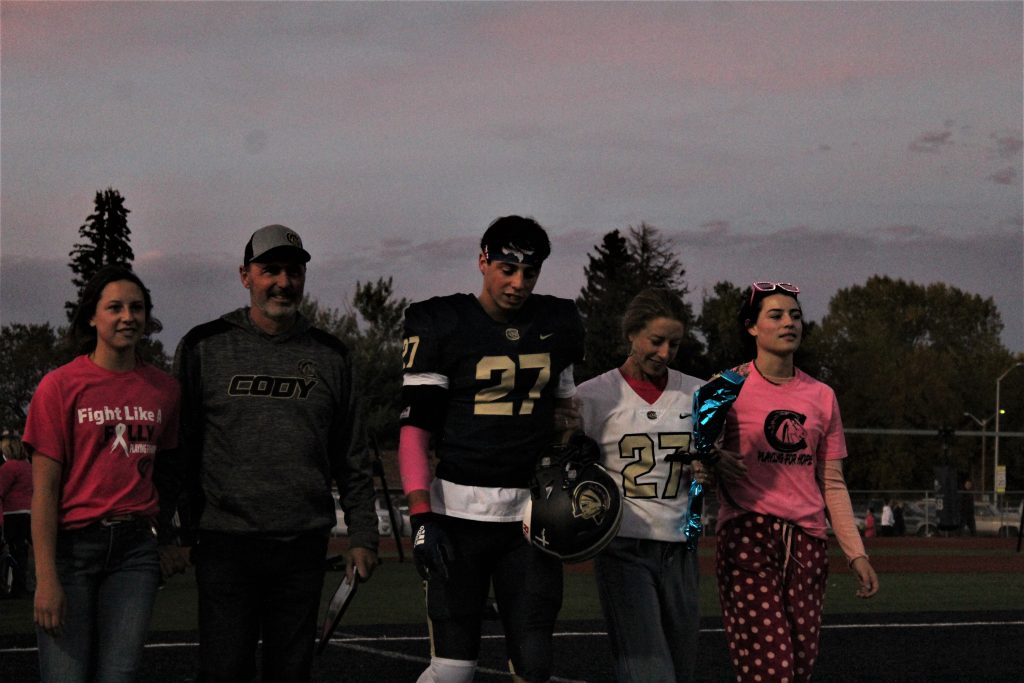 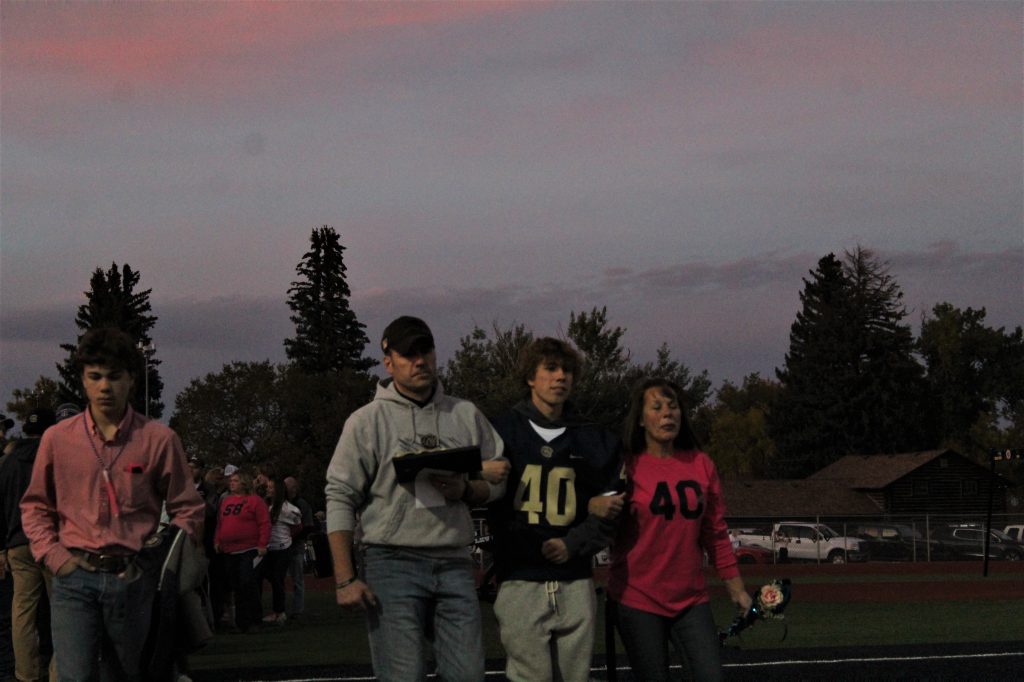 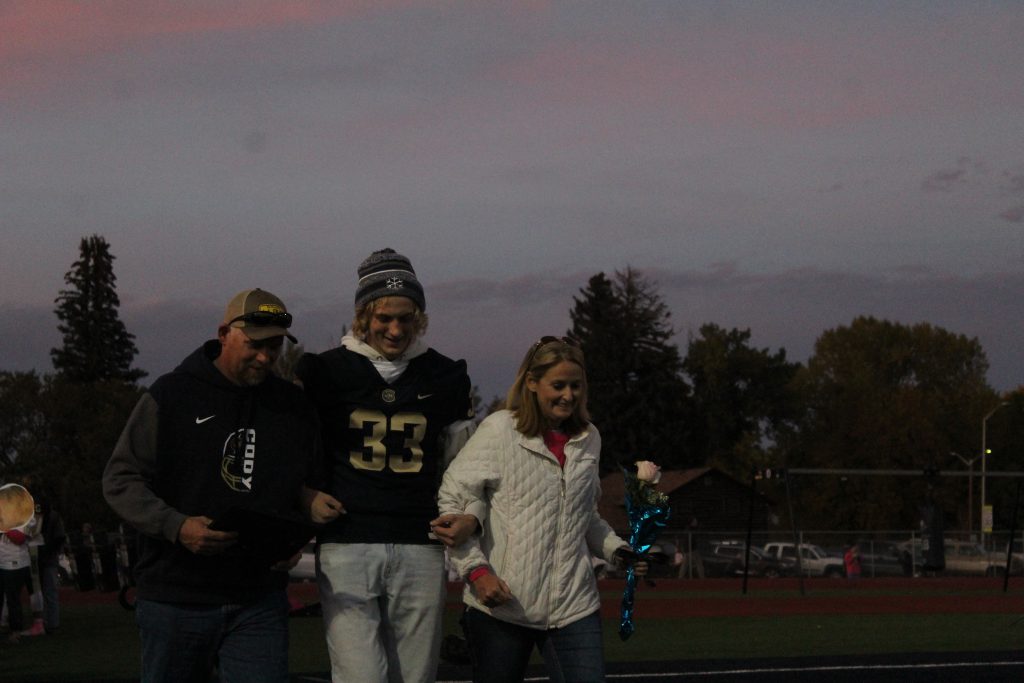 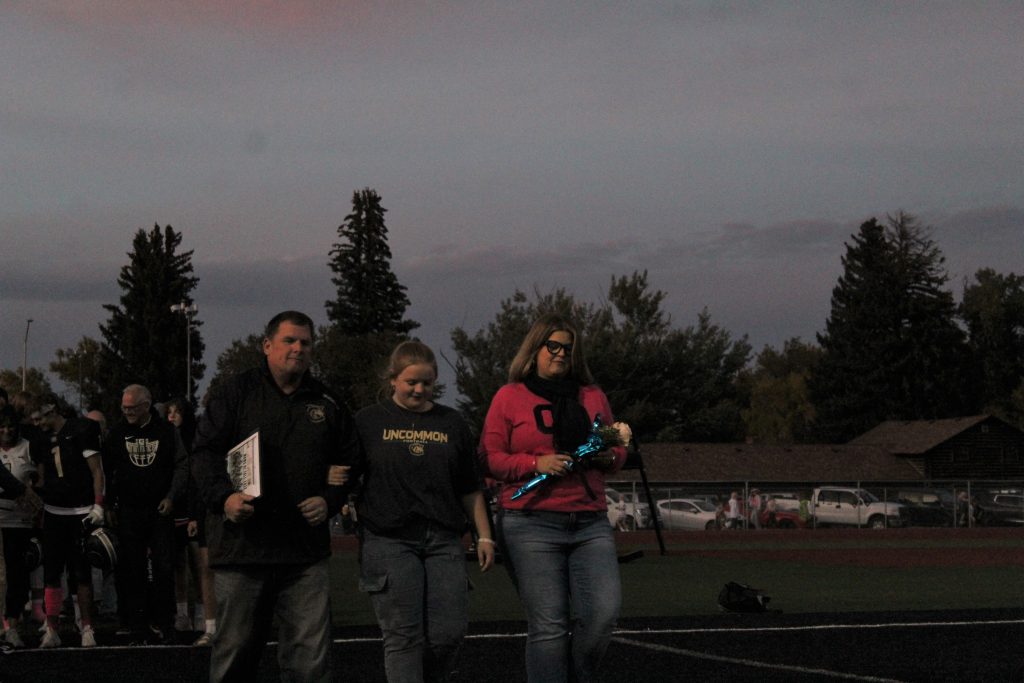 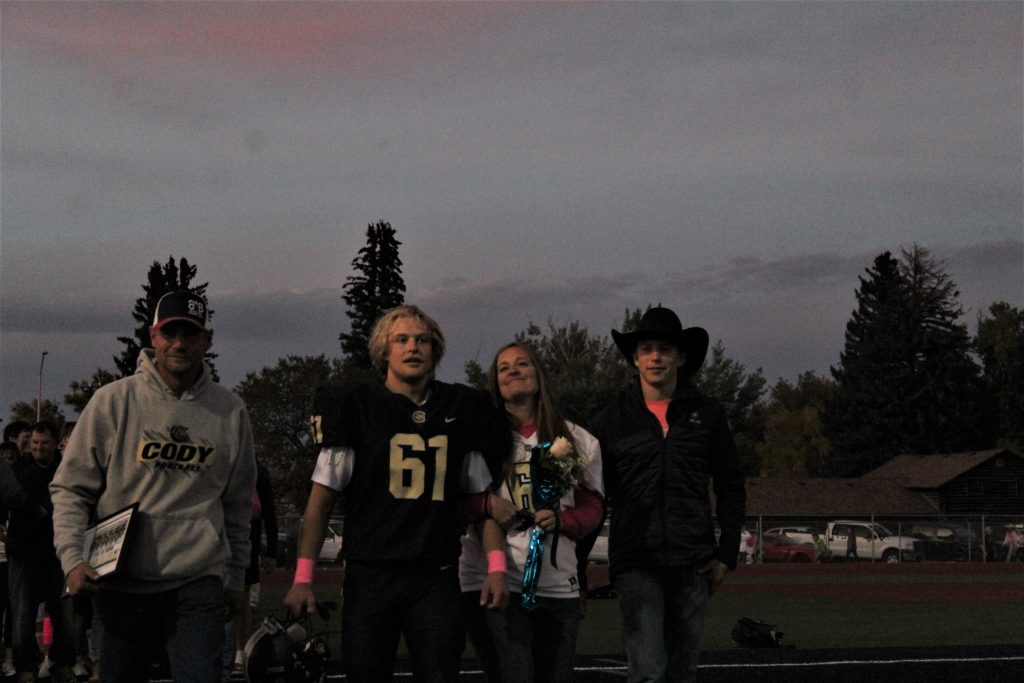 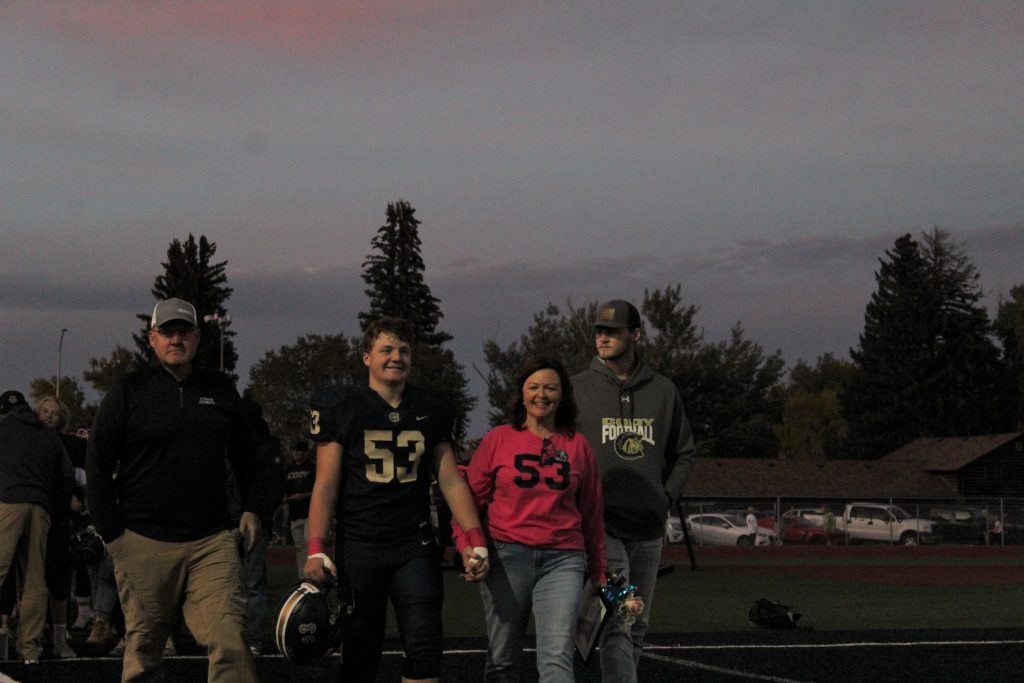 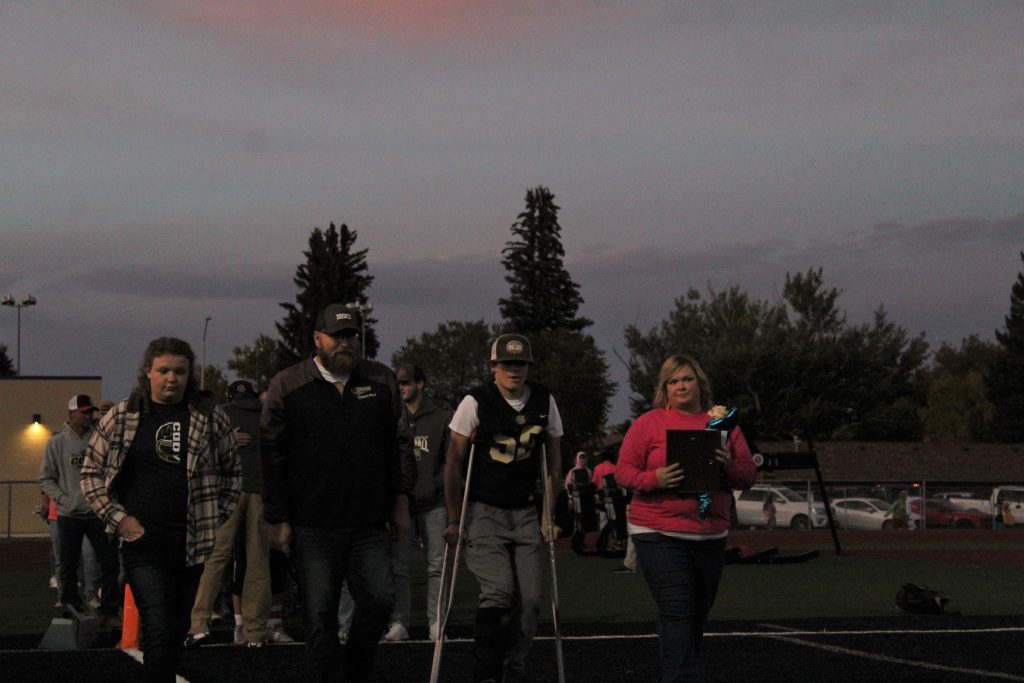 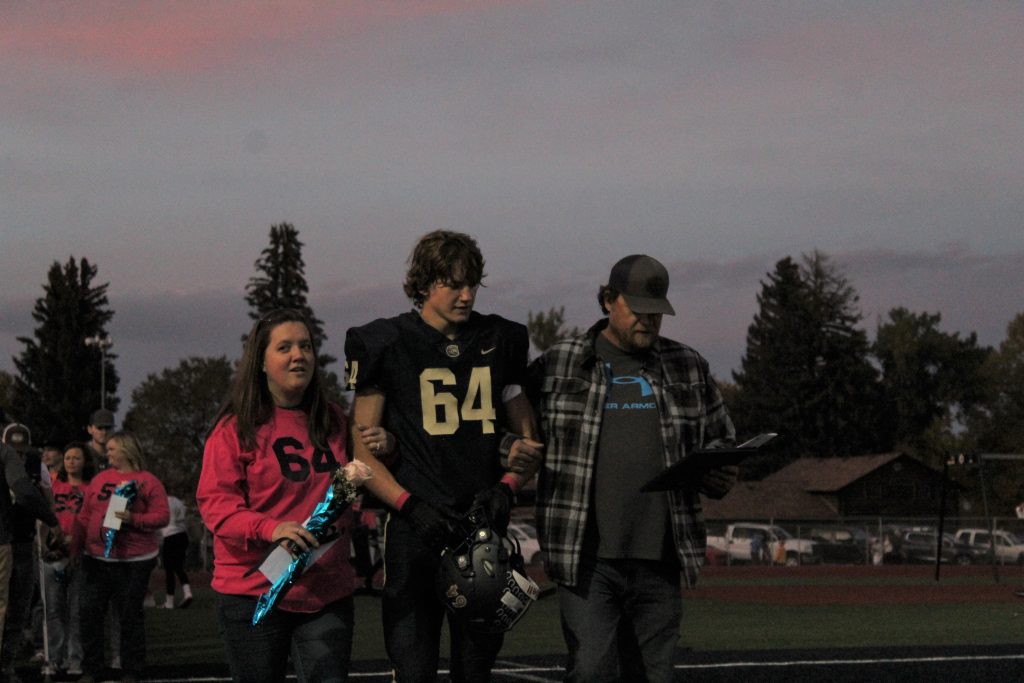 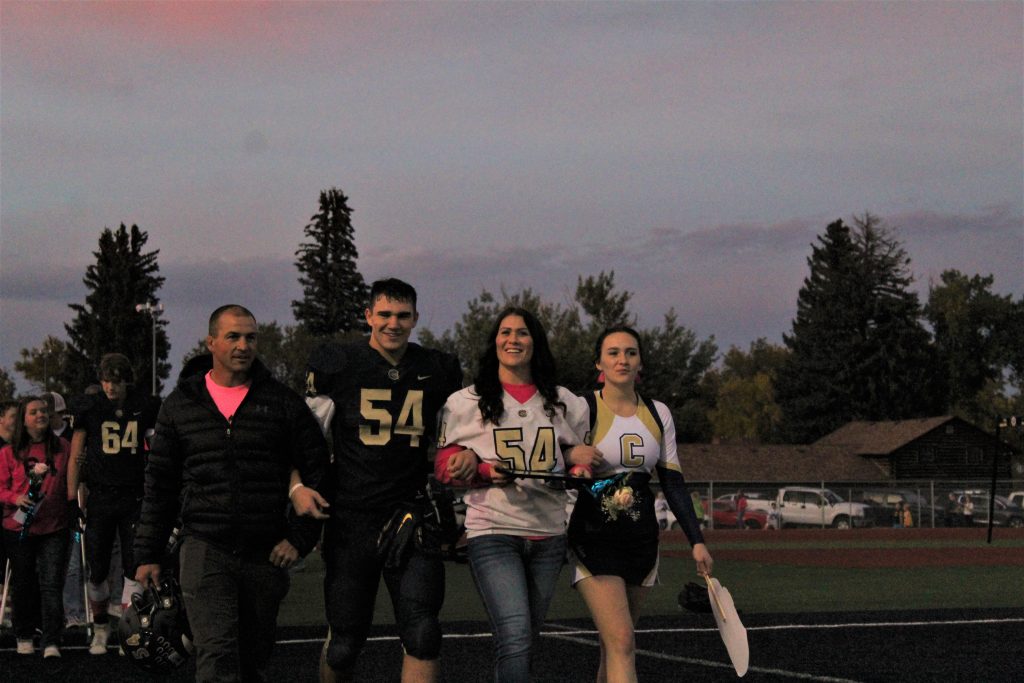 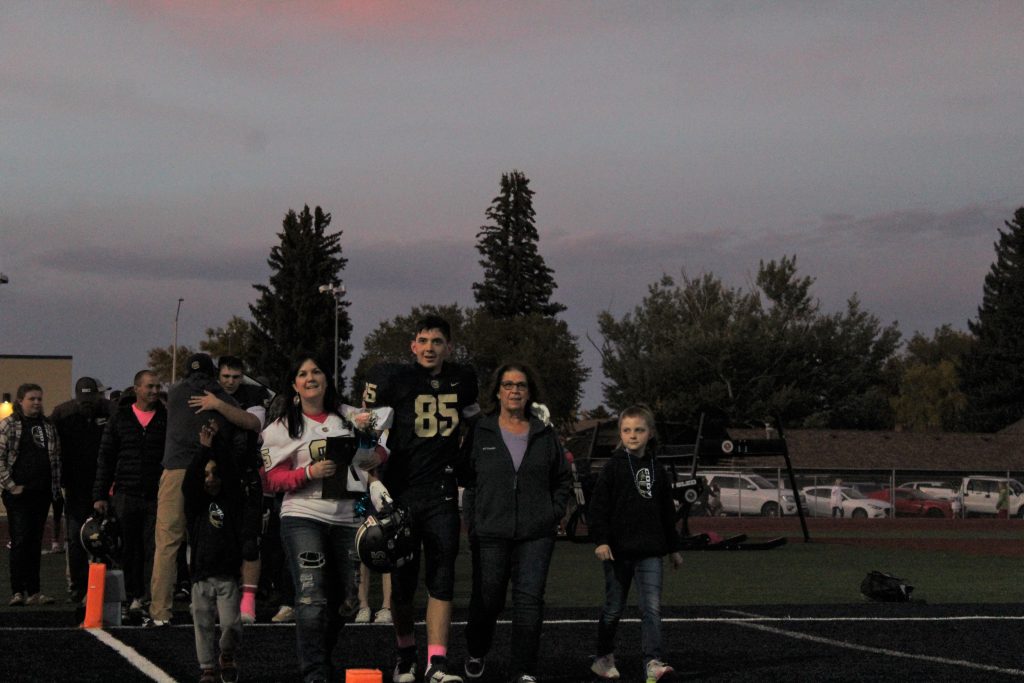 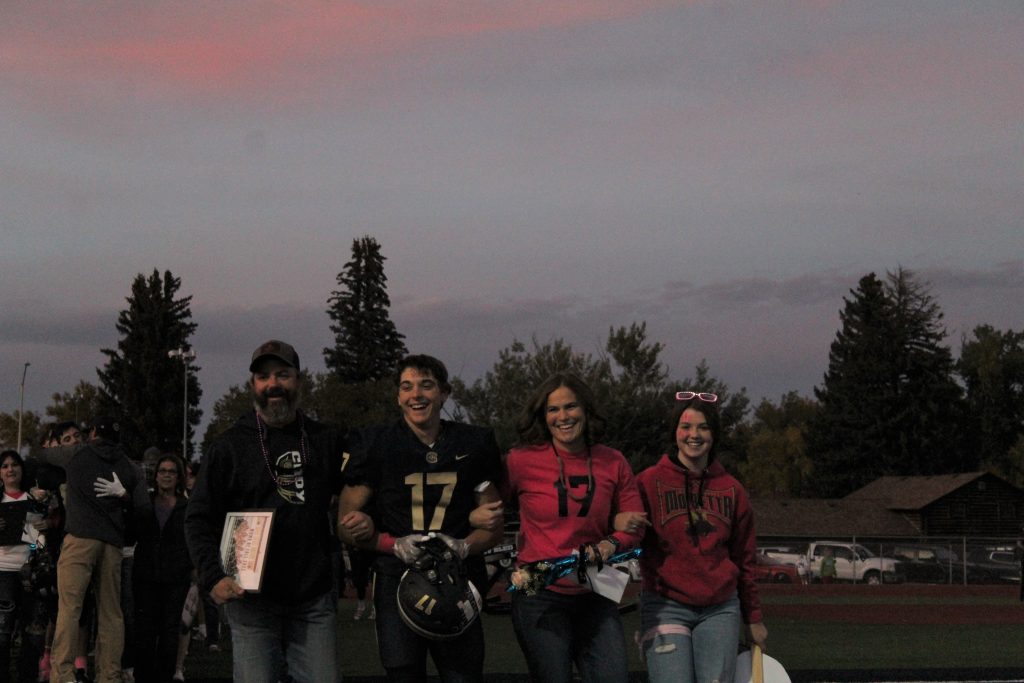 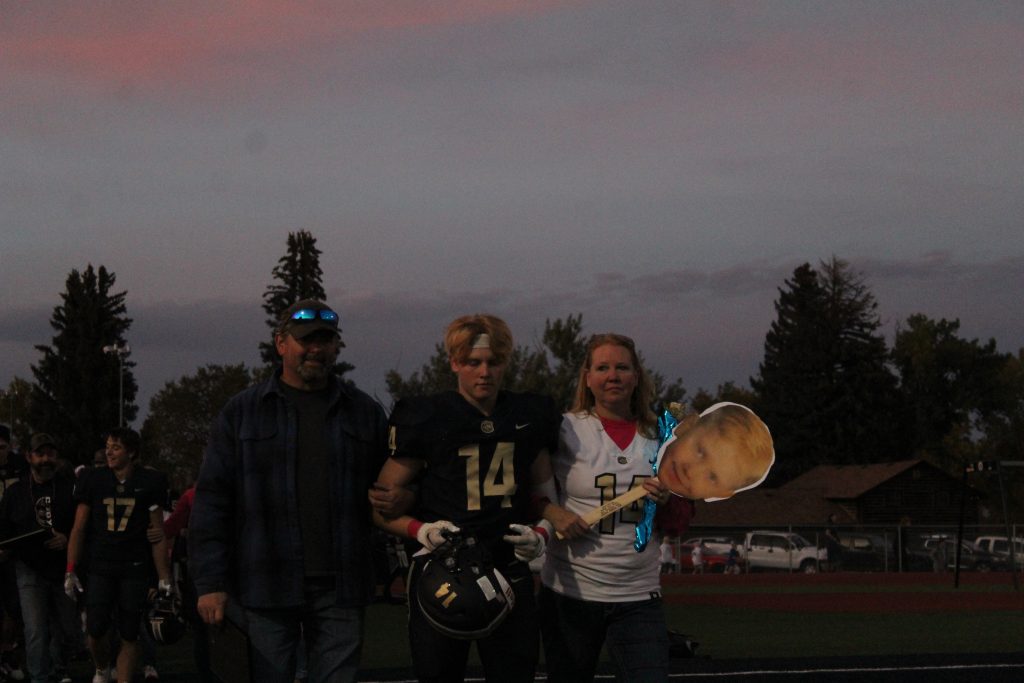 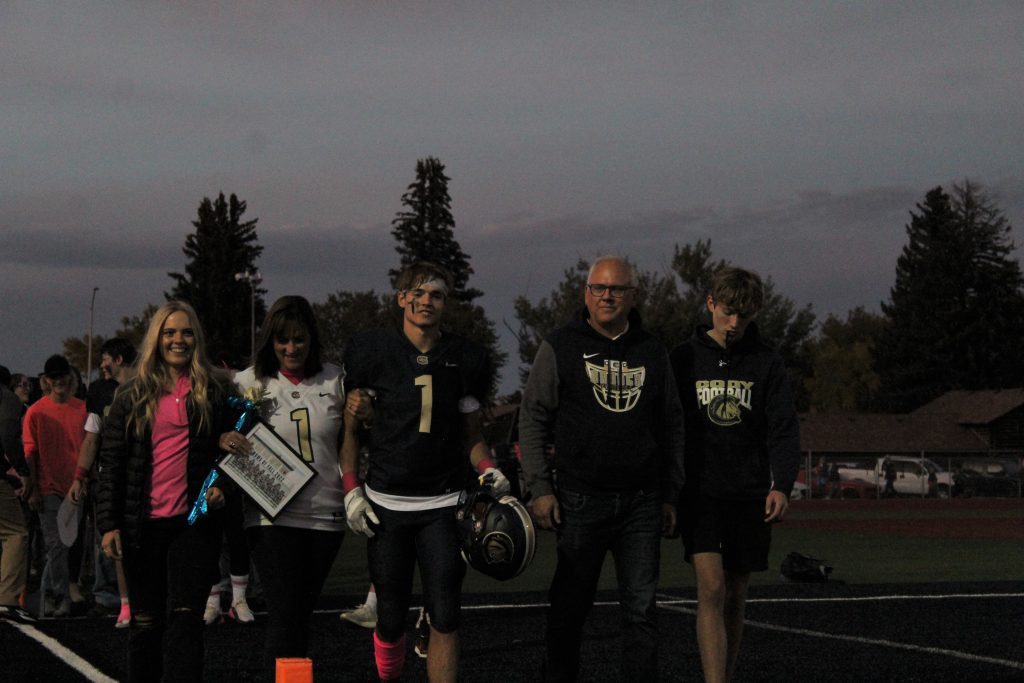 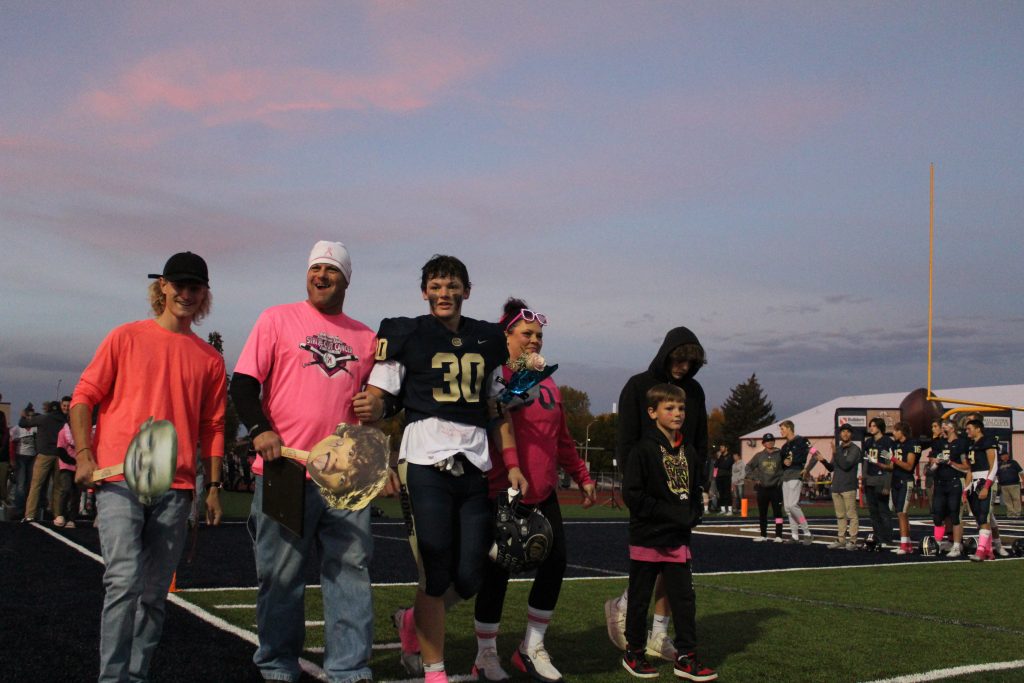 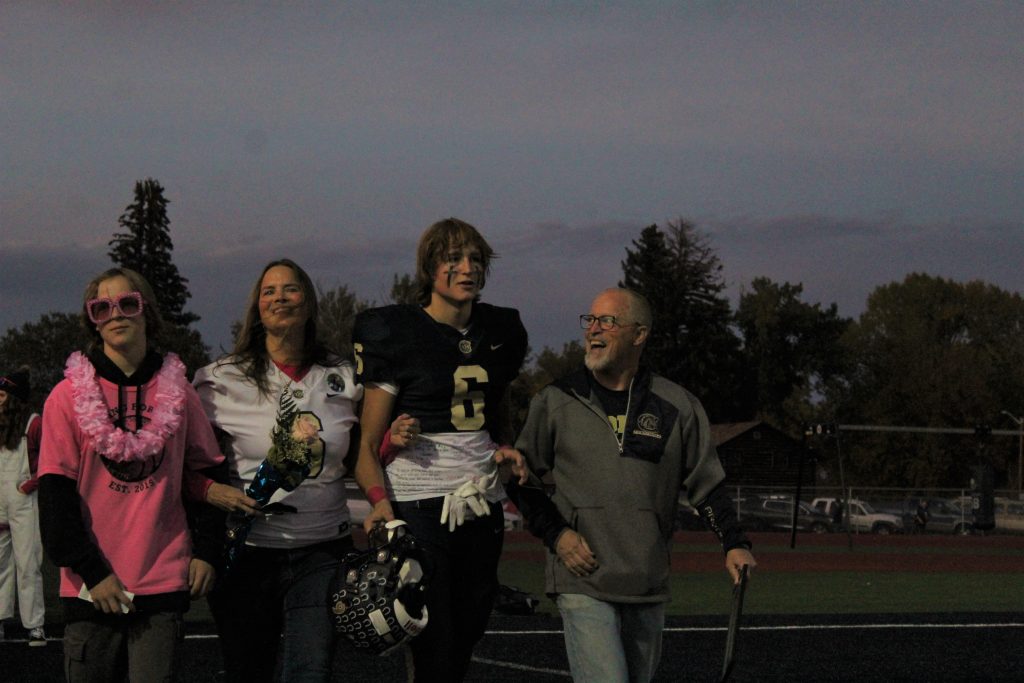 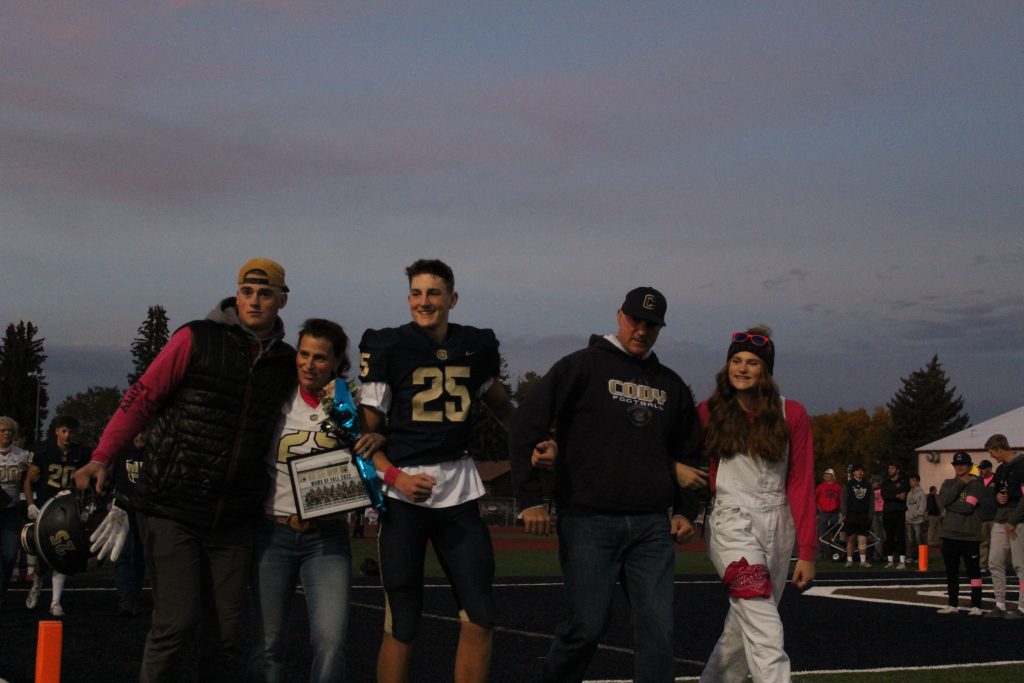 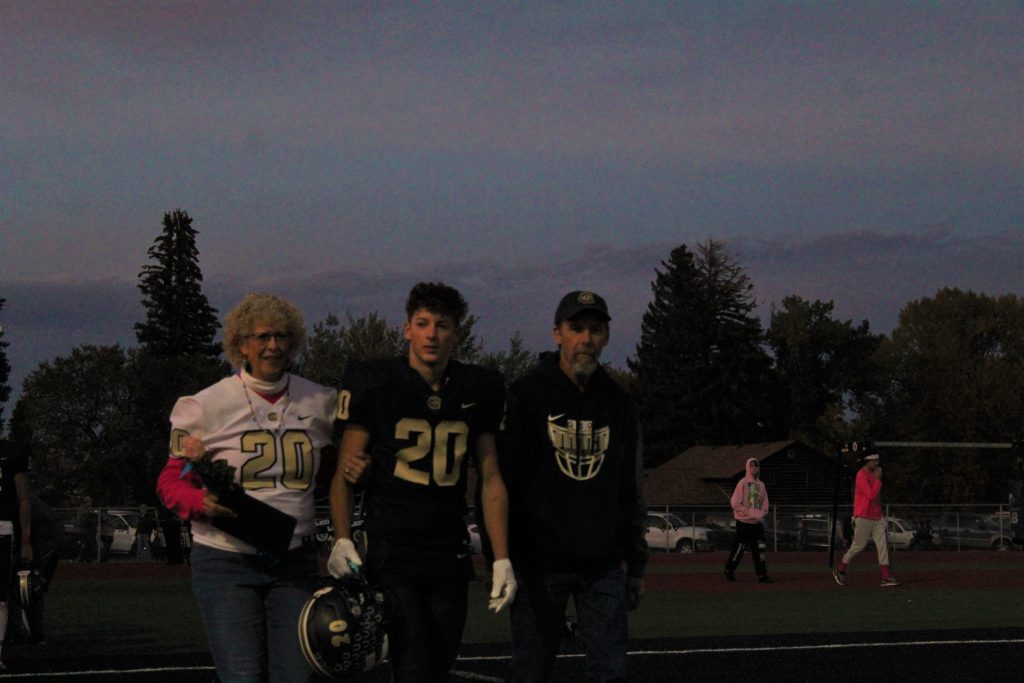 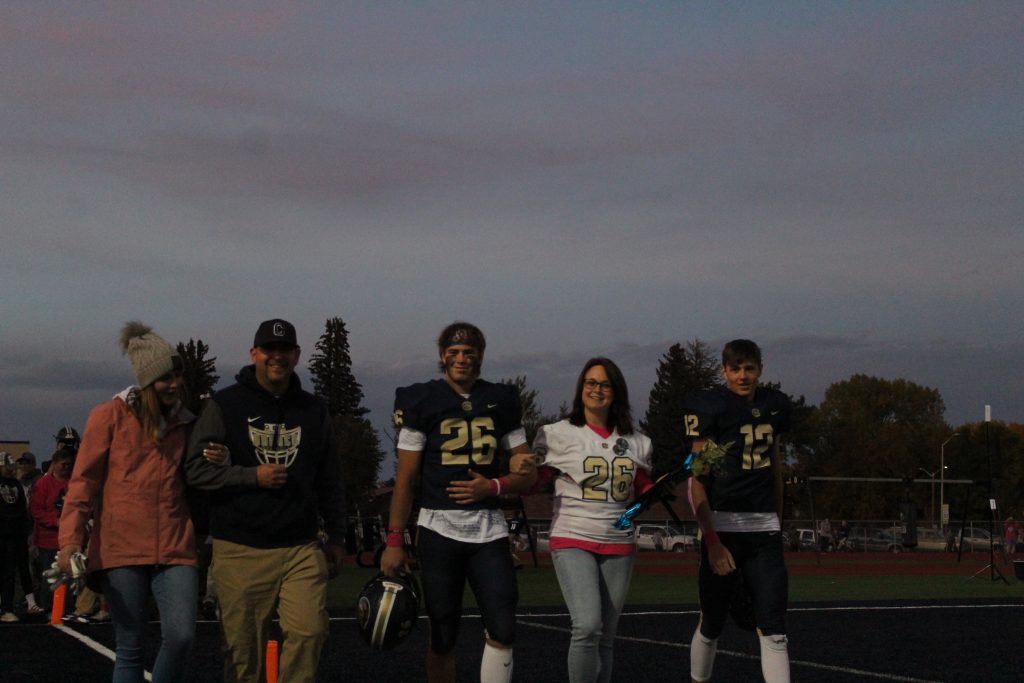 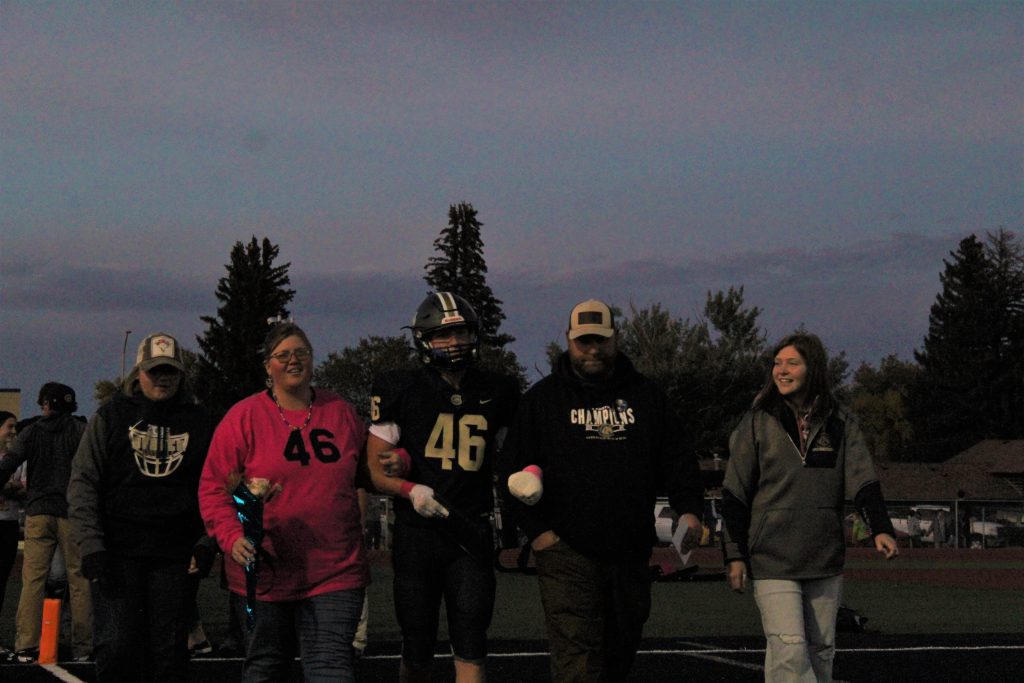 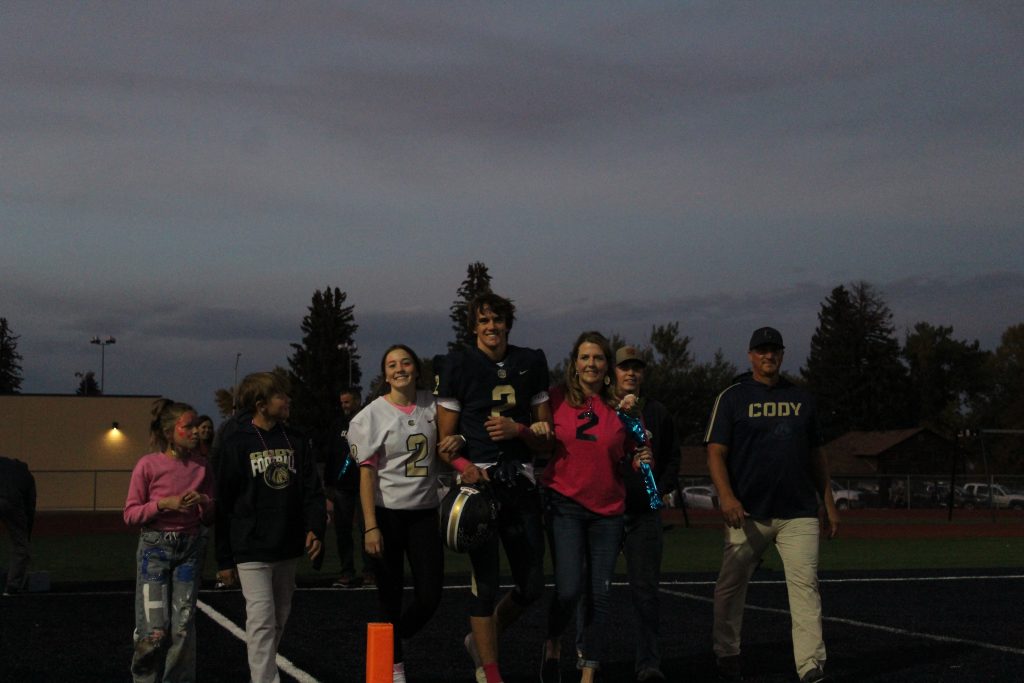 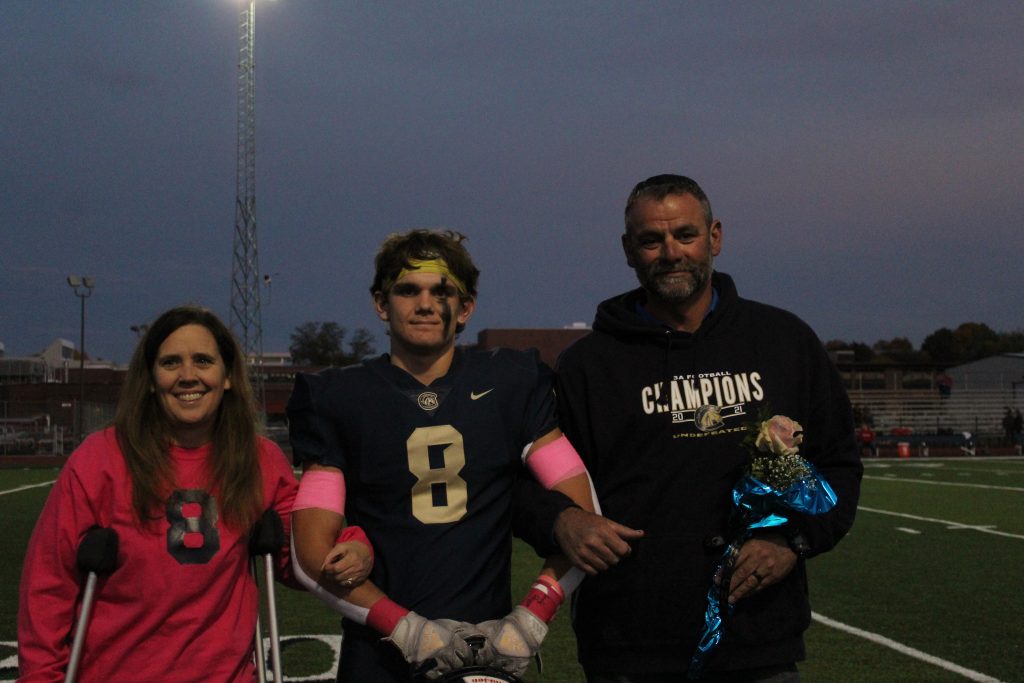