Conservation groups are seeking a five-mile “buffer zone” around Yellowstone, Grand Teton, and national forests where the hunting of wolves would be forbidden.

Recent actions by the governments of Montana and Idaho have reduced the protection of gray wolves in the Greater Yellowstone Ecosystem. Meanwhile, the Biden Administration has implied it will not return gray wolves to the Endangered Species List after being removed in 2020. 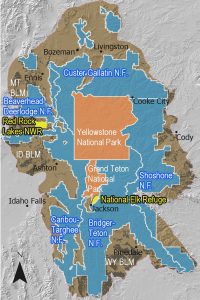 If approved by federal agencies, a five-mile buffer zone would surround the parks and forests of the Greater Yellowstone Ecosystem, where wolf hunting would be banned.

“This insanity of allowing the slaughter of national park wolves and endangering the public was enabled by Governor Gianforte and our legislature and must be stopped by the federal government,” said Stephen Capra, executive director of Footloose Montana. “It is time that they assume their rightful control over these federal forest lands, to protect wolves and all who come to witness their beauty and importance.”

The five-mile buffer zone would surround Yellowstone and Grand Teton Nationals Parks and all four national forests adjacent to the parks. Those forests are Custer-Gallatin, Caribou-Targhee, Bridger-Teton, and Shoshone.

This urgent effort likely stems from the recent killing of three Yellowstone wolves in September. The wolves – part of the famous Junction Butte Pack – were killed on private land after crossing the park boundary. It was the first week of Montana’s wolf hunting season.

The organizations and individuals requesting urgent attention have sent letters to several federal officials. Their support would be needed to implement such a zone.

Footloose Montana justifies the buffer zone effort not only for the benefit of wolves but the best interests of the safety of wilderness explorers.

“Their request notes that Yellowstone guides take wolf watchers on the same popular trails into the parks that armed hunters and trappers use to line up on the boundary. The potential for conflict and random bullets from hunters shooting at wolves is high. Hikers could also step into a wolf foothold trap or even a snare and not be able to get out. Any one of those possibilities could be fatal.”

Further points in favor of the five-mile buffer zone are reducing human-grizzly conflicts, and the economic benefit of wolves as part of the $500 million Yellowstone and Grand Teton contribute to regional economies every year. Wolf watching, in particular, makes $65 million a year, according to Footloose Montana.

“This year’s legislative agendas in Montana and Idaho have proven that the states are incapable of properly managing gray wolves,” said Jocelyn Leroux, Washington and Montana director for the Western Watersheds Project. “The five-mile hunting and trapping setback is a common-sense move that the Forest Service can take to ensure Yellowstone wolves retain protections that the states callously removed.”

Implementing a buffer zone would face fierce opposition from state governments and private landowners in the Greater Yellowstone Ecosystem. Given this – and the need for all federal agencies to agree to such a zone – it seems unlikely to come to fruition. 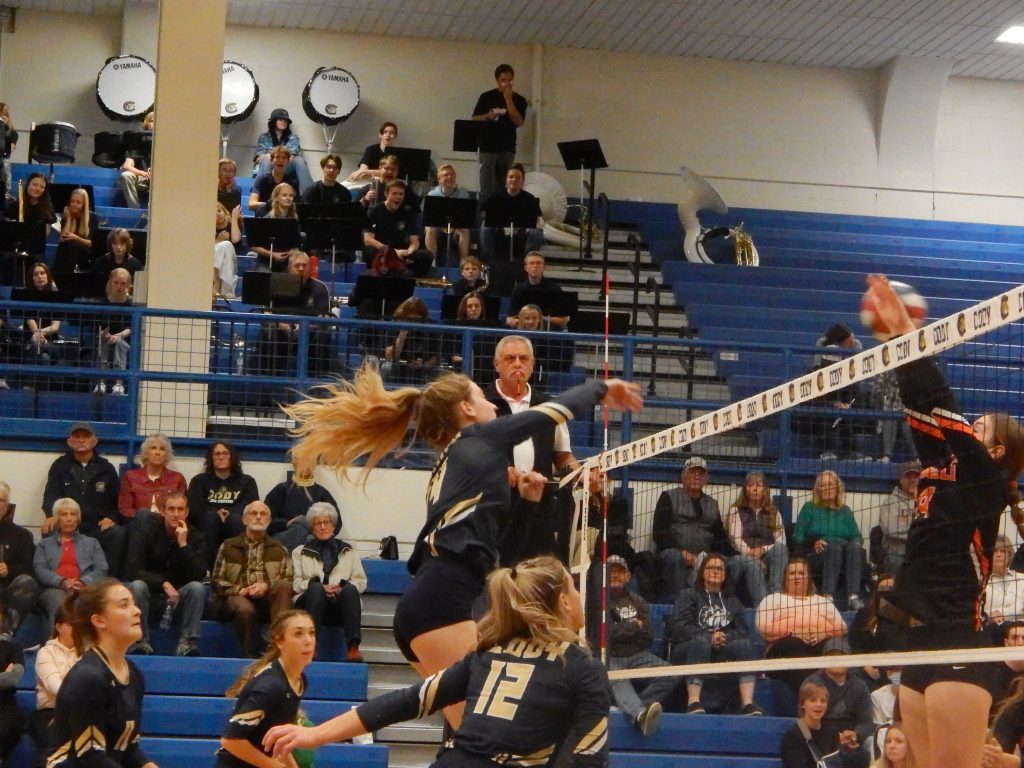 Cody Pummels Worland in First Round of Playoffs