Crater Ridge Fire Slows Down & Cools Down in Bighorn NF

In what could be the final daily update, the Crater Ridge Fire is cooling off while weeks of mitigation efforts in Bighorn National Forest are paying off.

The latest daily update from the Wyoming Type 3 I.M.T. Team 2 managing the Crater Ridge Fire may be the last. Actions being taken by on-the-ground personnel in Bighorn National Forest suggest the active effort against the fire is winding down.

On Wednesday, Aug. 25, the Crater Ridge Fire was 6,232 acres and 29% contained. The fire consumed 2,000 acres in a single week, fueled by dry timber and fanned by high temperatures and strong winds.

While the fire remains active, its growth has significantly slowed. Within the last week, there’s been an increase of only 20 acres.

This is a far cry from just a few weeks ago when record heat and strong winds caused the fire to explode in growth. Then, the fire was extremely active in late August and grew from 3,000 to 6,000 acres in two weeks.

September is bringing much-needed autumn weather to the fight. Temperatures cooled down thanks to a cold front moving into the fire area. Winds were also lighter, maxing out at 20 mph.

Aviation has been one of the most valuable tools in fighting the Crater Ridge Fire. In addition to helicopters dropping buckets of water, drones and fixed-wing aircraft equipped with infrared technology have helped find spot fires, allowing them to be immediately extinguished.

An infrared flight over the fire area on Tuesday showed a significant reduction in heat signatures compared to the last flight one week ago. Crews acted against flare-ups spotted on the north side of the fire, but so far, no spot fires have grown out of control. 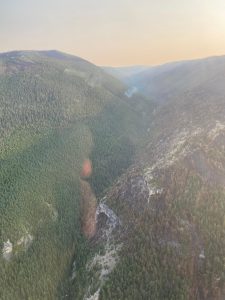 Now, firefighters are pulling their equipment. Hose lays on the south side of the fire are being gathered up – another sign that the fight may be ending.

This has been part of the full suppression strategy utilized since the fire was first spotted on July 17. Rather than spend time and resources fighting the flames directly, crews anticipated the fire’s future growth. Fire lines were constructed to contain that blaze once it reached the predicted point.

The Crater Ridge Fire won’t be fully extinguished until the first significant snowfall of the season. But daily updates on forest fires usually cease once the fire’s intensity lessens and is mostly under control.

Since the Crater Ridge Fire has not significantly grown for several days,  Bighorn National Forest fire officials have reassessed and reduced the size of the public safety closure area.

“We monitored the fire over the last few days of hot and windy weather to see if it would advance and threaten the Little Bighorn and Dry Fork drainages,” said District Ranger Brandon Houck. “Containment lines held, and there was little fire activity over this time.  While there is no guarantee it will not move again, this is an appropriate time to reduce the closure area.”

Fire officials understand that some hunters may continue to be impacted.  Officials are in close communication with the Wyoming Game and Fish Department to assess this situation.

Firefighters ask that people traveling on Forest Road 11 use caution and reduce their speed. Firefighters will still be using this road and distracted driving on the switchbacks, in particular, is a safety concern.

Pursuant to 16 United States Code (U.S.C.) 551 and 36 Code of Federal Regulations {C.F.R.)
261.50 (a) and (b), the following acts are prohibited on all National Forest System lands within the
Crater Ridge Fire area on the Bighorn National Forest, Big Horn County, Wyoming.

The Restricted Road and Trail are depicted on the attached map hereby incorporated into this order
as Exhibit A.

For the most up-to-date information on the Crater Ridge Fire, check out the fire’s InciWeb page. 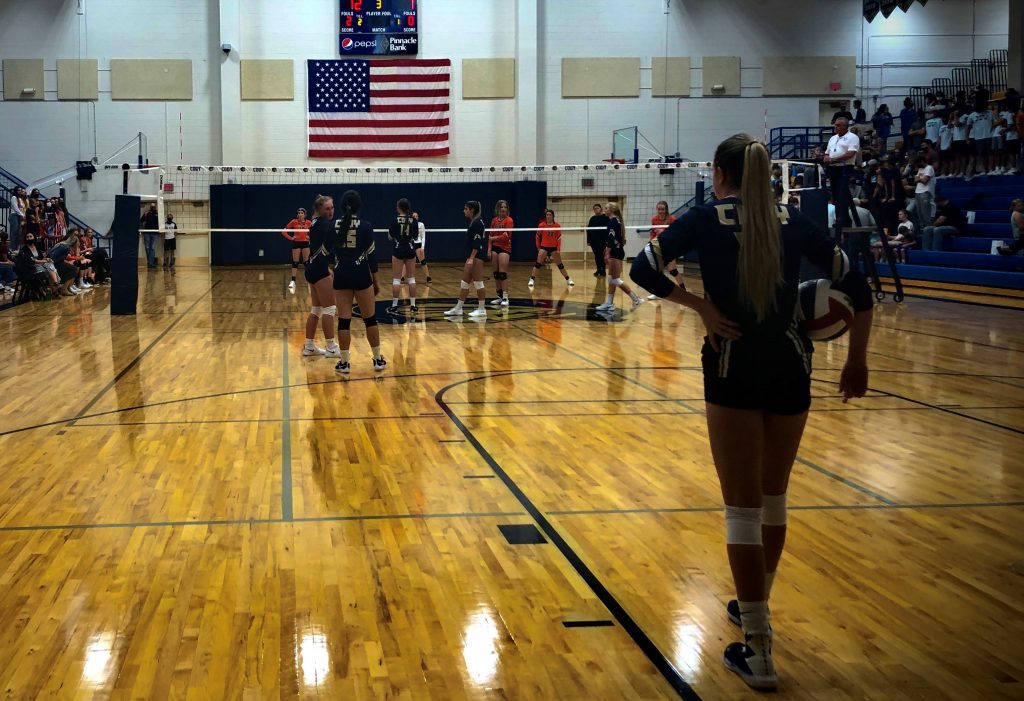