The Cody Basketball teams took to their home court one final time on Saturday as they hosted Riverton for Senior Day.

The Fillies would make history with their 60-26 win, becoming the first girls basketball team in Cody history to finish a regular season undefeated.

The Fillies cruised to their 19th win of the season. Izzy Radakovich, the Fillies lone senior, would score the first two points of the game, in her final contest on the home floor.

Ally Boysen led the way with 14 points while Molly Hays, Kennedi Niemann and Izy Radakovich all had 10.

Saturday was also senior day as that presentation took place between both games. Here’s a video of the senior recognition:

And here are some photos from the senior recognition: (Photos courtesy of/ © Brittany Brown): 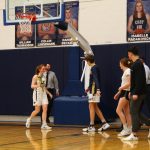 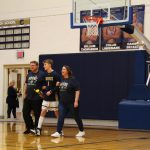 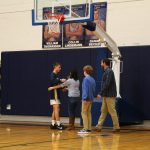 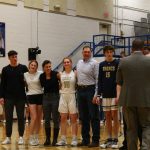 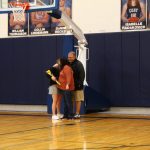 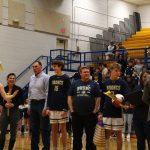 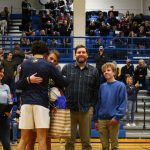 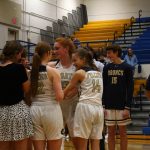 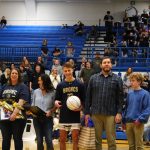 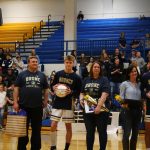 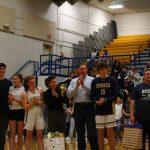 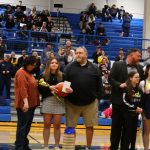 As for the Broncs, they would fight valiantly to the very end, taking the top team in the 4A west to the final buzzer. The Broncs would lose 58-54.

It was 23 all heading into the halftime brak thanks to an Eli Johnston buzzer beating three but in the end Riverton had just a bit more steam in the end.

However, a game like this for the Broncs could be just what they need heading into the Regional Tournament.

Luke Talich and Grady McCarten would lead the way, both dropping in 17 points.

With the loss the Broncs finished the season 6-13 overall, 4-6 in conference play.

The Fillies are the No. 1 Seed heading into the Class 4A West Regional Tournament while the Broncs have earned the No. 4 seed. The Regional Tourney will take place in Riverton. Both teams will open Regional play against Jackson on Thursday. Broncs to get underway at 5pm with the Fillies to follow at 6:30.

Full game audio replay of Cody Vs. Riverton, on senior day, can be heard here: