Fire Ongoing but Under Control at Green Acres Mobile Park

It’s been confirmed by the Park County Fire District that the fire at Green Acres started at 6:30 p.m. on May 18th, 2022. Firefighters and investigators are still on the scene as of this morning.

“We don’t have any determination of cause,” Jerry Parker of Park County Fire Protection says. The Forest Service and the Bureau of Land Management were on the scene last night when the fire started. The fire teams were comprised of crews from Cody, Wapiti, and Crandall. 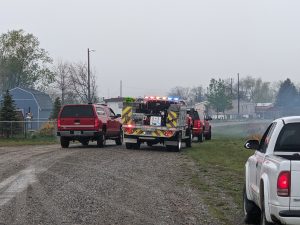 The mixture of rain and snow was a saving grace this morning as it helped dampen the fire. “The big fear last night was we were expecting heavy winds, that was the big fear,” Parker said. The rough estimate, currently, is that the total spread of the fire falls somewhere between “60 and 70 acres.” 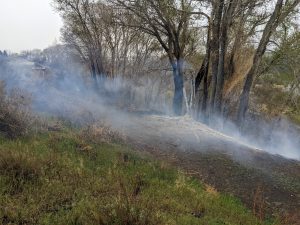 This story will be updated as more information becomes available as the cause of the fire is under investigation.