In the market for an Italian restaurant?

Cody’s Il Pardrino is once again for sale, according to a Youtube video posted on February 14th by Scott Richard of Richard Realty. The video’s description reads: IL Padrino Italian & American Restaurant is located in the heart of Cody, WY in the 1200 block of Sheridan Ave. With over 4 million visitors to Yellowstone National Park a year the restaurant gets an abundant flow of foot & vehicle traffic in the peak tourist season. It’s also considered by many locals to be the nicest restaurant in Cody because of its exceptional food, service, & atmosphere.

The Il Padrino has changed hands as recently as last March, and its reputation has been mixed in recent years. The only comment on the aforementioned video reads: “Hopefully a new owner can fix the bad food stigma attached to this name. bad food is normal at all cody wy down town restaurants.”

There is no price listed in the video, but Richard Realty’s phone number is listed for any inquiries.

Tagged as For Sale Sheridan Avenue

Cody Basketball Swept over the Weekend

Be Aware of Ice on the South Fork 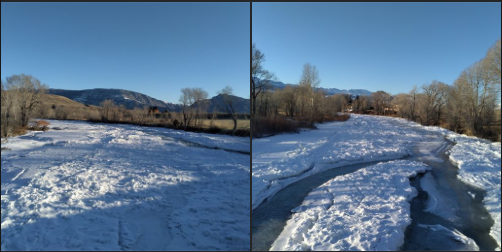