Wyoming Department of Transportation personnel are monitoring a new slide between Shell and Shell Falls in a steep section of Highway 14.
Movement of the highway was first noticed last week when new cracks appeared in the paved roadway. Wyoming Department of Transportation District Engineer Pete Hallsten says the mass of the slide has dropped about 2-3 feet, and the slide is still moving downhill. 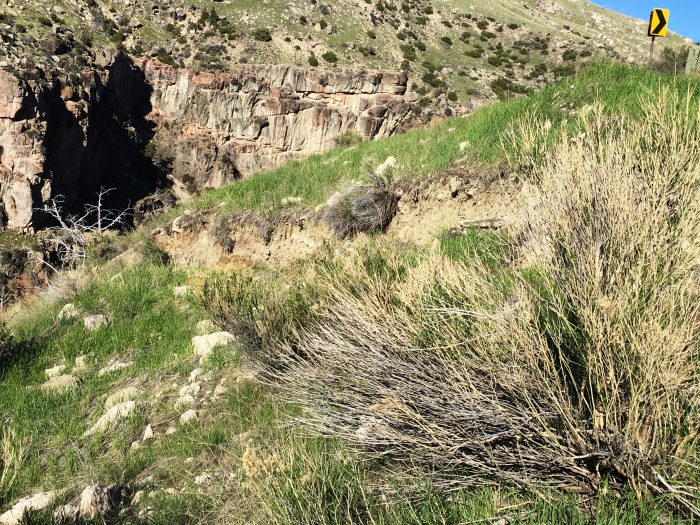 Cody Beers with WYDOT says that because of the soil instability, a 30 mph speed limit,12-foot width restriction, and a 48,000-pound weight limit has been placed on about a half-mile of Highway 14 inside Shell Canyon, between Greybull and Burgess Junction.
Hallsten says that at the recommendation of WYDOT geologists, the ditch has been filled in and two-way traffic is being maintained through the slide area.