The Marquette Mammoth has left its resting place.
Less than a week after its discovery was reported to the Bureau of Reclamation, the remains of a mammoth have been safely removed from where it has lain silently for thousands of years, and transferred to the University of Wyoming for further study.
Bonnie Smith, curatorial assistant at the Draper Museum of Natural History, was part of the team that carefully uncovered and preserved the bones of the prehistoric mammal, which was found on the eastern shore of the Buffalo Bill Reservoir early last week. The reservoir had been lowered significantly by the Bureau of Reclamation in anticipation of higher than average snowmelt runoff – which exposed the rare find. 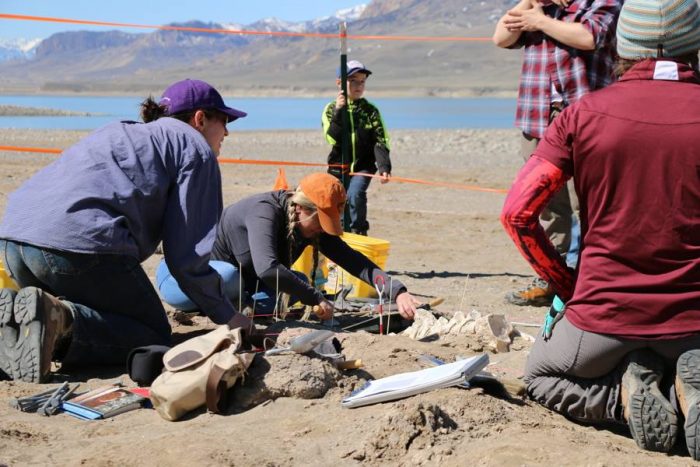 Smith, who has a degree in anthropology with a focus on archaeology, says that once the news got out that the remains had been found, a team from the state archaeology office moved quickly.
Smith says that in addition to the mammoth skeleton, workers also discovered bones from other animals.
Smith says the mammoth was tagged as the Marquette Mammoth, because both the historic town and the ancient animal had been submerged in the same place.
Smith adds that the next step for the mammoth will be for researchers to date it to determine its actual age, as well as which classification of mammoth it is.
Photos by Kim Zierlein and Bonnie Smith

Drug Take Back Day This Saturday