Despite national attention and a presidential endorsement, the much-touted “crossover voting bill” was dead on arrival in the Wyoming House of Representatives.

Senate File 97 was one of the most infamous bills submitted for the 66th Wyoming Legislature’s 2022 Budget Session. If passed, Senate File 97 would have prevented Wyoming voters from changing their party affiliation on the day of a general election.

In late February, the bill was introduced and passed through the Senate Subcommittee on Corporations, Elections & Political Subdivisions. The bill was later passed by the whole Wyoming Senate.

However, Senate File 97 met its end in the Wyoming House of Representatives, where it wasn’t even considered.

According to the Cowboy State Daily, the Appropriations Committee heard more than an hour of public testimony on Monday regarding the bill. A vote by the committee prevented the file from reaching the House floor.

One testimony came from Wyoming political blogger and analyst Gail Symon. In February, Symon said that analysis of the 2018 Election showed crossover voters did not make any significant impact on the outcome of that year’s gubernatorial race.

Symons revealed another fascinating observation in her testimony. Numbers between 2018 and 2020 showed that more Republicans switched to Democrat than vice versa.

“While there might be a lot of communications…the truth is, it’s not translating into actions,” she told the committee. “By no means do I think it’s appropriate to change party and vote for no other reason than to mess with somebody else’s nominations. My point is the data shows that is not happening.” 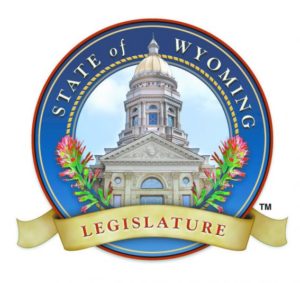 This information is intriguing given the momentum to end day-of crossover voting was driven by Wyoming Republicans.

In 2018, Wyoming gubernatorial candidate Foster Friess claimed he lost his election due to crossover voting – he didn’t. The current effort is based on the possibility the same practice could result in U.S. House incumbent Liz Cheney winning the upcoming Republican primary.

The crossover voting bill gained national attention when it was endorsed by former President Donald Trump. His support was mainly due to the bill’s potential to oust Cheney in the 2022 midterms

Now, the issue is moot. While a future effort to end crossover voting may be successful, the practice will be in place for the 2022 mid-term elections.

Senate File 97 wouldn’t have ended crossover voting altogether.  Anyone who wanted to change party affiliation would have needed to do so about three months before or between the primary and general elections.on.”